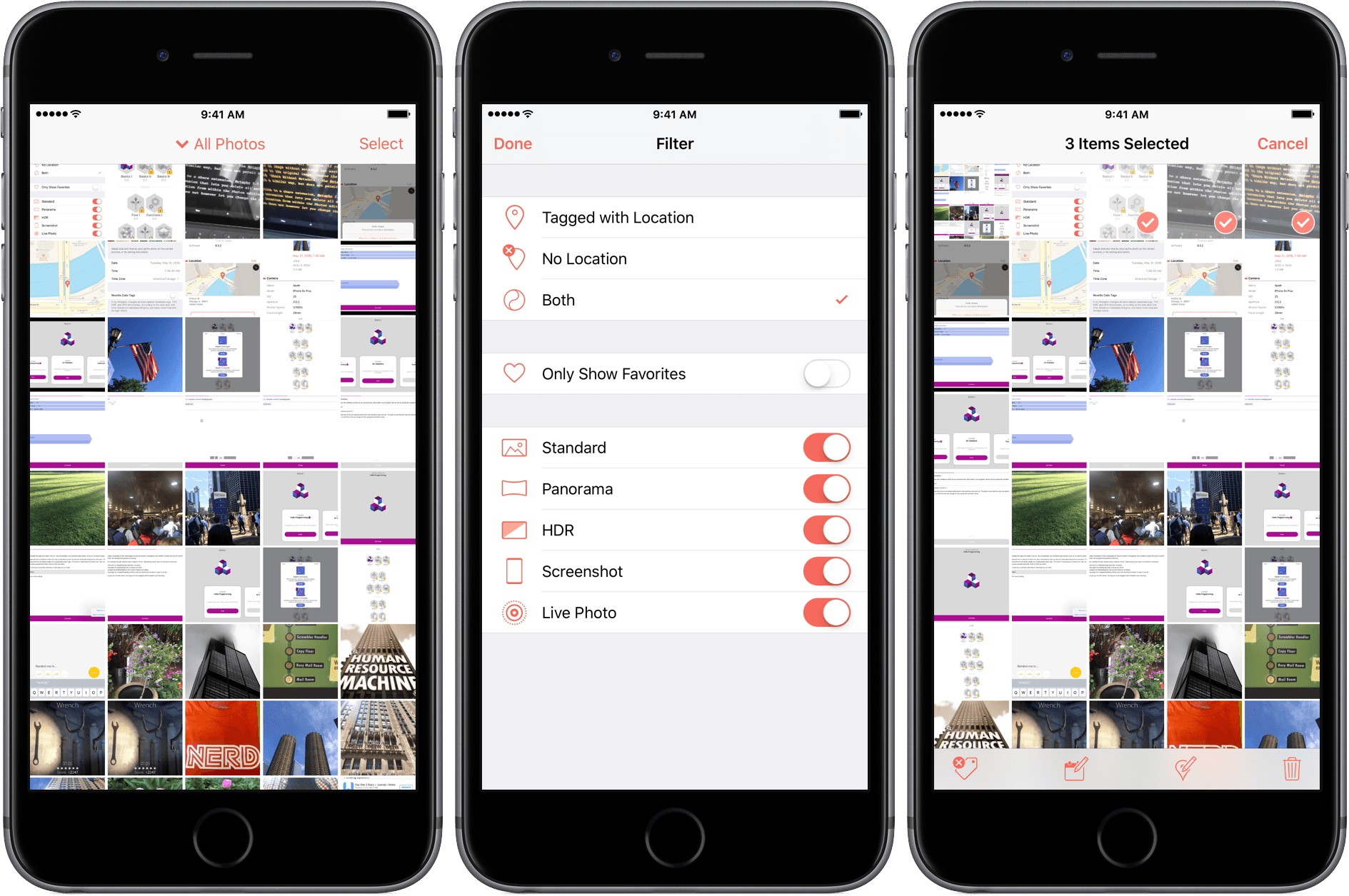 Metapho is an iOS photo utility for accessing, editing, and removing photo metadata. Whether you want to share a photo without the metadata associated with it for privacy reasons, make edits to that metadata, or add metadata such as a location to photos that have none, Metapho has you covered. With version 2.0, a free update to current customers, Metapho has added batch editing, date editing, a photo library filter, and file name display.

Metapho makes sharing a photo without its metadata simple. To start, tap the share button in Metapho or use its share extension from within another photo app to display the photo’s metadata. In Metapho, there is a button at the bottom of the metadata that allows you to remove all metadata from the original image. In Metapho, you can also edit the date of the photo or change its location by dropping a pin on a map. Metadata you remove with Metapho can be restored at a later date tapping the ‘Restore Metadata’ button. 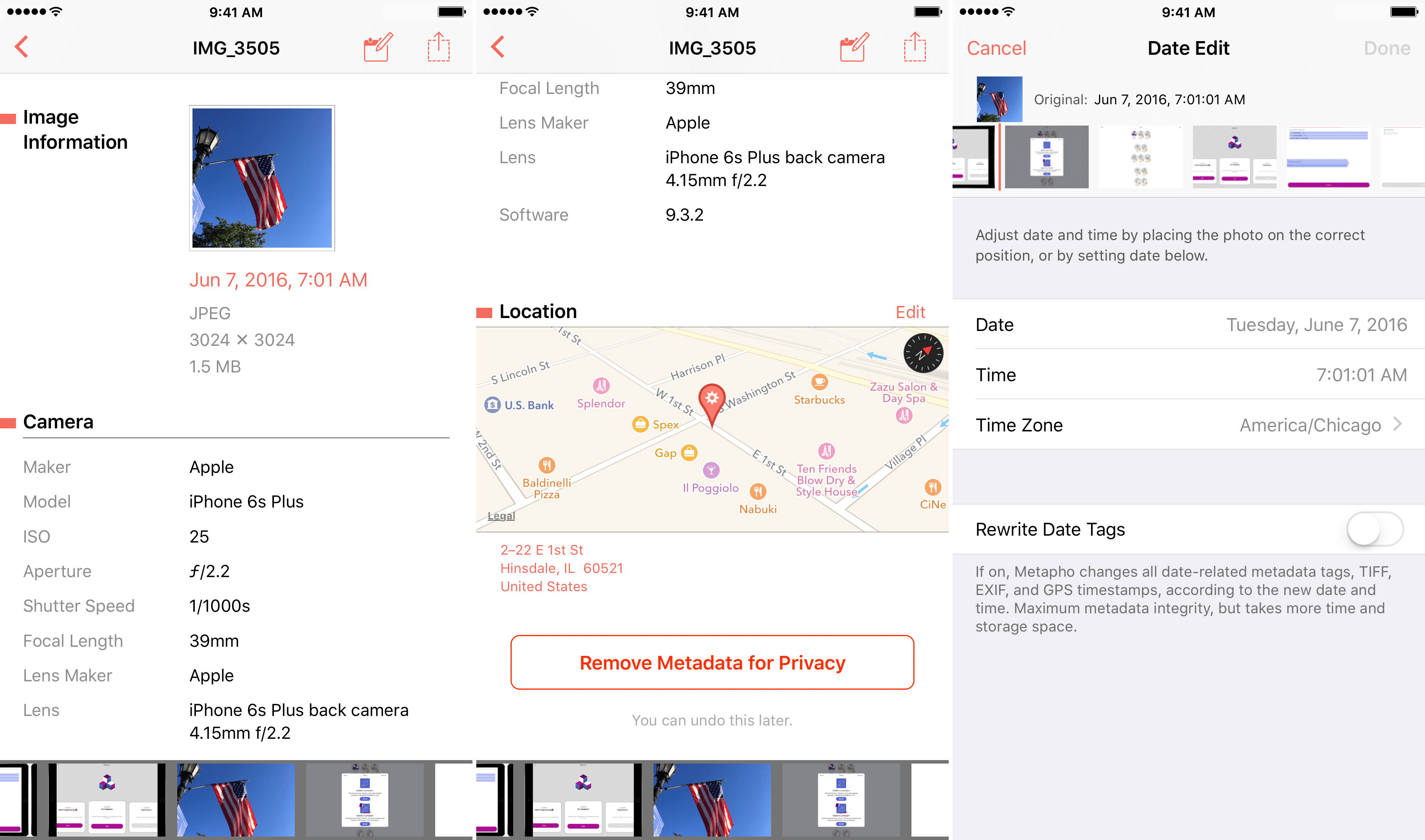 Removing and editing metadata in Metapho. 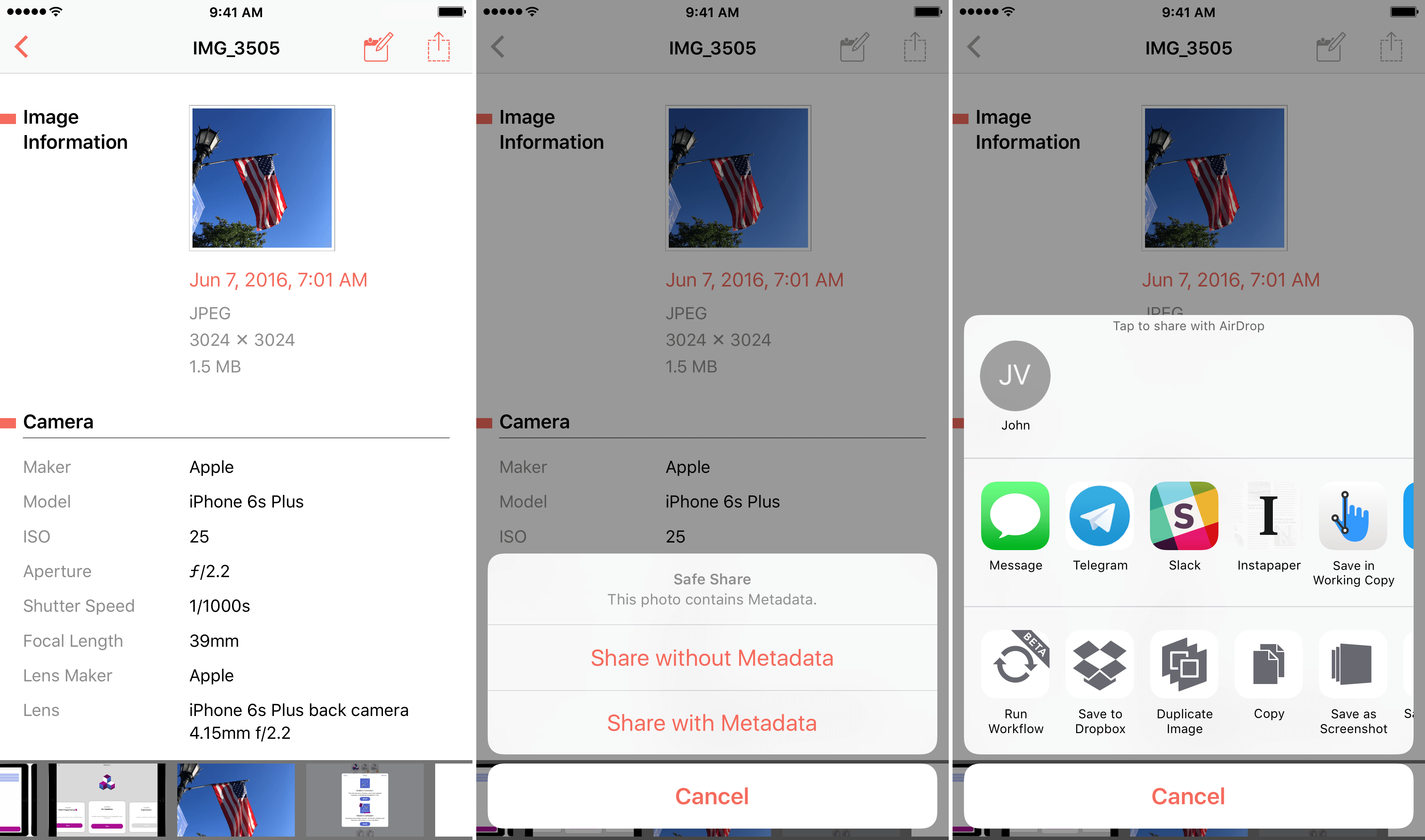 Metapho also features a photo editing extension that lets you delete all metadata or change a photo’s location from within the Photos app’s editing view. The photo extension does not, however, let you change the date of a photo. If you remove all metadata, it can be restored by selecting the photo from within the Metapho app.

In the main app, tapping on ‘All Photos’ in the navigation bar reveals a filter page, from which you can limit the photos displayed in Metapho based on whether they include location data, are marked as favorites, or meet other criteria. Batch editing is another nice addition to Metapho 2.0 that lets you select several photos at once and then remove all metadata, change date or location data, or delete them. 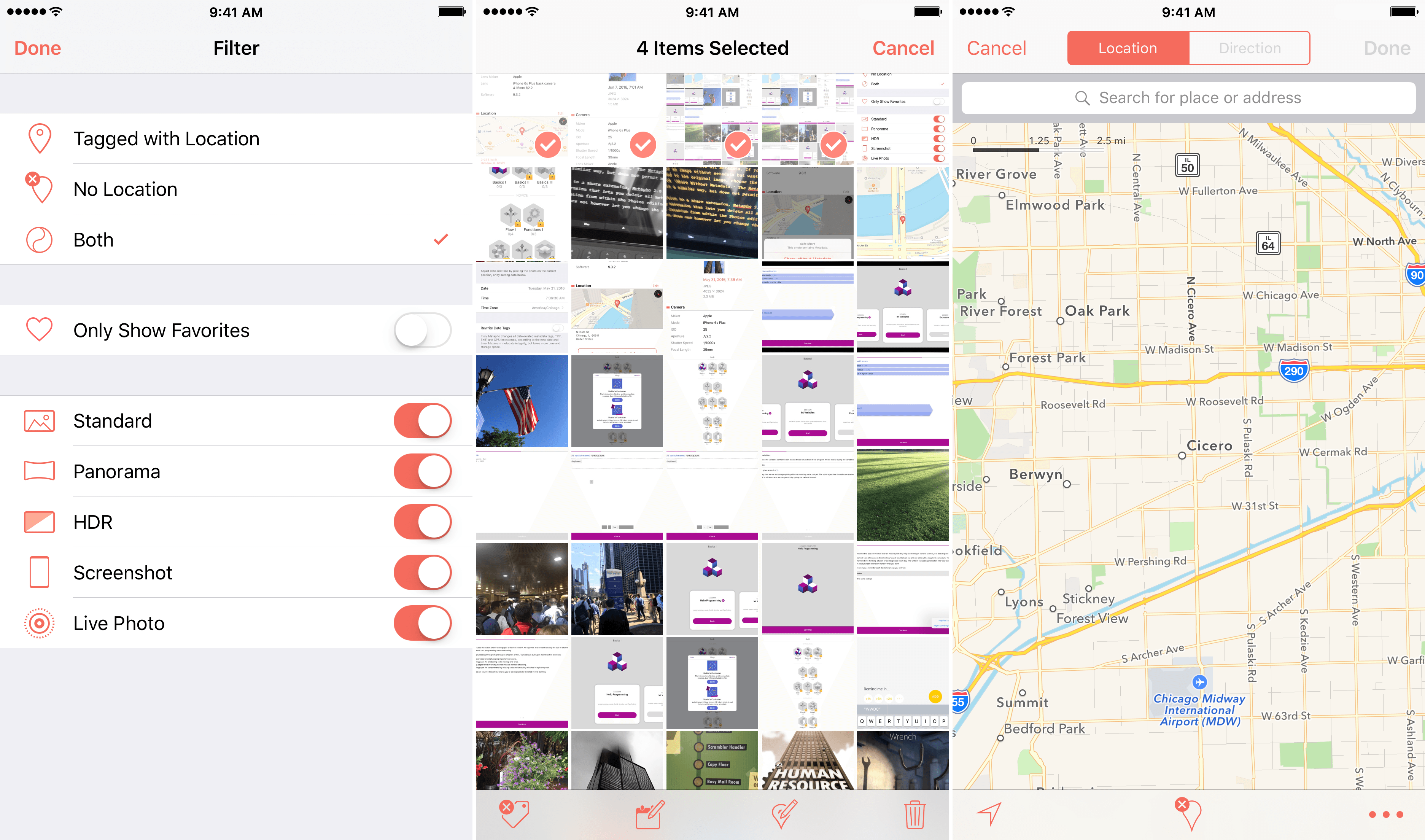 The strength of Metapho is that it takes the guesswork out of what you are (or are not) sharing by revealing the metadata before you share a photo and giving you an opportunity to remove or alter it before posting it somewhere. That’s not a need I have often, but it does come in handy when I want to limit what I am sharing with the world or fix photos with missing or incorrect metadata.

Metapho 2.0 is a free update to current customers. New customers can download the app for free on the App Store and unlock all of its features with an in-app purchase for $2.99.