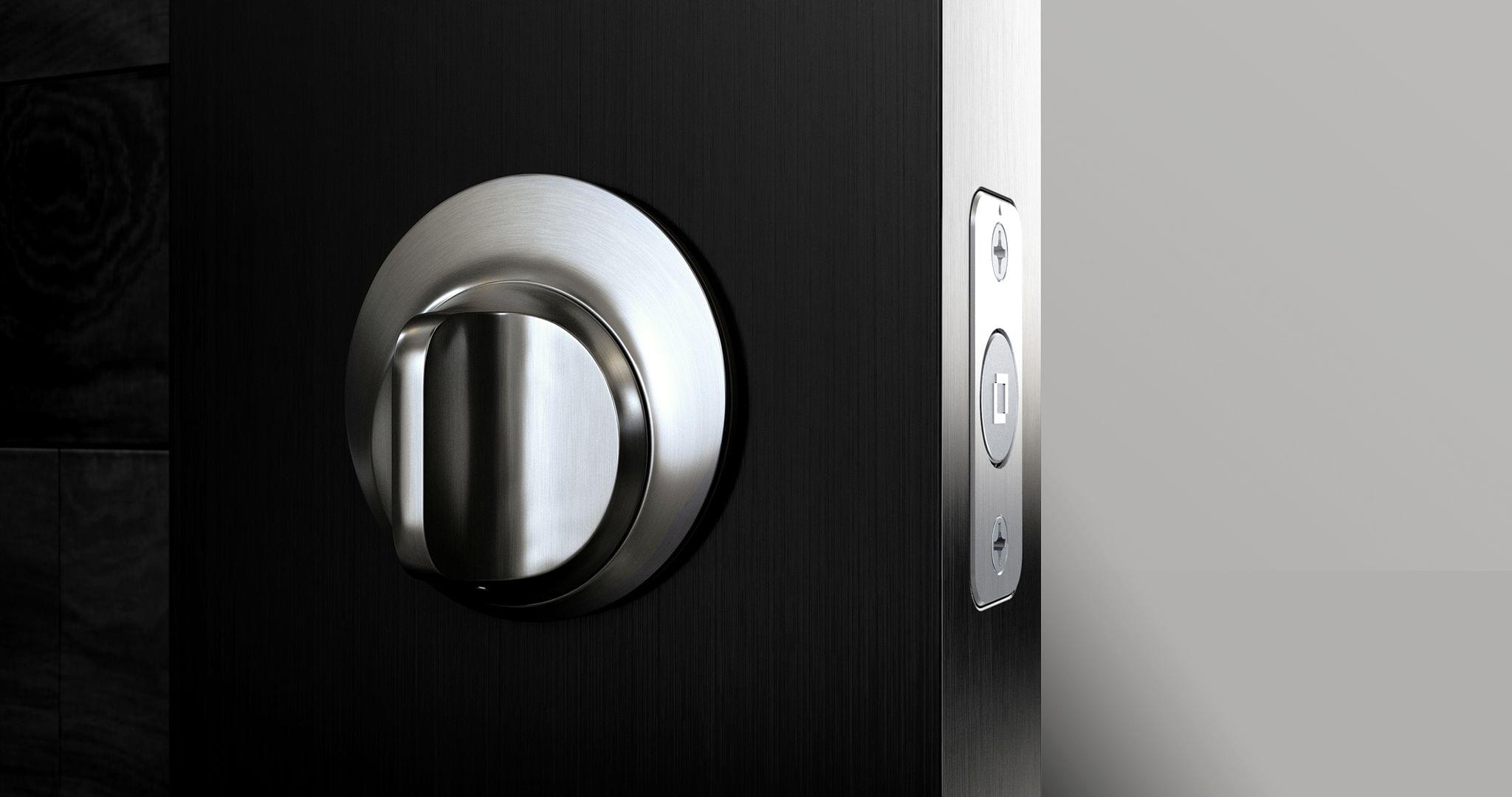 I’m fairly conservative about the HomeKit devices I add to my home these days. Most of my early HomeKit experiments were limited to my studio, where the impact on the rest of my family was minimal. That approach has worked well for many accessories, but it’s not possible to do with everything.

My studio doesn’t have an exterior door, so although I’ve been intrigued by smart locks for what feels like forever, I’ve been hesitant to test them. Security is clearly a question, but so is convenience. I didn’t want to subject my family to a HomeKit experiment that had the potential to cause headaches for them as they were coming or going throughout the day. Smart locks need to be simple, easy, and reliable while also offering real benefits above and beyond the tried and true method of locking a door.

As a result of these concerns, I sat on the HomeKit lock sidelines for a long time. So, when the makers of the Level Touch smart lock contacted me and offered to send me one to try, I thought long and hard about it. Ultimately, though, my curiosity got the best of me.

The first thing that caught my eye was what the Level Touch isn’t. The lock isn’t one of those big bulky smart locks that you may have seen before. Instead, the Level Touch is ordinary in the sense that it looks like a normal lock on the outside. That’s because the smarts are cleverly hidden inside the lock mechanism itself.

So, a few weekends ago, I took the plunge and installed the Level Touch on an exterior door that gets a lot of use daily. Since then, I’ve been impressed with not only what the Level Touch enables as a HomeKit-enabled device, but also how well it performs as a plain old standard lock. It’s a combination that too few smart home devices accomplish, putting it in a pretty exclusive club. 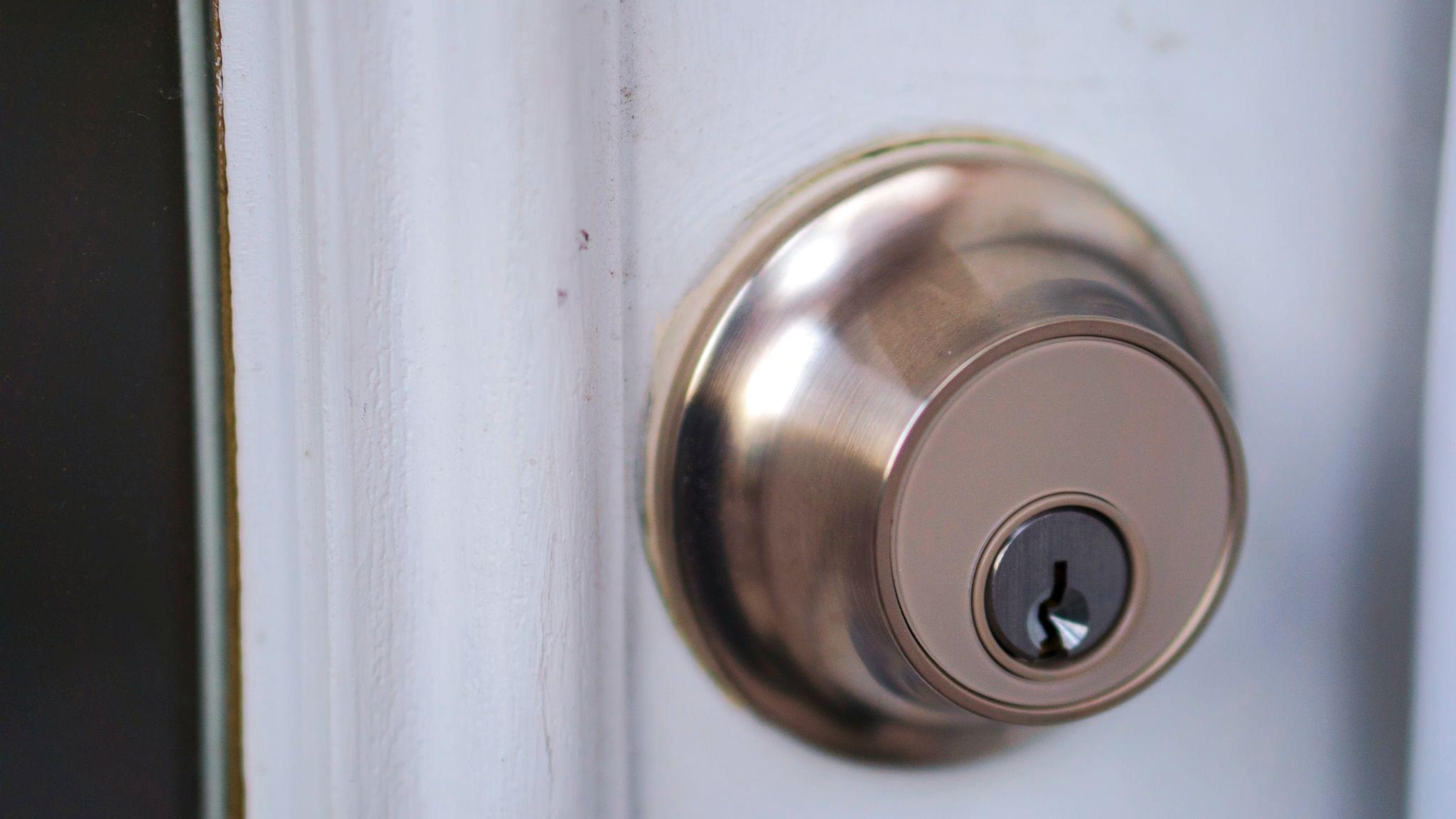 Before I get into the conveniences that the Level Touch offers over a standard lock, it’s important to mention the installation process.

I had no trouble at all removing my existing lock and installing the Level Touch. The instructions are clear, and even though I’m not particularly handy, I didn’t find it difficult. However, it’s critical to be sure that your lock lines up precisely with the hole in the strike plate on the doorjamb.

It may seem obvious, but if you live in an older house or in a climate where doors expand and contract with temperature and humidity, you know that locking some doors requires a little yank of the door handle, or perhaps you have to lean into it a little as you turn your key. That simply won’t work with a smart lock. The path the bolt travels must be clear or locking it remotely will fail. If your door needs to be jiggled, pushed, or pulled when you lock it, get that fixed before considering a smart lock.

If it sounds like I’m speaking from experience, that’s because I am. Although the Level Touch was simple to install, I spent more time adjusting my door to ensure a free path for the bolt to travel than I would have liked. While I don’t consider this a flaw of the Level Touch (a smart lock doesn’t have a shoulder to throw into a door as the bolt is turned), it is an essential factor to consider before embarking on installation. 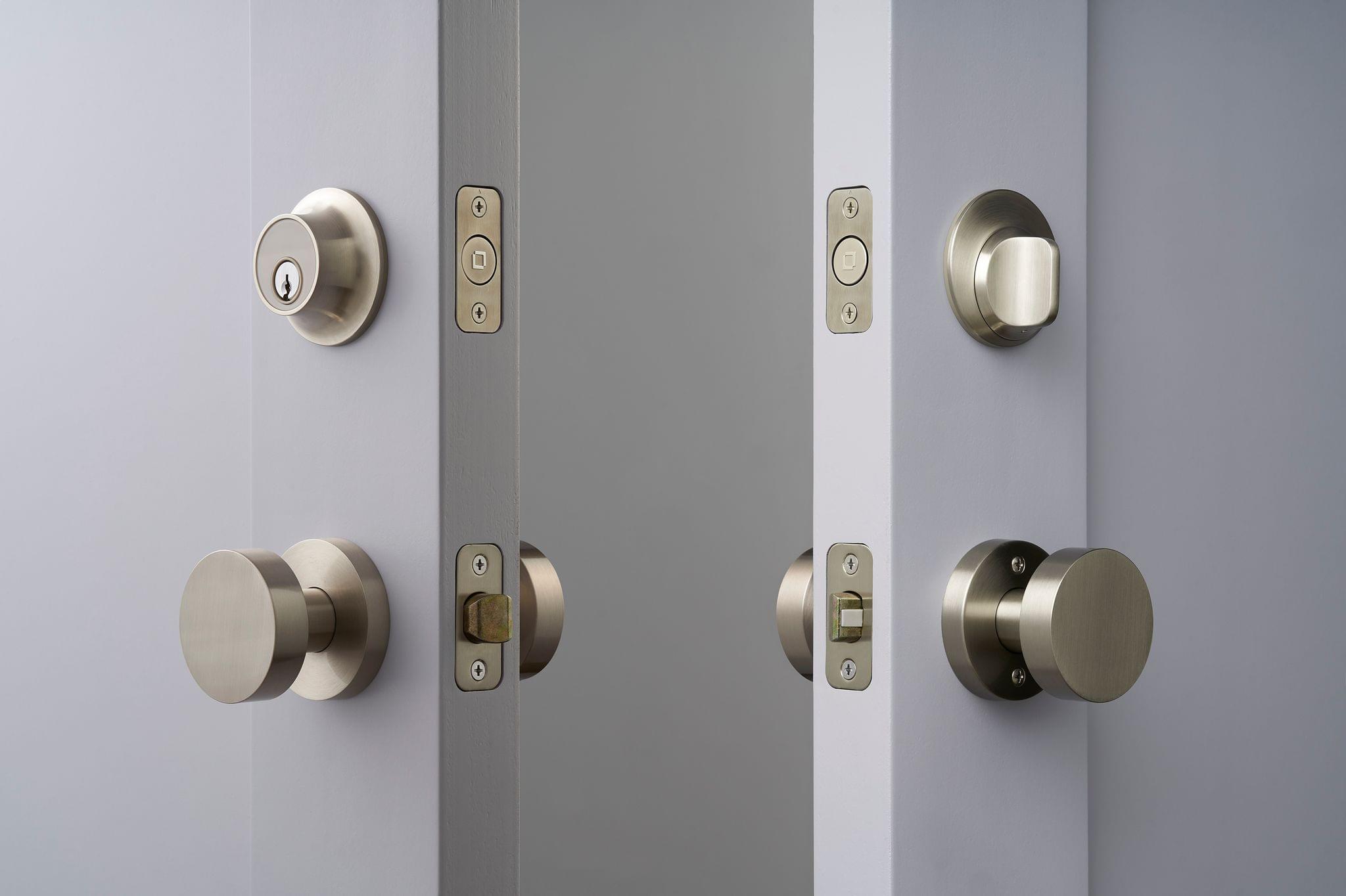 The Level Touch looks like an ordinary lock. Source: Level.

It’s remarkable that the Level Touch’s entire lock mechanism is the same size as a standard door lock, given that it also houses a motor and battery. My favorite touch to the lock’s design is that the battery is housed inside of the bolt. It’s a three-volt lithium CR2 battery that resembles a stubby AA or AAA alkaline battery. Just screw off the end of the bolt and add a new battery anytime the existing one gets low. Once installed, there’s really nothing about the Level Touch which gives away that it’s a smart lock. It blends into the environment as thoroughly as any door lock would.

Not only does the Level Touch look like a standard lock, but it works like one too, which is important. If you’re like me, not everyone in your household shares your enthusiasm for automating your home. With the Level Touch, they don’t have to. You can lock the door from the inside with a twist of the lock or from the outside with a key just like you would with any lock, allowing anyone you live with to simply ignore the Level Touch’s smarts if they want.

However, if, like me, you’re the Chief of Household Automation, then you’ve got many more options. You can lock and unlock your door with the Level Home app, Apple’s Home app, Siri, HomeKit and personal automations, a keycard, or touch. Even so, even I like having the option to lock and unlock the door manually because sometimes it’s still the most convenient way to lock the door. 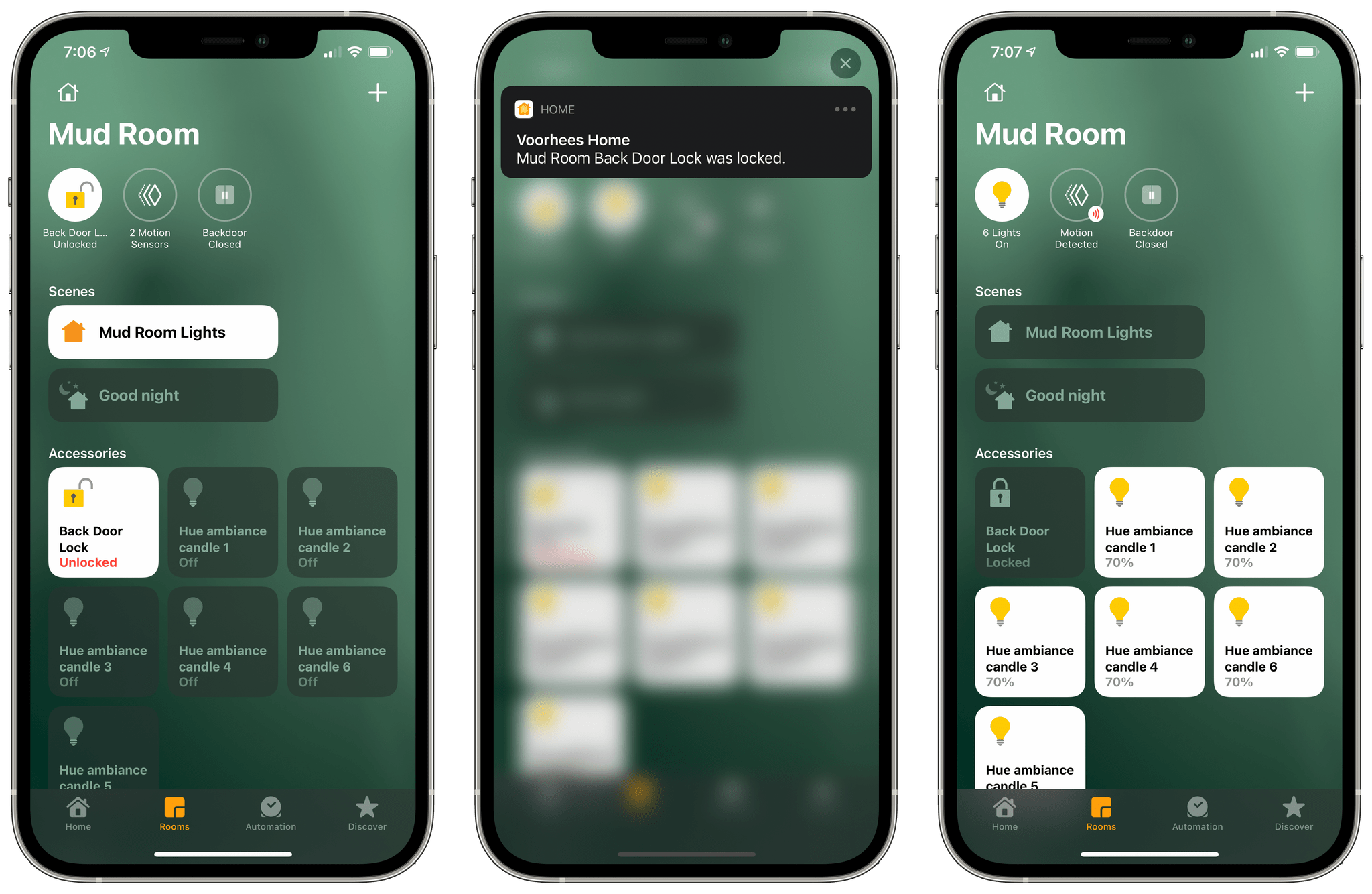 Controlling and monitoring the Level Touch from the Home app is simple.

What the Level Touch’s smarts add is an impressively deep layer of monitoring and control, adding conveniences that are significant in the aggregate. For instance, one of the last things I do before going to bed is to check to make sure our doors are locked. It’s a little thing, but with the Level Touch installed, I no longer have to check that door.

Instead, I can ask Siri, ‘Is my door locked?’ I’ve set up a simple shortcut that uses the ‘Get State of Voorhees Home’ action and adds the state of the lock to a sentence that Siri speaks. I’m using the shortcut as a widget on my Home Screen that I can tap on the way to bed to get let Siri update me on the door. If you commute to work or leave for a trip, the ability to check on the Level Touch’s status can immediately relieve the stress of wondering if you locked the door. Of course, you can also go to Apple’s Home app or the Level Home app to check on your lock too. 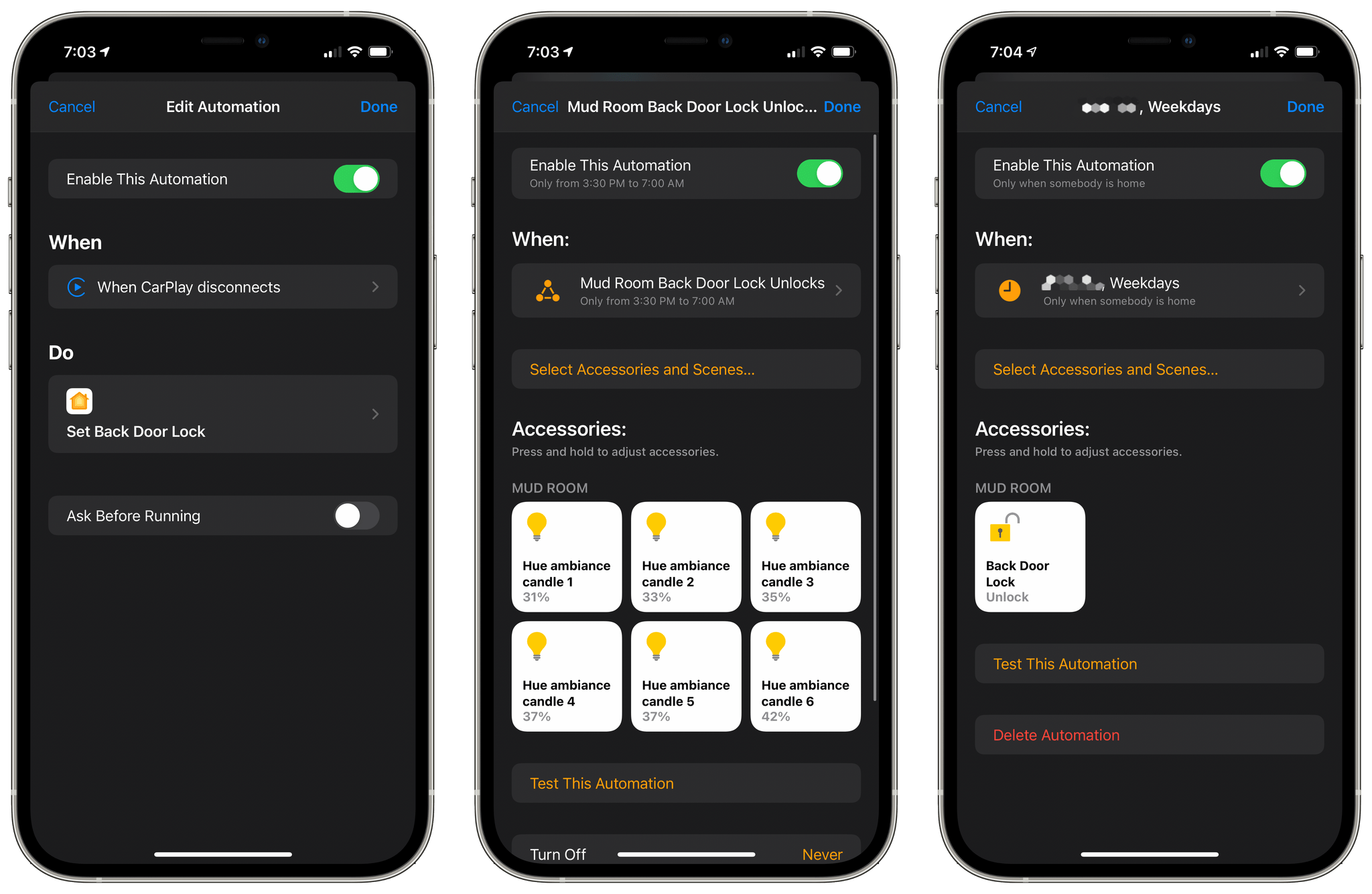 A few of the simple automations I’ve set up with the Level Touch.

Because the Level Touch works with HomeKit, it also works with Home automations. I’ve got a simple one that unlocks the back door right before my wife returns from work. I’m usually elsewhere in the house during the day, so I tend to keep the doors locked. With the Level Touch, I save my wife the need to fumble with her keys on the way from our garage to the house. I’ve got another automation that turns the interior lights on when the door is unlocked.

I’ve also created a personal automation to unlock the door when I disconnect my iPhone from CarPlay. That way when I’m out running errands and return home, the Level Touch is already unlocking as I grab my phone from the car and head inside. It’s a single-action automation which is just one of the many conveniences of the Level Touch that add up.

In addition to coming with good old-fashioned keys, the Level Touch also comes with two key cards that can be activated to unlock the door. Each card is the same size and thickness as a credit card, making them a great alternative if you carry a wallet. I tucked mine into my wallet as a backup, but it’s not the primary way I let myself into the house.

Another option is to simply touch the Level Touch’s lock housing. The Level Home app uses location services to determine if you’re inside a relatively small area surrounding your home. For me, the boundary extends about a block in all directions around my house. When you’re outside that boundary, touch doesn’t work to unlock your door to prevent unintentional usage. If you return from outside the perimeter around your home, though, touching the lock housing unlocks the door.

It’s also worth noting that although the Level Home app recognizes you as “home” when you pass inside its geofenced area, your door cannot be unlocked until your iPhone and the lock establish a strong connection by being in close proximity to each other. Touching the lock housing does work to lock your door whether or not you’re presently returning from outside the geofence around your home.

The Level Home app can be set up to automatically unlock your door when you return home and lock it again a set amount of time after you leave. You can also control the lock by long-pressing its name in the Level Home app or tapping on it in Apple’s Home app. Siri commands can be used to lock and unlock your door too, but for security reasons, your iPhone needs to be unlocked to do so. 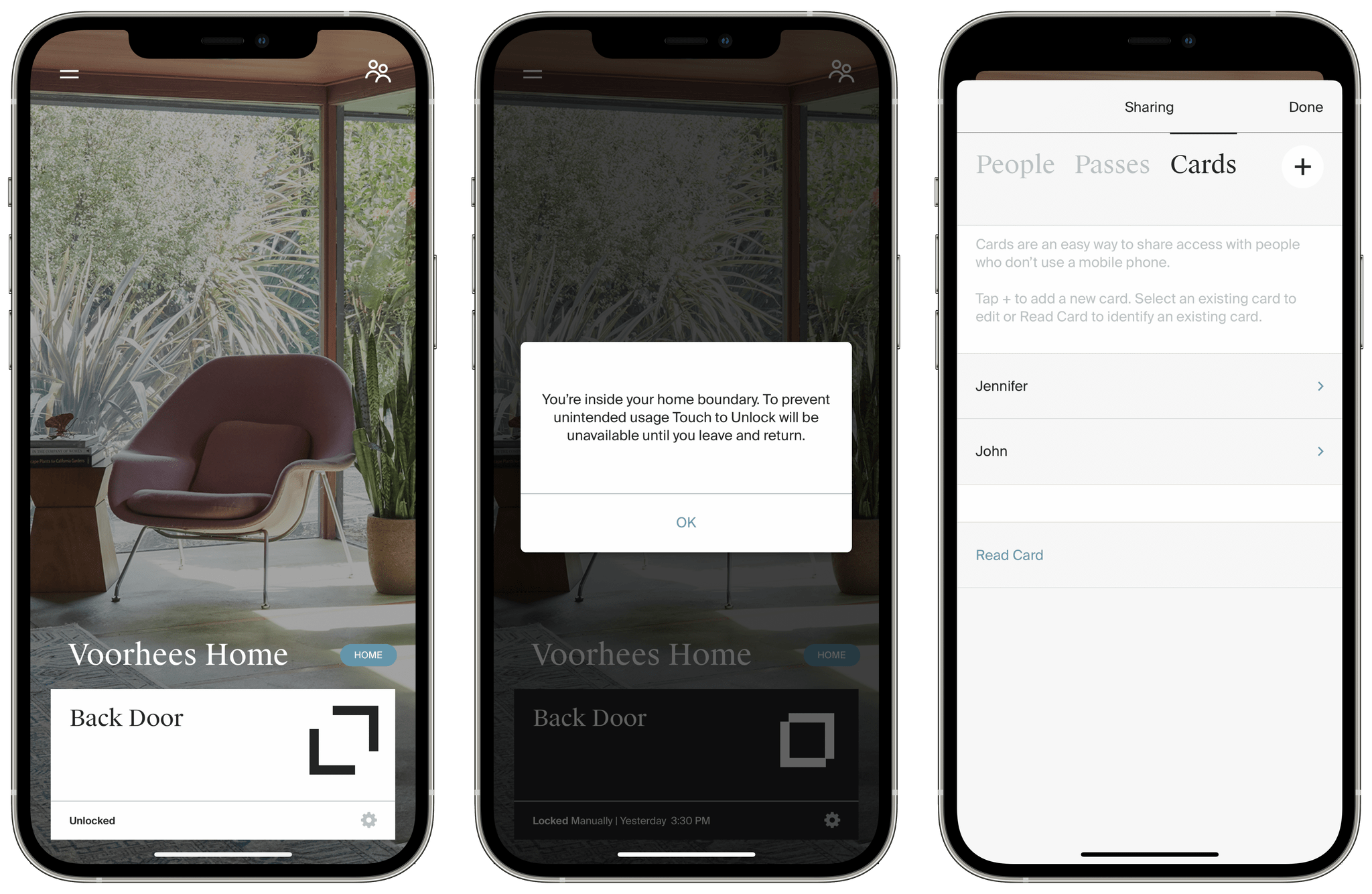 Finally, you can grant temporary access to your home by generating a temporary pass that lasts for whatever duration you choose. Whether that’s someone checking on your pets while you’re away or someone with another reason to access your home, the Level Home app can generate a URL that allows that person to lock and unlock your door if they install the app. I’ve run a couple of artificial tests to confirm that this works, but passes aren’t a feature I’ve needed this year of being home most of the time.

No matter which of the many options you choose for unlocking the Level Touch, the lock responds with cheerful chimes. If it gets jammed, you’ll hear an error tone, the volume of which can be set in the app. The tones are clear and easily heard, which provides a nice audible cue about the lock’s status even when it’s not in your line of sight.

After spending a couple of weeks with the Level Touch, the apprehension I felt going into this experiment has faded. That trepidation has been replaced by an appreciation for the convenience of being able to control the lock and get its status wherever I am.

However, just as valuable as the smarts packed into the Level Touch is the fact that you’d never know by looking at it that it’s a smart lock. It looks like an ordinary lock and can be treated as one too. That’s a benefit to anyone in your household who doesn’t care to control the lock with their iPhone, but it’s also an excellent option, period.

I’ve found that I still manually lock the door when I return home most of the time, but if I forget to or my hands are full as I enter the house, I appreciate the convenience of locking the door from anywhere in the house. At the end of the day, it’s that seamless extension of an existing technology that is the Level Touch’s most impressive feature.

The Level Touch is available directly from Level and from Apple, Amazon and other retailers for $329.