Aaron Pearce, the developer behind some of my favorite HomeKit apps like HomeRun, HomeCam, and HomePass, has a new utility that is out today for the iPhone and iPad called HomePaper that solves a very specific problem: boring Home app wallpapers. The room and home settings of Apple’s Home app let you assign a photo or one of nine colorful backgrounds as wallpapers. The trouble is that photos of a room in your home are often too distracting to serve as wallpapers, and Apple’s other choices are too limited and similar to each other. That’s where HomePaper comes in. 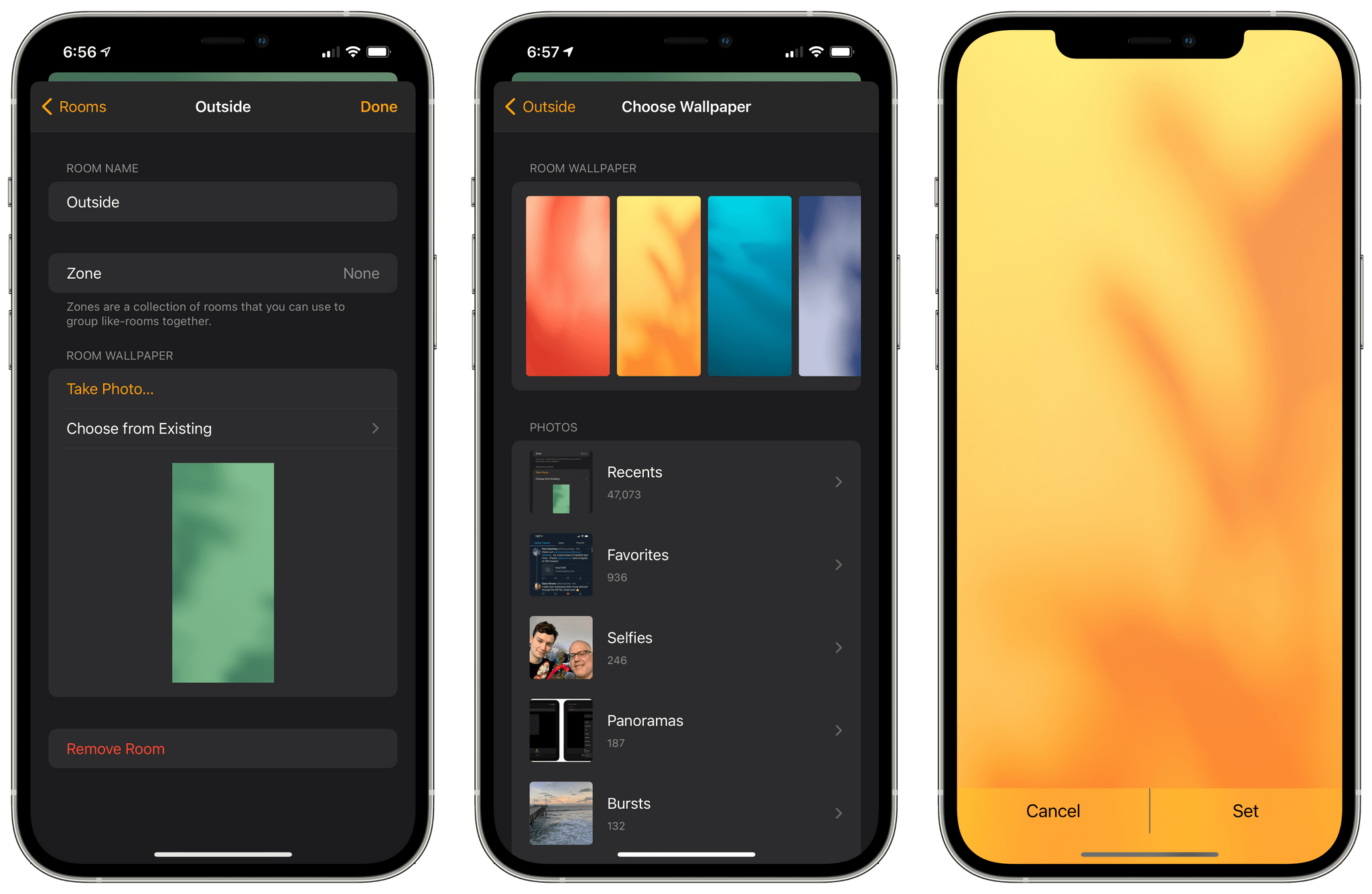 Pearce’s app combines the best of both kinds of default Apple wallpapers by taking a photo, desaturating it, and overlaying a colorful gradient. You could do something similar in a photo editor, but HomePaper automates the process with a simple app that lets you experiment with different looks, arriving at one you like quickly and easily, the hallmark of a great utility. The result is an image that helps visually differentiate homes and rooms from each other like a standard photo would but with an additional burst of color and style. 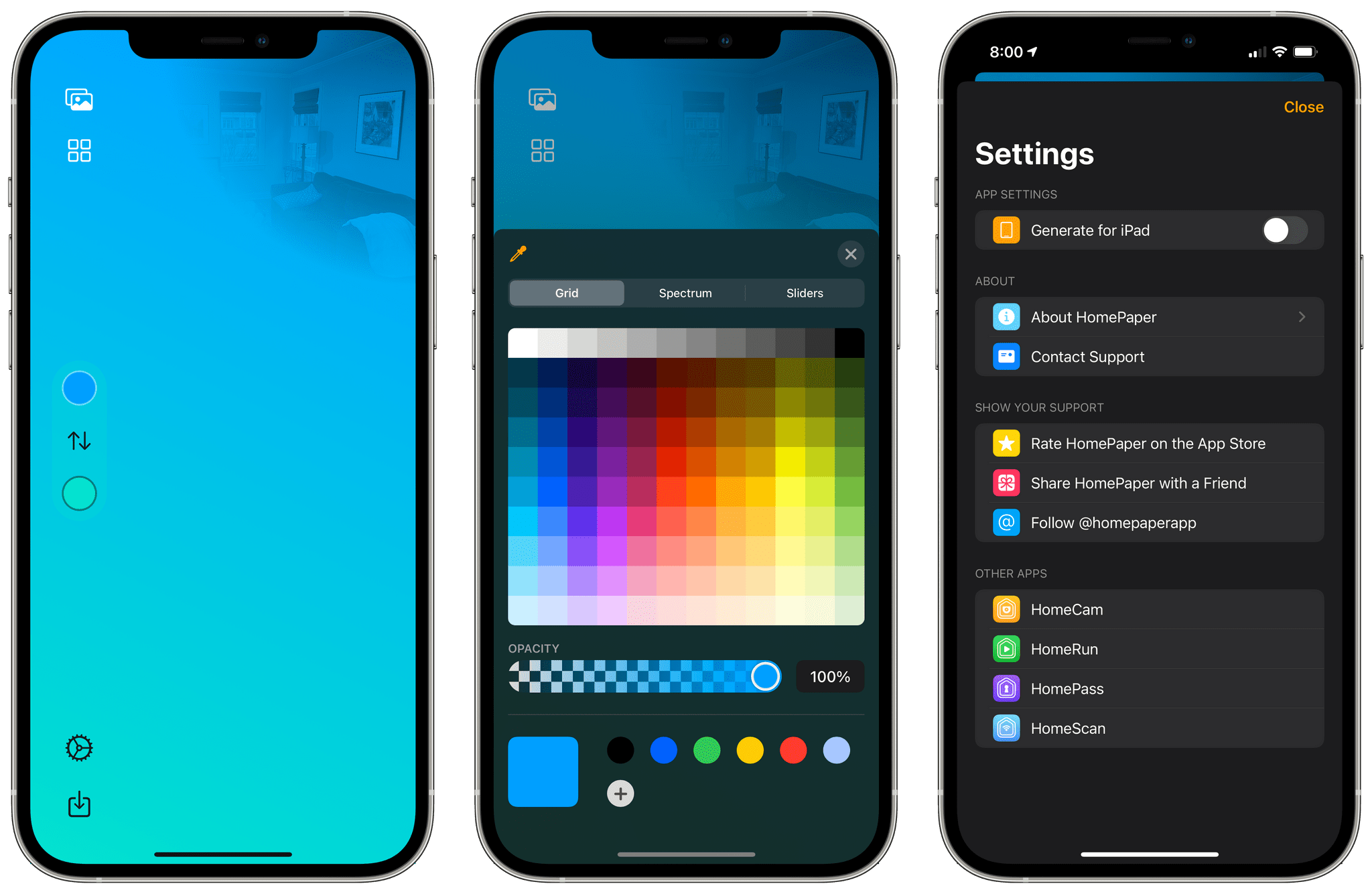 HomePaper provides many pre-built gradients as well as the ability to create your own.

HomePaper makes creating great-looking wallpapers effortless with a huge set of pre-built gradients that you can pair with an image in your photo library or by taking a picture with your iPhone or iPad’s camera. You can also pick the two colors for the gradient yourself using the iOS system color picker. When you’ve chosen or created a gradient you like, tap the download button in the bottom left corner of the screen to save it to your iCloud Photo Library, where it’s available to add to the Home app.

HomePaper is by far the simplest of Pearce’s apps, but it’s no less useful. I had settled on a single generic Apple-provided background that was the same for all my rooms because the choices didn’t inspire me to mix them up, and there was too much friction involved in creating my own. With HomePaper, though, I spent a few minutes snapping photos around my house and then applying gradients, achieving results that look great with minimal effort. The Home app looks nicer now when I open it, but it’s also easier to tell one room from another at a glance, which makes HomePaper a wonderful addition to my HomeKit apps.

HomePaper is free to download, allowing you to make one wallpaper. A $0.99 In-App Purchase unlocks the creation of unlimited wallpapers.