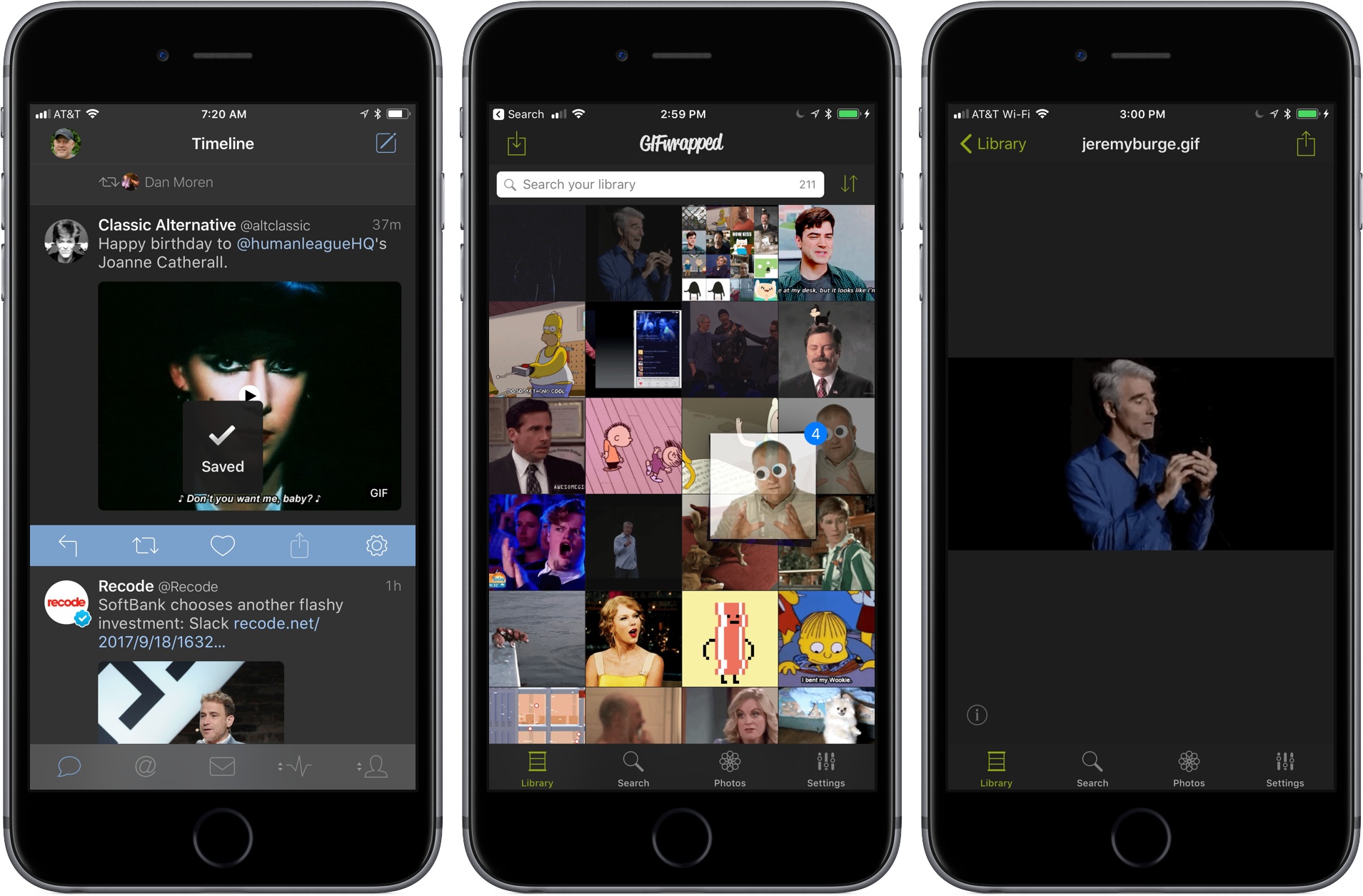 It’s been a while since we last looked at GIFwrapped, a must-have utility for anyone who enjoys animated GIFs. The app, by Jellybean Soup aka Daniel Farrelly, is an all-in-one solution for collecting, organizing, and sharing GIFs on iOS. With the addition of drag and drop support, wrangling your GIF collection has never been easier.

GIFs are notoriously hard to save from Twitter clients. Farrelly solved that problem since we last reviewed GIFwrapped with a share extension. When you see someone post a funny GIF that you want to add to your collection, tap the share button in your favorite Twitter client and pick the GIFwrapped extension from the system share sheet. It isn’t foolproof, but more often than not, GIFwrapped will spin for a moment and then acknowledge that the GIF has been saved to your library making collection a breeze.

Drag and drop support for devices running iOS 11 adds a similar level of convenience and flexibility to organizing and sharing GIFs with GIFwrapped. As with other apps that implement drag and drop, the feature shines brightest on an iPad. Now, you can drag a GIF anywhere that accepts images whether that’s Messages, a Twitter client, Slack, or even Apple’s Mail app. It’s a small change but easier and more natural feeling than sending a GIF through the share sheet or copying it in GIFwrapped and then pasting in the destination app.

Importing several GIFs from Photos into my GIFwrapped library.

GIFwrapped’s drag and drop functionality is not limited to the iPad though. Apple only allows drag and drop on the iPh one within a single app. However, if you have GIFs stored in your iPhone’s photo library, you can access them in GIFwrapped’s Photos tab and use drag and drop to pick up and drag multiple GIFs into GIFwrapped’s Library tab importing the whole stack at one time. The one thing I’d like to see added to GIFwrapped is the ability to manually organize my GIF by dragging them into an order of my choosing. Currently, you can sort your library by file name or date modified only.

GIFwrapped demonstrates just how powerful drag and drop is. Copying and pasting GIFs was not an enormous burden, but the iPad is designed for interaction with the content on the screen and the multiple steps needed to send a GIF where you wanted it before iOS 11 felt clunky. Now, I can pick my Dancing Eddy GIF right up off the screen of my iPad and drop it into Tweetbot for the 100th time with newfound ease.

GIFwrapped is available on the App Store.