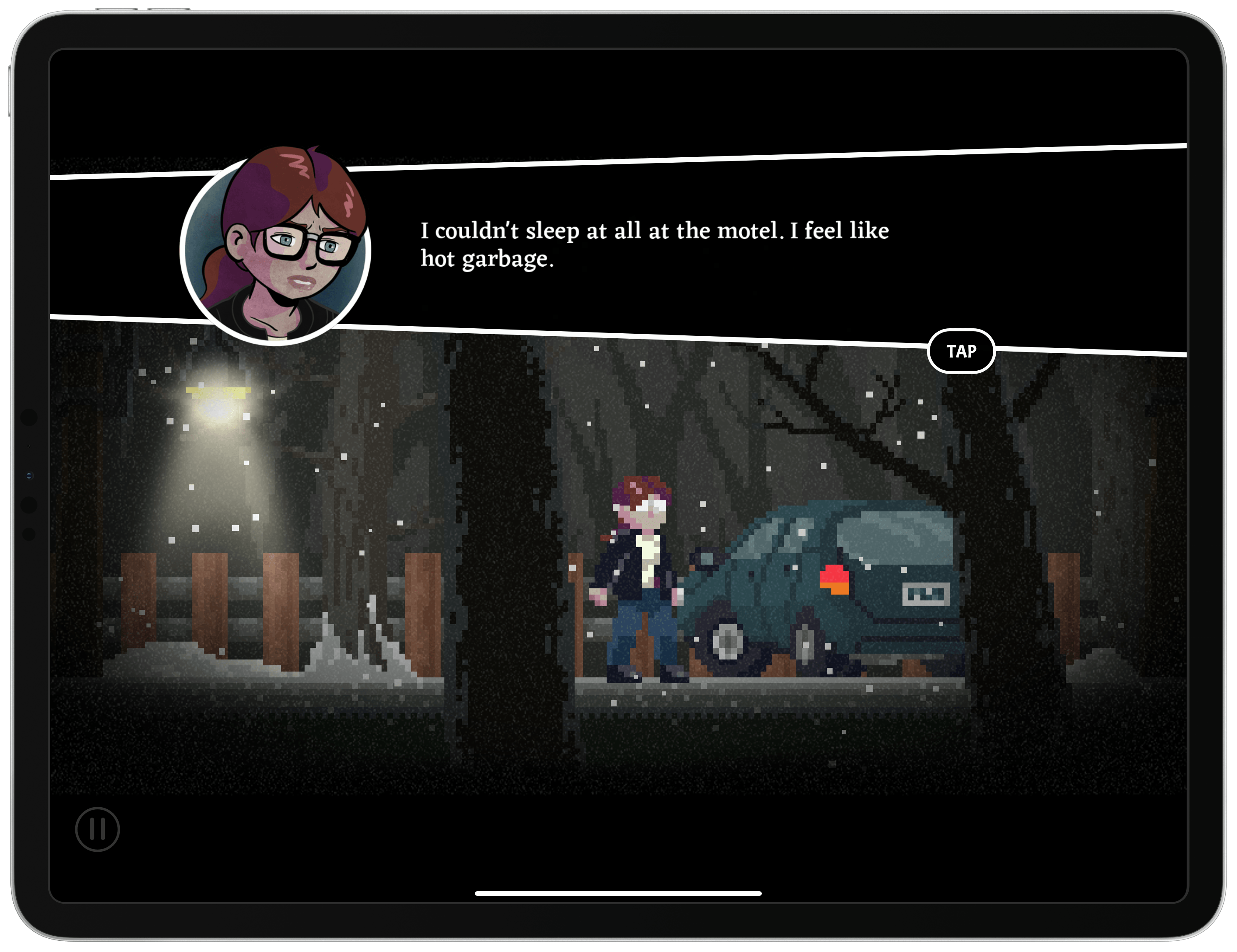 Worse Than Death is a narrative-driven horror game from Toronto-based Benjamin Rivers, the developer of Home. The two games share some similarities. Both games feature creepy, small-town mysteries where you play as a pixelated protagonist in a chunky-pixel world. What’s different about Worse Than Death is that it interweaves comic book-style, hand-drawn art throughout the story including cut scenes, when examining objects, and for dialogue. It’s a unique style that helps bring the characters and their surroundings to life in a way that pixel art alone can’t.

In Worse Than Death you play as Holly, who has returned home from the city to attend her high school reunion. When she arrives in town, she stops by the local bar where she meets with Flynn, an old friend who we learn was engaged to a woman named Grace before she died in an accident.

I don’t want to spoil the story, but what seems like a typical reunion when Holly and Flynn arrive turns out to be anything but ‘typical.’ Soon you’re racing around town faced with a growing number of gruesome deaths and chased by unseen monsters from whom you need to hide to survive.

The game does an excellent job of ratcheting up the tension as it progresses. I found myself jumping more than once as unexpected things happened during the game. As you make your way through the town trying to solve the mystery of what has happened, you face a series of puzzles that get progressively harder to solve, but clues are everywhere, so be sure to examine everything. 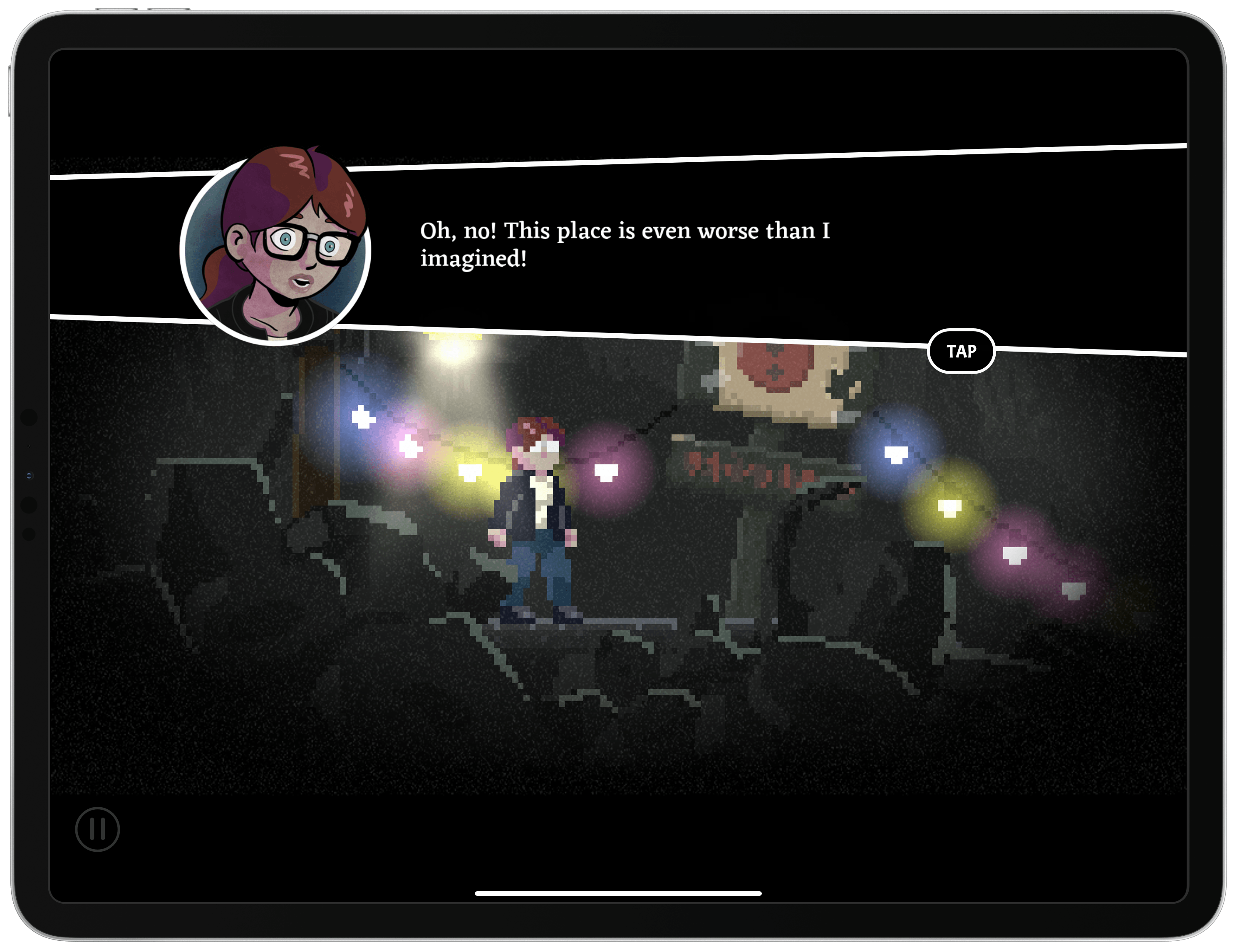 The gameplay is simple. Tap the left and right sides of the screen to walk that direction and double tap to run. Examining objects and interacting with other elements of the game is as simple as tapping icons that appear around Holly.

Worse than Death also supports MFi controllers. The onscreen controls aren’t difficult to use, but with a narrative game like Worse Than Death, I like to lean back with a controller with my iPad Pro in the Brydge Pro Keyboard so I can get the angle just right and relax. The SteelSeries Nimbus’ thumbstick and buttons were perfect for exploring the game.

I also highly recommend playing while listening with headphones. The sound design is fantastic and an integral part of the tension built by the story. Sounds come at you from every direction thanks to a 3D audio track that’s a perfect match to the game.

I also love the hand-drawn art and the way it contrasts with the pixelated gameplay. It’s a combination that makes Worse Than Death stand out from other action adventure games and succeeds in conveying strong character emotions, which adds to the tension that builds through the game. What’s more, the many hand-drawn images used in the game were drawn entirely on an iPad Pro using the app Procreate. Here’s a time-lapse that developer Benjamin Rivers posted on Twitter of the art being created:

Fun fact: all of the high-res art in #WorseThanDeath was created by hand on #iPadPro with @Procreate. Here’s a timelapse!

It’s a testament to the iPad Pro and Procreate that such a large part of this game’s artwork could be done using the combination. 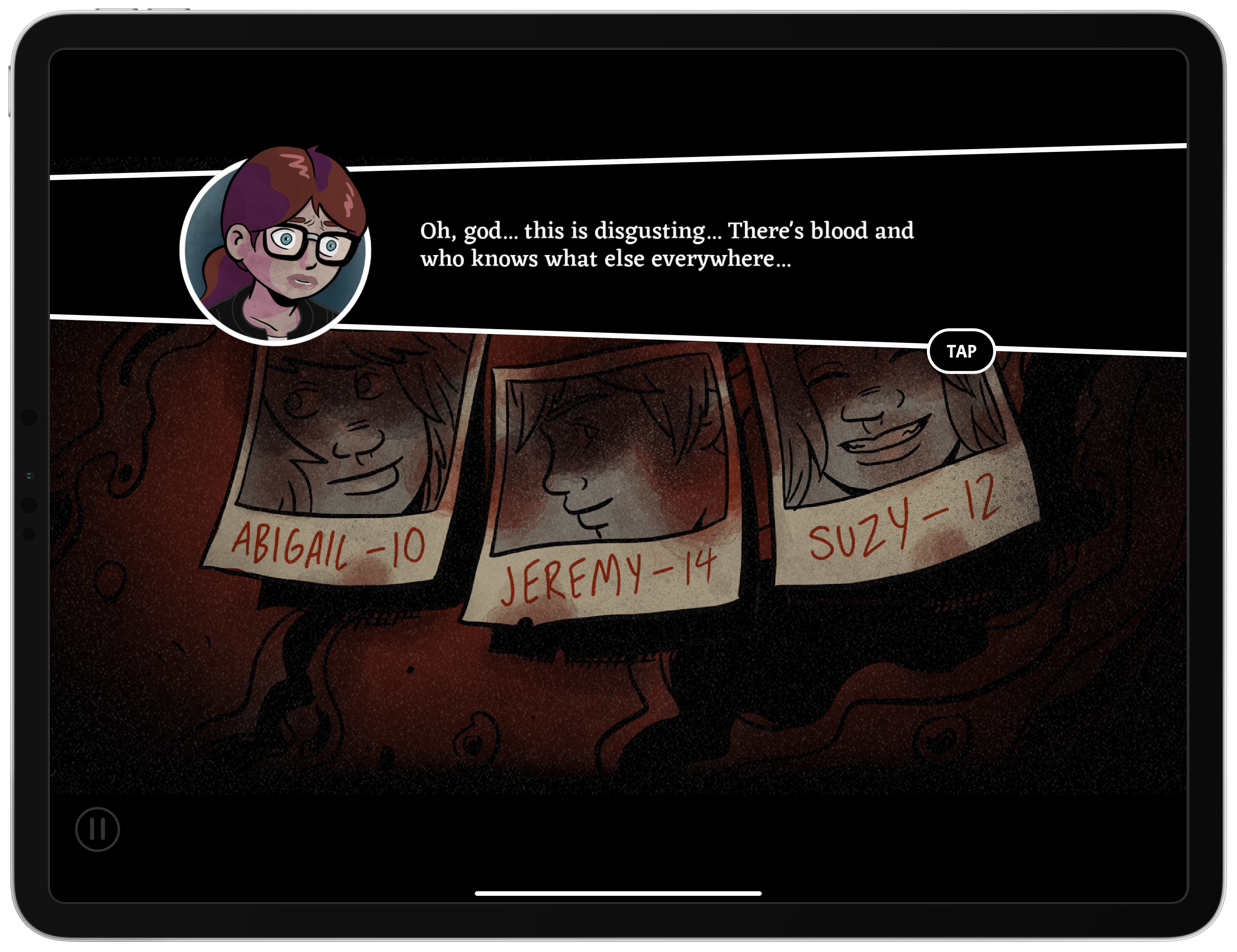 The hand-drawn artwork in Worse Than Death was created on an iPad Pro using Procreate.

Worse Than Death is available on the App Store for $3.99.