[Editor’s Note: Game Day is a new weekly series on MacStories highlighting iOS games. Each Saturday, we will feature one classic or up-and-coming game just in time for a little weekend fun.] 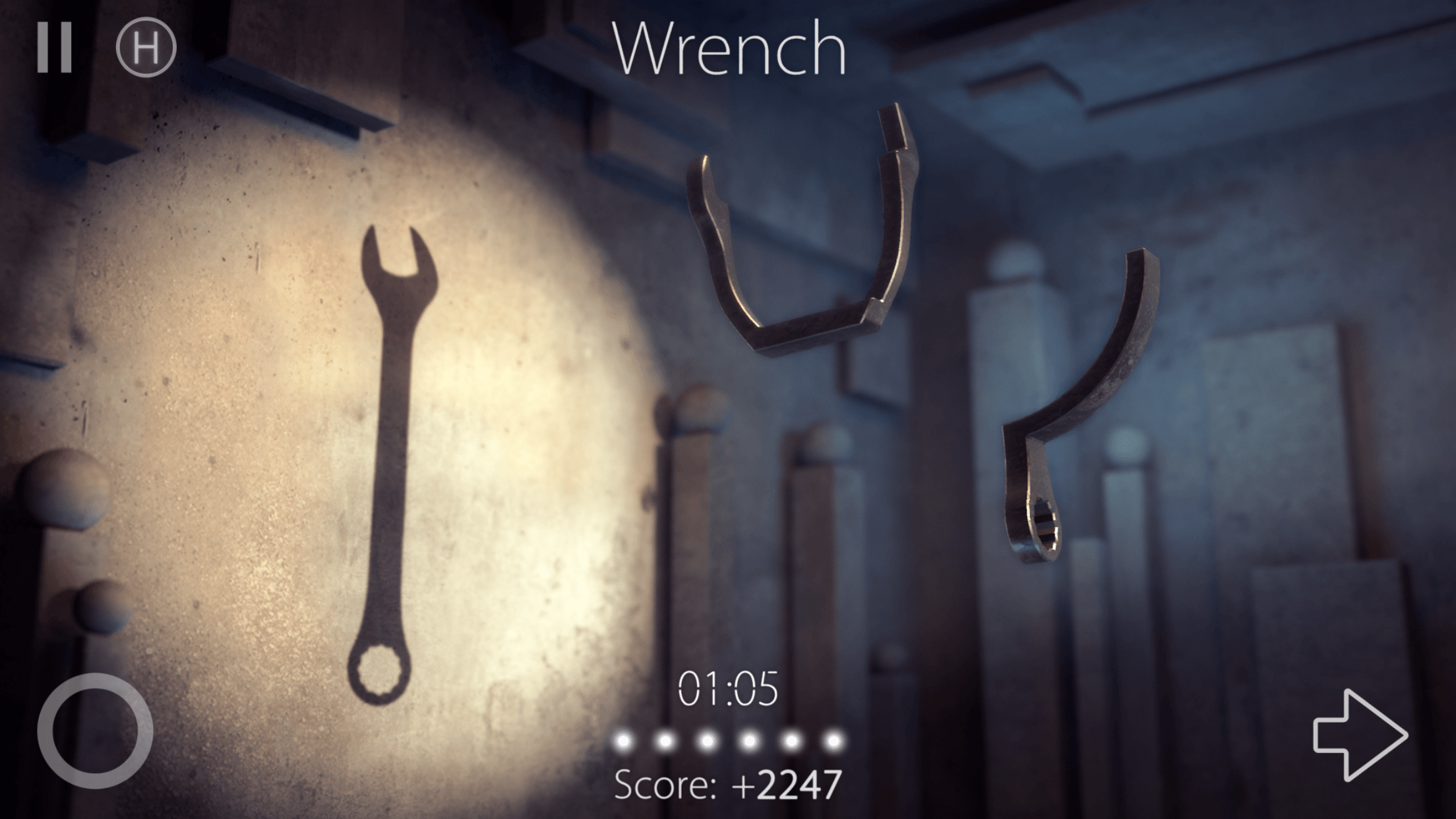 Many of the best iOS games don’t fight against iOS device hardware. Instead, they embrace the constraints of the touch interface, focusing on fun games based on simple touch interaction models. Touch lends itself particularly well to puzzle games and one of my favorites is Shadowmatic by Triada Studio Games.

Shadowmatic isn’t new, but the Editors’ Choice, Best of 2015, and Apple Design Award winner deserves another look since it abandoned the in-app purchase model and added additional puzzles earlier this year. Shadowmatic presents players with between one and three 3D objects that can be rotated by touch. The 3D objects cast a shadow on a wall. To solve the puzzle, all you need to do is rotate the object into the correct position so the shadow transforms into an animal, a household object, or another recognizable thing.

Shadowmatic does a nice job easing you into its mechanics with a series of simple puzzles that only involve one object. Things are further complicated when a second object is introduced. Not only can you rotate each object independently, but you can also rotate them in relationship to each other. Switching objects is accomplished by tapping a button in the lower lefthand corner of the screen. Tapping and holding that same button while swiping allows you to rotate the objects relative to each other.

Along the bottom of the screen are five indicator lights that remind me a little of the dots under app icons in a Mac’s dock. The lights begin to glow one at a time to indicate how close you are to solving the puzzle. Hints are also available. Previously hints were earned through playing the game or as an in-app purchase. Earlier this year, however, the in-app purchase system was dropped. Instead, you start with a set number of hint points and earn additional points by completing levels. Hint points serve as currency that is depleted each time you use a hint.

Shadowmatic recently added 30 additional levels bringing the total to 100. One of the things that makes Shadowmatic special is the wonderful graphics. Not only are the objects you rotate highly detailed, but the rooms you solve the puzzles in are beautiful and add atmosphere to the game. Shadowmatic also employs a parallax effect that makes everything seem even more alive and fluid than it would if it were driven by touch only. To top things off each room you encounter plays a different mellow, trippy soundtrack.

Shadowmatic is the kind of relaxing game that I enjoy kicking back with at the end of a long day. It’s not stressful or intense. To the contrary, the visuals and music, combined with the focus needed to solve the harder puzzles makes Shadowmatic relaxing and challenging, while letting me play at my own pace when I have a spare moment.

Shadowmatic is available on the App Store for $0.99. The soundtrack is available for $9.99 for purchase on iTunes and streaming on Apple Music.