Nanuleu by Selva Interactive is an excellent new tower-defense strategy game reminiscent of Rymdkapsel. I’ve been a fan of tower-defense games since the original Fieldrunners game launched on iOS just a couple months after the App Store opened. Nanuleu is a less frenetic, more laid-back take on that classic style with many of its own distinctive elements.

Nanuleu is played from an isometric perspective on a procedurally generated map that makes each game you play unique. There are three modes, Apprentice, Warrior, and Sage, each of which is progressively more difficult to complete. 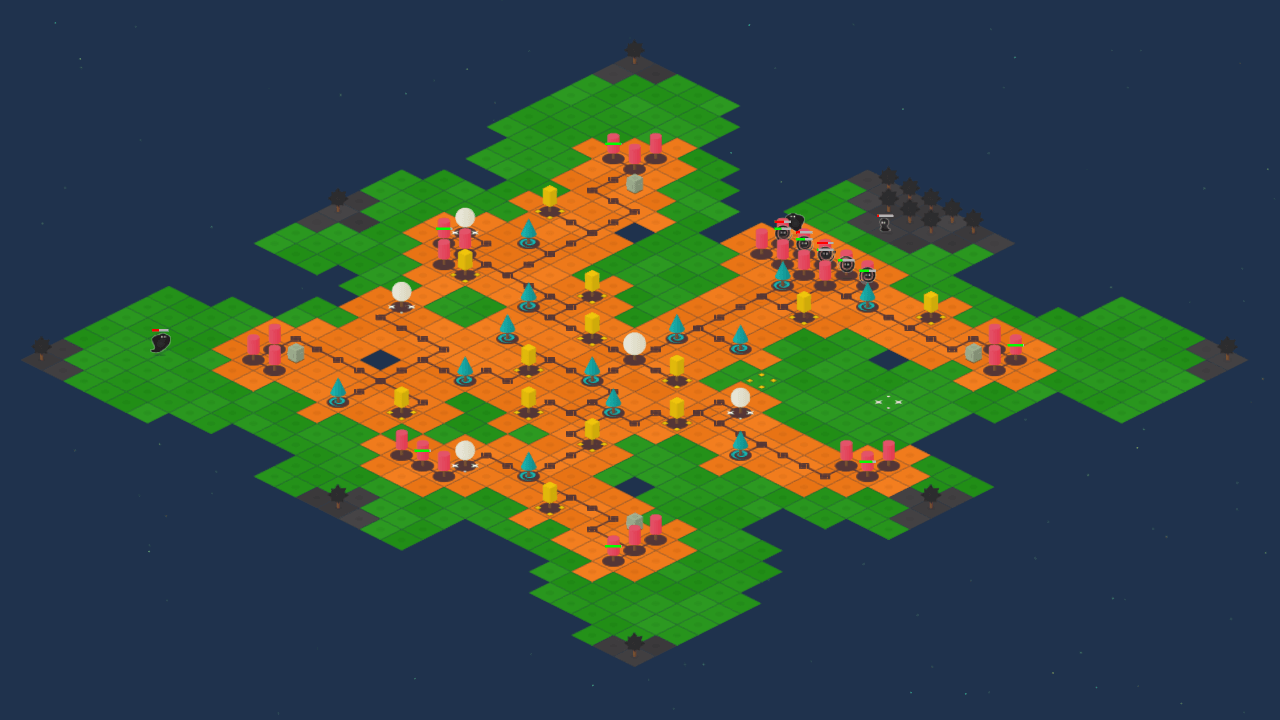 Each Nanuleu map is procedurally generated.

You start each game with a life tree at the center of the map and resources that you can spend to expand your territory across the map. Tapping on the squares on the map that are adjacent to territory you already control gives you the option to plant certain types of trees or simply expand your network of roots. Water, mineral, and life trees can only be planted on squares with corresponding colored symbols and require more resources than simply laying down roots.

Five types of trees are connected by a root system.

After a while, enemies start attacking from different spots along the edges of the map. Planting protector, and later, war trees helps defend your trees against the enemy. As you expand your network of water, mineral, and life trees, resources accumulate faster, but you need to spend your resources carefully to defend your territory. If the enemies start taking out trees, especially those that produce resources, your territory begins to shrink. Vanquish all the enemies and you win the round. If the enemies get the upper hand and overtake your last life tree, you lose.

It’s easy to understand why Nanuleu won an award at the 2015 Indie Game Maker Contest and has already made a best of 2016 list just over a week since its release. The game combines great visuals and sound with simple, but challenging, gameplay. Nanuleu games are not short. Most of the games I’ve played have lasted 20-30 minutes, but time flies because it’s easy to get absorbed in the action. If you enjoy tower defense and real-time strategy games, Nanuleu is worth checking out.

Nanuleu is available on the App Store for $2.99.