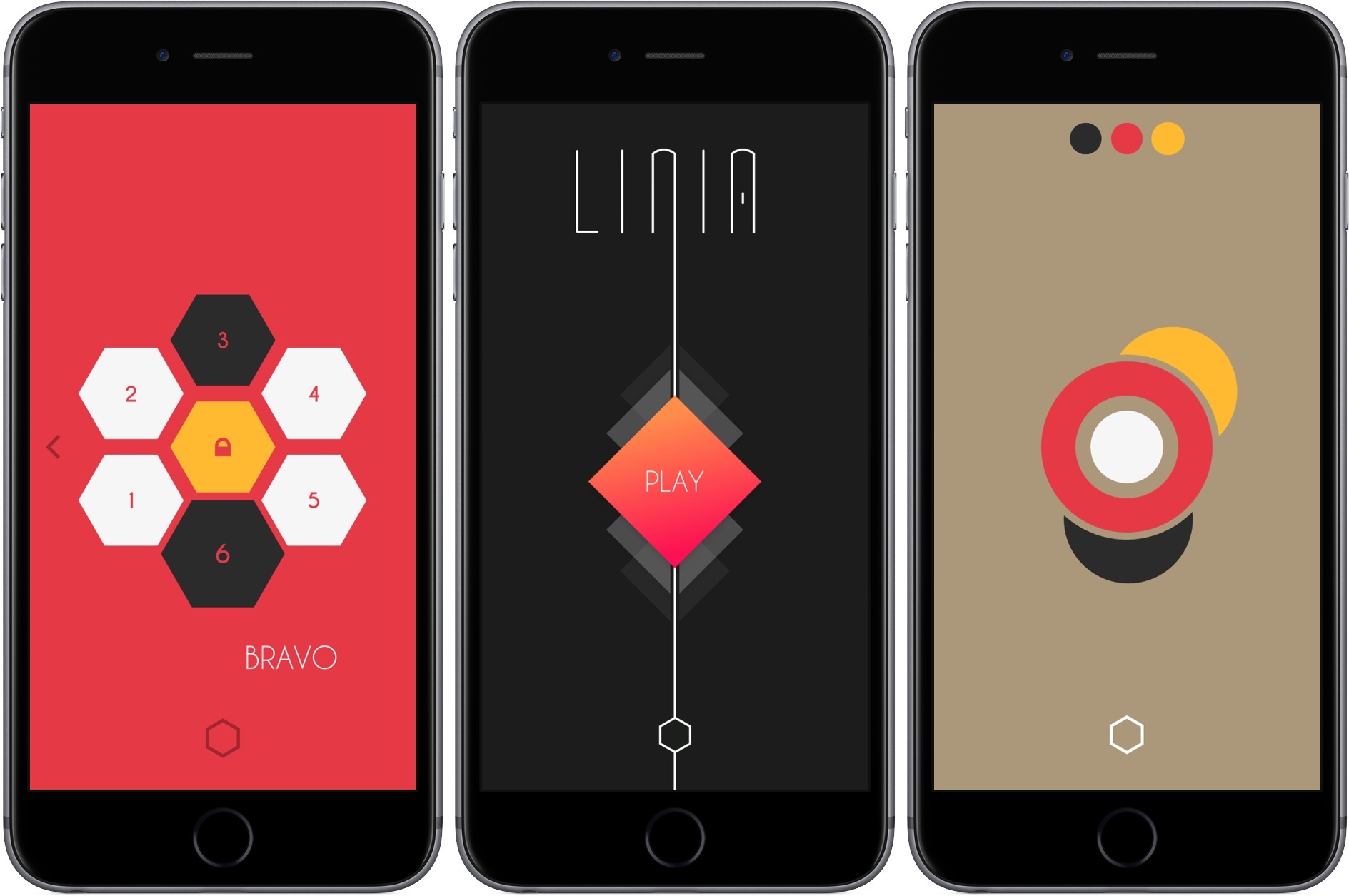 Linia from Black Robot Games is fiendishly difficult, but strangely relaxing in its complexity. The challenge is to draw a straight line through a series of colored shapes that intersects the shapes in the order of the color sequence at the top of the screen. Here’s the thing though, the shapes are moving, rotating, shrinking, growing, and changing color all at once. The movement follows a regular pattern, but it gets complicated fast.

Linia is a creature of the post-iOS 7 design aesthetic. Each of its 80 levels is composed of brightly-colored geometric flat shapes. What’s ingenious about Linia and makes it particularly difficult is that it requires pattern matching, careful timing, and quick reflexes simultaneously. As you draw a line it appears white but fills in behind where you started in red, which is part of the timing element. You have to lift your finger to commit to your line before it turns completely red. If you wait to long, you’ll have to start drawing your line all over, but if you release at the wrong time, you may be unable to hit the right color sequences. 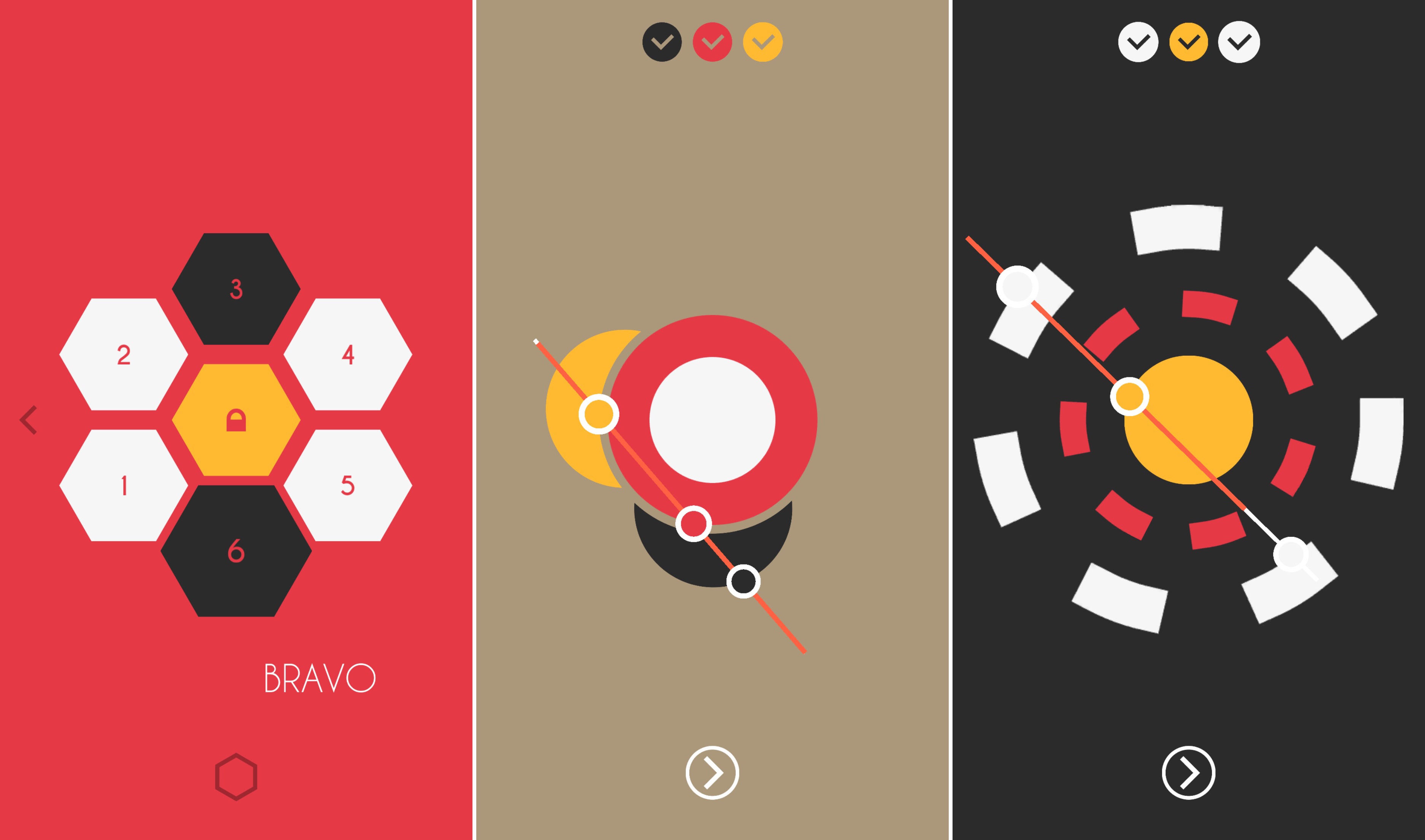 I’ve played Linia on both my iPhone 6s Plus using my finger and on my 12.9 inch iPad Pro using the Apple Pencil. I give a slight edge to using the Pencil to play Linia on the iPad because you can draw such a precise line, but the difference between playing on the iPad and iPhone was much less than I expected.

The soundtrack that accompanies Linia plays a big role in minimizing the frustration of some of the harder puzzles. There’s something inviting about the electronic vibe of the soundtrack that feels like it’s encouraging you to stay a while to keep trying to beat even the hardest puzzles.

Black Robot has done a great job bringing something fresh and clever to the crowded puzzle genre on iOS. It’s especially impressive given that this is Black Robot’s first iOS game. With such a great start, I look forward to seeing what else Black Robot comes up with in the future.