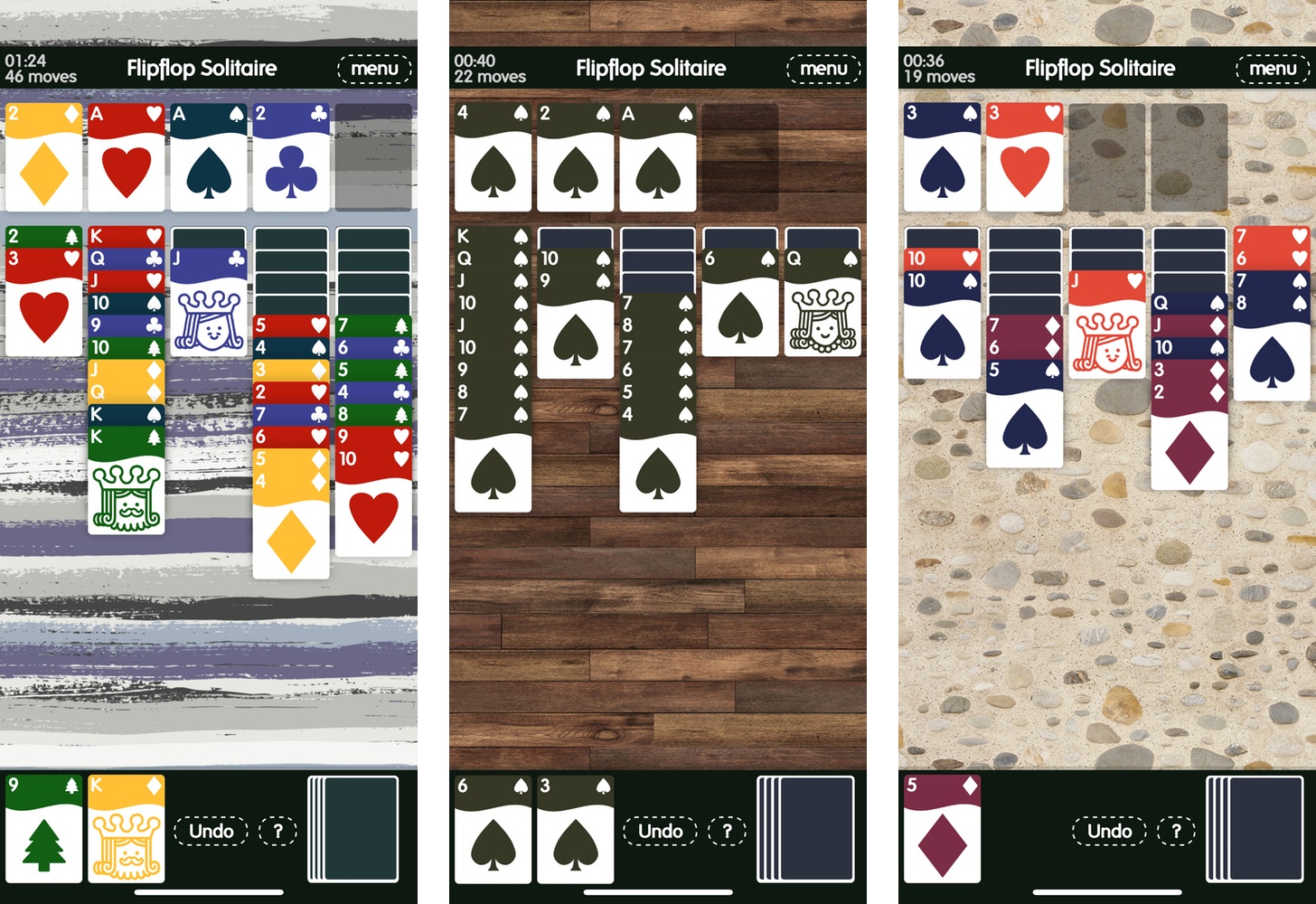 Zach Gage has a reputation for messing with the rules of classic games with releases like Bad Chess and Sage Solitaire. With Flipflop Solitaire, Gage is back with another take on solitaire that’s simultaneously familiar and disorienting. The result is a fun, addictive game that breathes new life into the traditional card game.

As with other variations of solitaire, the goal of Flipflop is to move all the cards to four ordered stacks of cards starting with the Ace. The difference is that Flipflop adds an element of freedom by letting you create sequences of cards in descending or ascending order as you try to expose cards to add to the four ordered stacks. That means the traditional King-Queen-Jack-10 sequence is as valid as King-Queen-Jack-Queen. It’s an interesting dynamic where you find yourself creating constantly changing sequences of ascending and descending cards to find a workable path to solve each hand.

The twist on typical solitaire rules opens up more options for moving cards around, but there’s a catch. Only sequential runs of cards of the same suit can be moved to another stack. That means dealing new cards too often can block your ability to access cards you need to complete the top stacks. It’s tricky but also familiar enough if you’ve played solitaire before that it’s easy to pick up after a couple of hands. If you get stuck, the game includes an undo button and hints, which help keep difficult hands from getting too frustrating.

Flipflop also helps players get started by offering a single suit mode of play. After you’ve mastered single-suit play, you can move on to two through five suits or try ex-single mode, in which you sort five stacks of one suit instead of four. When you finish a hand, Flipflop lets you know the time and turns it took you to solve it, then animates the cards falling down the screen in an homage to the Windows version of solitaire that has probably occupied billions of hours of office workers’ time by this point. In addition to saving your best hand statistics, Flipflop includes 102 achievements and Game Center leader boards for several categories.

Sound effects, haptic feedback, and animations lend additional playfulness to the game and add a tactile element that is perfect for a card game. I’m a big fan of Gage’s games. Like so many of his other titles, Flipflop Solitaire pulls you in and won’t let go. The game is a perfect diversion with just the right amount of challenge, delight, and depth to make it a must-have iOS game.

Flipflop Solitaire is available on the App Store as a free download with ads between hands that can be removed with an In-App-Purchase that also includes unlimited play of the five-suit and ex-suit modes and several customization options.