Every week thousands of new games are released on the App Store. As I set up my new iPhone 7 Plus recently and scrolled through the Purchased tab in the App Store, I realized that there’s another ‘new’ category - new to me. I download a lot of apps, including games, and sometimes they get lost in the shuffle. That’s exactly what happened to Alone, a fantastic endless runner by Laser Dog released about two years ago. Alone may not be new to you, but even if you’ve played it before, Alone is worth rediscovering.

Alone, adds a sci-fi twist to the endless runner genre. You’re a spacecraft navigating thorough collapsing caves. Rocks fall as you maneuver your ship through the tunnels. The design of the game echoes its name. Your ship feels small and isolated in the harsh space environment. You can take a couple of small hits from debris, but more than that, or a collision with a wall, and it’s game over. Make it far enough in a world and you’ll be rewarded by unlocking new environments to explore. 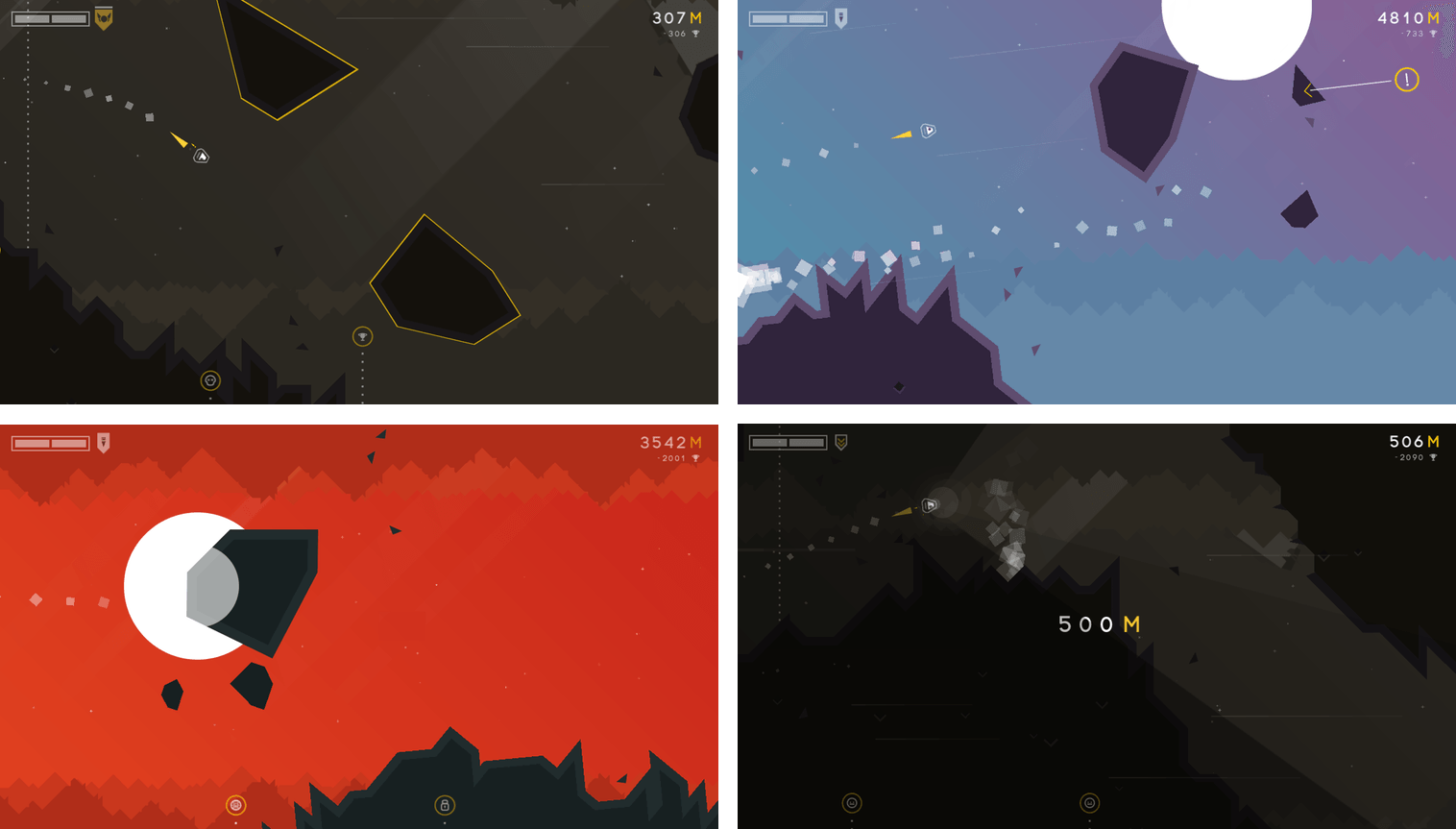 Navigate your tiny spaceship through an unforgivingly bleak environment.

Alone requires concentration and fast reflexes. Even though I’m not great at twitchy arcade games, I’ve had a lot of fun playing Alone. The focus it requires makes it easy to get absorbed in the game.

As you progress, Alone’s pace increases and additional obstacles, like rockets, are introduced, making for an even more harrowing journey. The controls are sensitive, which requires focus and concentration to make it very far. By default, dragging your finger down on the screen makes your ship rise and dragging it up does the opposite. If this feels counterintuitive, you can reverse the controls in the settings. The sensitivity of the controls would be more frustrating, but by building in the ability to survive small collisions, Alone has struck a good balance that makes it fun without being discouraging.

The fast pace of Alone and the relentless electronic beat of the soundtrack are a great combination. Endless runner games are by their nature somewhat one-dimensional, but Alone sets itself apart with its design and unique gameplay. Whether you’ve played Alone before or not, take it for a spin this weekend. Some of the best iOS games are hidden beneath a mountain of new releases.