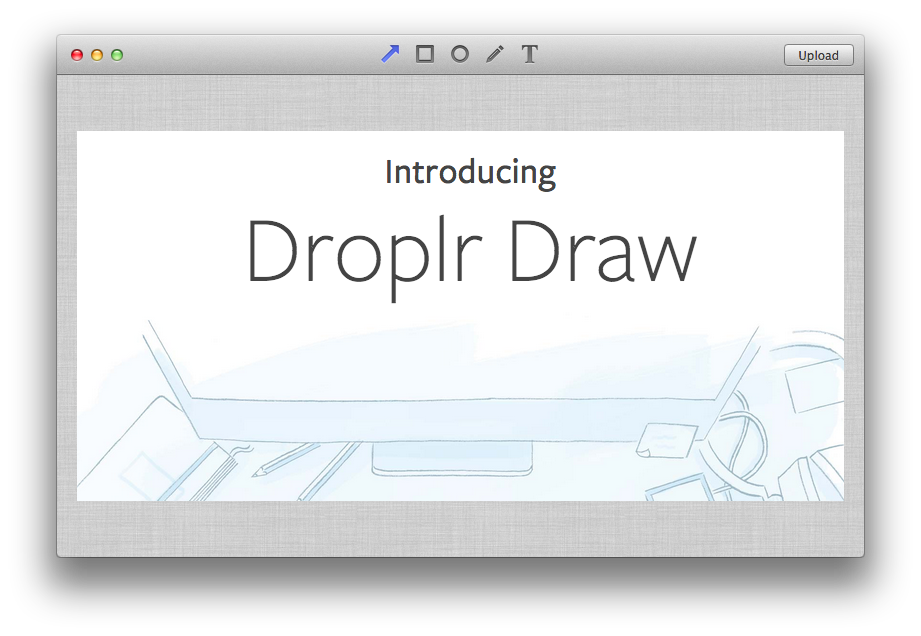 Skitch is my favorite image annotation tool on the desktop and Marco Arment’s Bugshot is on my iOS Home screen, so when I saw the announcement of Droplr Draw last week I knew that it was something I needed to check out. Even if I’m a big fan of Skitch’s feature set on OS X – unlike some, I do like the Evernote integration – the app doesn’t provide the fastest way to capture, annotate, and share a screenshot, and Droplr Draw seemed promising.

Droplr Draw isn’t a separate app: it’s a feature of the Droplr for Mac app for existing Droplr Pro subscribers. Droplr Draw lets you a take a screenshot as you normally would with Droplr, add some annotations to it, upload it, and share it to Droplr. It’s essentially an extra layer between the Finder and Droplr’s cloud that instead of taking a file and returning its public URL opens an editing window first.

Droplr’s Draw view is extremely simple. There are four tools (arrow, rectangle, oval, free form) and a Text button to add annotations to an image with only one color (light blue). Annotations can be moved and resized on the canvas, but there are no settings for thickness, additional shapes, colors, or strokes. Once you’re done adding text or shapes, you can hit the Upload button, and Droplr will upload your file and copy the resulting URL in your clipboard.

The decision to launch Droplr Draw as a feature of the existing Droplr was a good call because Draw isn’t advanced enough to justify a standalone app. As I mentioned above, the app lacks any sort of settings or annotation options, making it an inferior solution to Skitch or even Apple’s Preview. 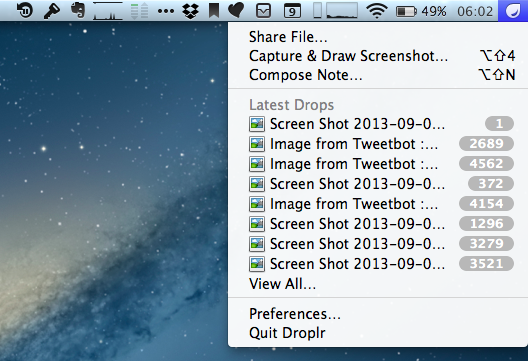 In my workflow, I have tried to annotate screenshots, coming to realization, on a couple of occasions, that I needed to adjust colors and thickness and that Droplr Draw couldn’t allow me to do that. More importantly, you can’t add images to Droplr Draw as the only available trigger is “Capture and Draw” from the menubar; if I receive a screenshot via email and I need to send it back with annotations, I’d need to take a screenshot of the screenshot if I wanted to use Droplr Draw to annotate it.

Droplr Draw isn’t a Skitch competitor, but it’s a nice addition to Droplr Pro for simple and quick annotations. It doesn’t break any new ground, but it’s a good feature to have in a screenshot sharing service. I’m looking forward to an iOS version.