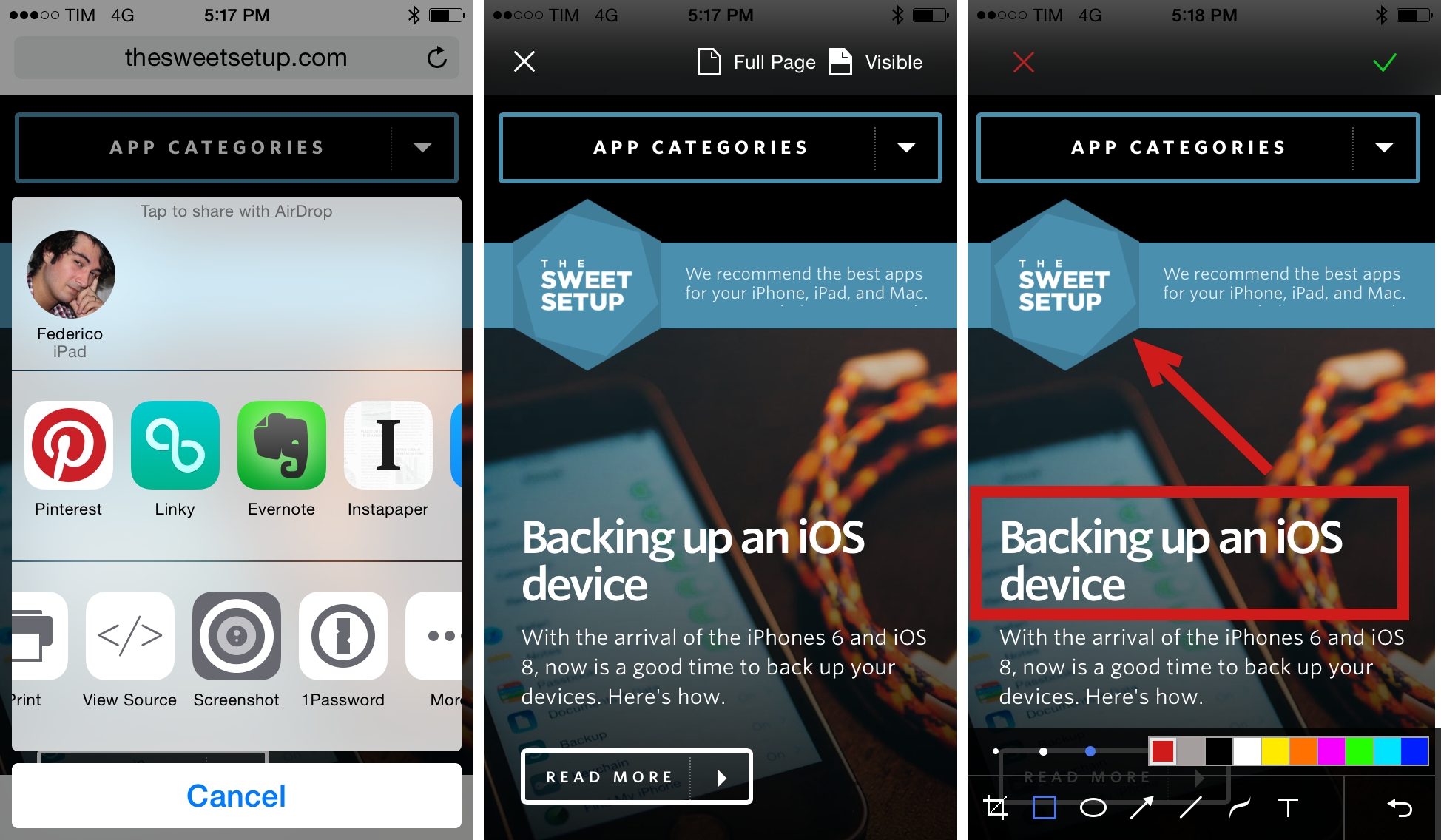 Available for free on the App Store, Awesome Screenshot lets you capture screenshots of webpages from Safari through an action extension. The idea is a great one – I’ve always looked for a more integrated way of capturing webpages directly in Safari for iOS – but the execution has a couple of flaws that I’d like to see fixed soon.

Once enabled in Safari’s share sheet, Awesome Screenshot will show up as an action extension; tap it, and the webpage will be loaded in a full-screen view inside the browser. Awesome Screenshot doesn’t generate a screenshot immediately, but instead asks you to choose between a full webpage capture or an “only visible” mode that generates an image for what’s currently visible in Safari’s window. I like that two different modes are available, although I’d prefer to be able to set a preference and choose to always save webpages in their entirety.

Once captured as a screenshot, the extension shows an editing screen with basic annotation tools for selections, arrows, boxes, and other shapes that you can find in similar apps. The interaction isn’t as smooth as what you get in Evernote’s Skitch (which has become an exceptionally polished iOS app), but it gets the job done and it’s functional. When you’re ready, you can save the screenshot to your photo library or share it using other extensions installed on your device. When it worked, I ended up with high-res screenshots of webpages captured directly from Safari. 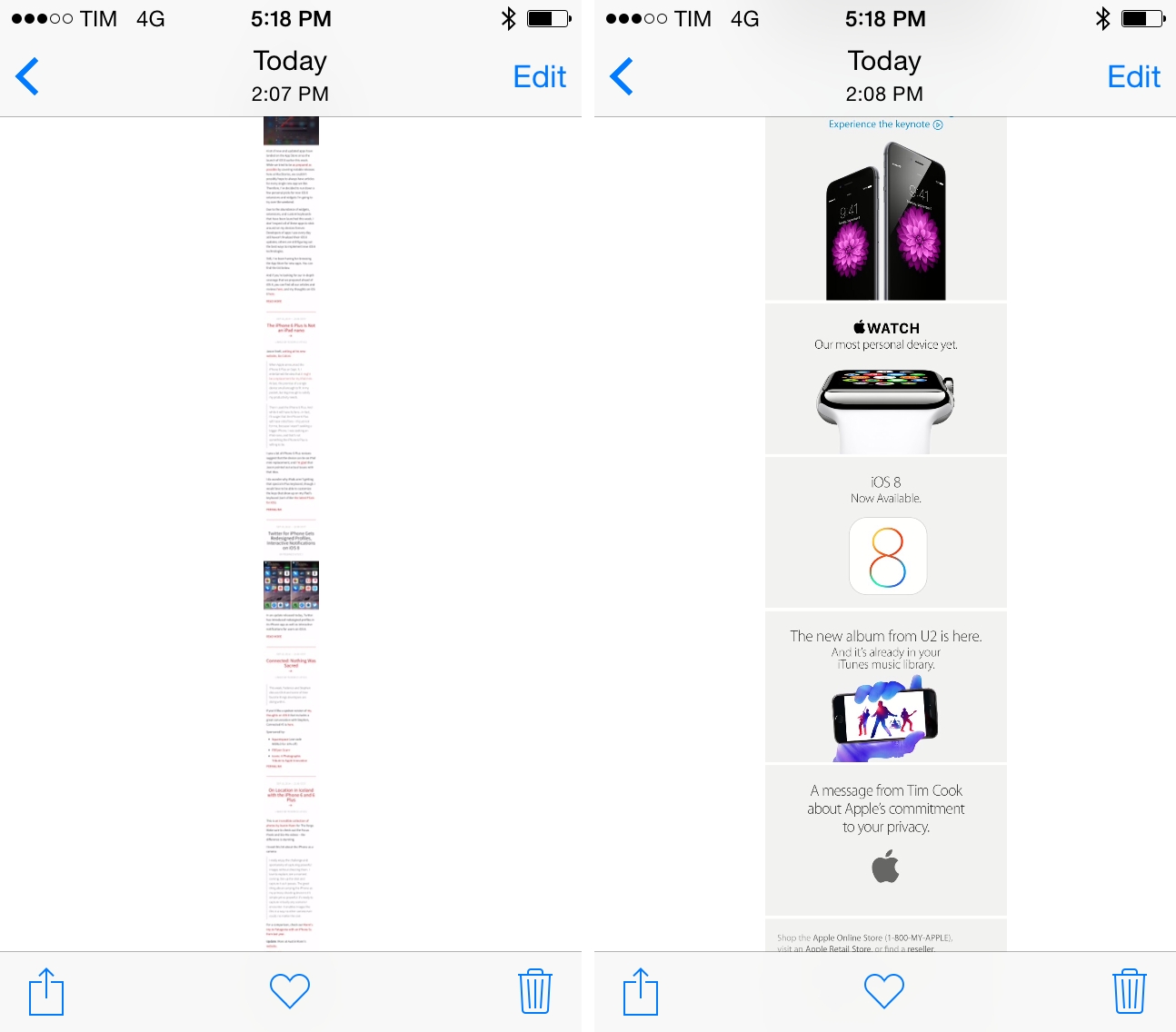 The problem with Awesome Screenshot is that it doesn’t always work. On my iPad, I can only capture visible parts of webpages and the extension crashes every time I attempt to save a full webpage; on my iPhone, the extension lets me save full screenshots, but sometimes they’re cut off in mid-page (try with the MacStories homepage on your iPhone). Furthermore, the extension only seems to work with Safari: the app is indeed called Awesome Screenshot for Safari, but the point of extensions is to guarantee inter-app communication with system-wide plugins, and the app doesn’t work with iOS 8 apps that have web views, such as Pinner.

I like the idea behind Awesome Screenshot: I’ve often depended on third-party apps to turn webpages into screenshots and I think that an integrated workflow inside Safari makes for a better experience. Until Evernote adds the ability to save webpages as screenshots from Safari (I only assume it’s coming to Skitch, as it would make perfect sense), Awesome Screenshot is a nice alternative in need of bug fixes.

Awesome Screenshot is free on the App Store.