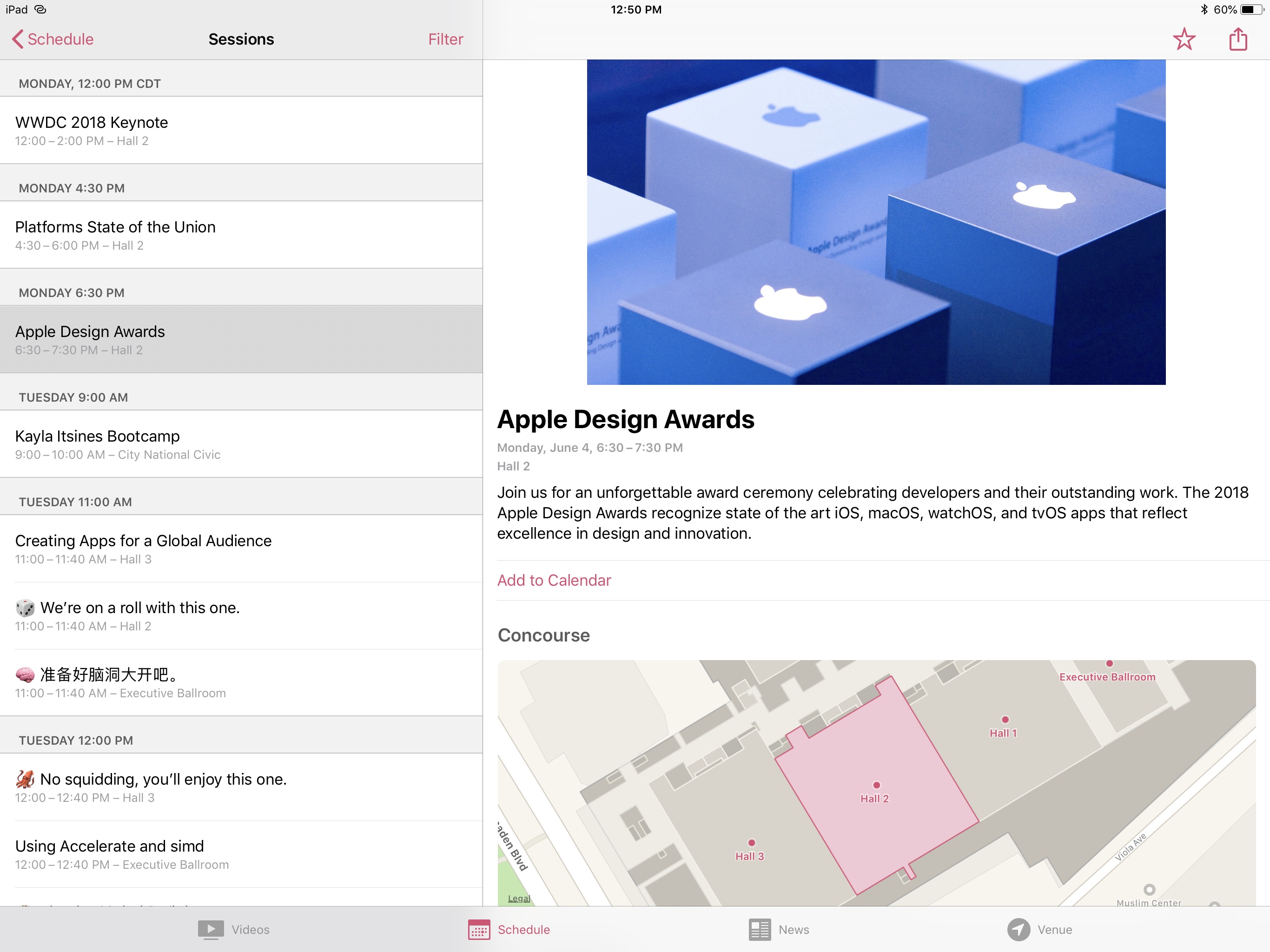 Apple has updated the WWDC app ahead of its annual developer conference that begins June 4, 2018 in San Jose, California. Unlike last year, when the app received a new design inspired by apps like Apple Music and Apple News, this year the app has remained largely unchanged. Other than a new icon, the main change with this update is that the schedule for 2018 conference sessions is now included.

The most noteworthy news tidbit from browsing the app’s updated schedule is that the Apple Design Awards are making a return to public form this year. At WWDC 2017, Apple decided to eschew its normal tradition of a public ceremony, and instead honored ADA winners in a private ceremony, followed by an updated website. This year marks a return to form, with the ADAs being held the evening of the conference’s first day.

The WWDC app is a free download on the App Store.