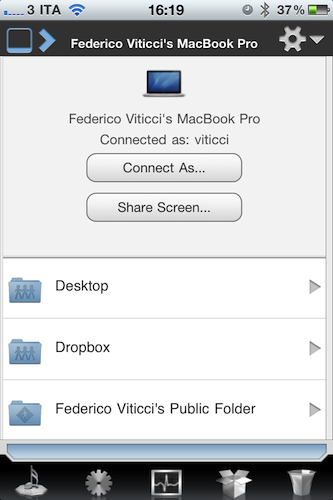 Back in January when I reviewed Antacea’s Cloud Connect Pro, I called the app “a Finder for the iPad” thanks to its large set of functionalities that allowed users to easily connect to computers, AirPort stations, shared drives and a variety of services / machines with a few taps. The app didn’t exactly sport a beautiful user interface (the developers are still working on improving this aspect), but it was already a full-fledged solution to put most of the features of the Mac’s Finder into the tablet’s screen: copy and paste actions, sorting options, media streaming, column-based folder navigation were there in the first release. Of all the apps to locally or remotely connect to a computer (SMB, FTP, SFTP protocols are supported, as well as VNC and RDP for screensharing) I’ve tried over the past years, Cloud Connect Pro was, in spite of graphic elements that could have been better, the most powerful way to put a computer or online services like Dropbox in your hands. And with the latest 2.0 update, this is now possible on the iPhone too.

Cloud Connect Pro has gone universal with the update released on April 1st, and the iPhone version is nothing but the iPad app on a smaller screen with tweaked navigation to please your thumbs. It’s got the same features of the iPad client: iDisk and Dropbox remote access, Google Docs / Box.net support, FTP / SFTP / WebDAV / Apple File Sharing and SMB authentication. Plus screensharing functionalities that turn the app into a simple VNC client. Not to mention automatic discovery of computers on your local network, different login options as Guest or Administrator, copy & paste support, local downloads and much more. All the features I mentioned here have been implemented on the iPhone, basically. Of course you can’t see multiple columns at once when browsing a computer, but you can move back and forward between folders with a single swipe. A button in the upper left corner takes you back to the main screen that lists all your servers and desktop machines. Feature-wise, Cloud Connect Pro blows most of its competitors out of the water.

The 2.0 update also brings support for multitasking (finally), which now allows you to stream music in the background even when not using the app. At $24.99 in the App Store Cloud Connect Pro doesn’t come cheap, but it’s packed with features that will enable you to connect to your computers, services and shared drives directly from an iOS device. More screenshots below. 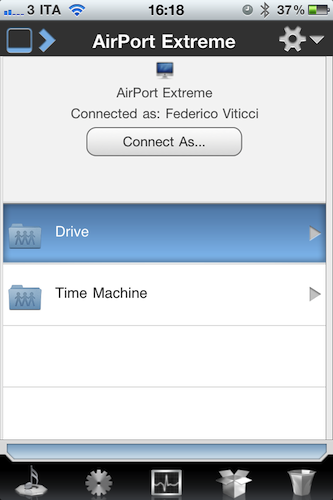 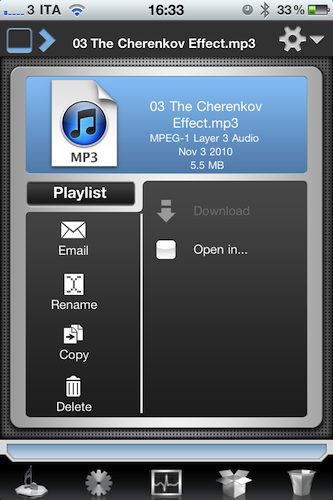