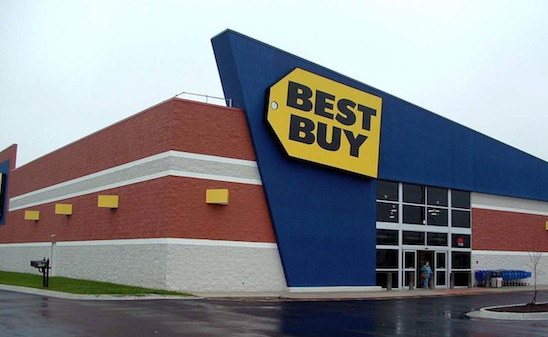 An article published by CrunchGear last night suggested Apple “blacklisted” Best Buy over a misunderstanding between the company and the retailer which, allegedly, had been holding off on selling iPad 2 units they had in stock. Apple didn’t like the strategy, and stopped sending new iPad 2 shipments to Best Buy altogether. CrunchGear also reported it was unclear why Best Buy would keep iPads in stock without selling them (telling customers iPads weren’t available at all), with this information coming from “a reader who works at Best Buy.” The report also went on to claim that – according to the tipster – Tim Cook was involved in negotiations with Best Buy, and the situation was pretty bad for the American retailer.

As it usually happens with rumors involving Apple, the report got picked up by several blogs last night. But since CrunchGear posted the tip they received from a Best Buy employee, it all got more interesting. CrunchGear updated their original report with a purported email from Tim Cook sent to the tipster.

My understanding is most of their stores sold all of their initial supply on the first night of the launch and the balance were out by the following day. I am not aware of any units being held.

Of course there’s no way to confirm the email is legit right now, but we’re going to trust CrunchGear on this. Like I said, it gets interesting because Boy Genius Report is now claiming they have independently confirmed with their sources that Best Buy is actually holding iPad 2 inventory after the sales quota for the day is reached, but they’re also telling employees (via SMS) all iPads except pre-orders must be held.

BGR has independently confirmed that retail employees of at least two Best Buy stores were told by managers not to sell iPad 2 inventory on Thursday afternoon. We have also obtained an internal communication delivered to all retail employees at a California Best Buy location on Thursday.

NewsFlash: ipads cannot be sold according to BBY. All ipads except for preorders MUST be held until further notice. Cant tell customers were holding them either

It is unclear at this point whether Best Buy is really holding iPad 2s without selling them, or if it’s just a fake tip sent by someone who doesn’t work at Best Buy and just wanted to get some attention from the press. We can’t confirm whether the Tim Cook email is real either, and then there’s BGR (which has a good track record with Apple rumors) that’s reporting Best Buy is actually adopting this strategy and it’s in “hot water” with Apple. Considering the persistence of the rumor, though, and all the blogs and sources involved in this story (TUAW also got a similar tip), I believe there must be something true about Best Buy holding iPad 2s. Both Apple and Best Buy declined to comment.

I handle pretty much everything Apple related in our sales department including inventory, training, and keeping up with the latest Apple news. Yesterday we received a small shipment of iPad 2′s, and as soon as they were brought out to the sales floor my supervisor told me that we could not sale them. I asked him why and he said that the managers received an internal email saying that we were to hold any available iPad 2′s and were not allowed to sell them. We were also instructed to tell customers that we were out of stock and not to mention anything to customers about the inventory we were holding. No one really had an explanation as to why, so we locked them up in the warehouse until we hear more from upper management.

Update: MacNN reports an official statement from Best Buy PR. Apparently, they are holding iPad 2 stock for an “upcoming promotion.”

Best Buy continues to receive iPad 2 inventory from Apple on a regular basis,” a statement issued by a PR manager explains. “As we’ve said previously, we are fulfilling customer reservations first. Our stores have been asked to temporarily hold non-reserved iPad 2 inventory for an upcoming promotion. This is a customary practice for us when there are supply constraints. Best Buy enjoys a great partnership with Apple, and we’re delighted by customer response to iPad 2.