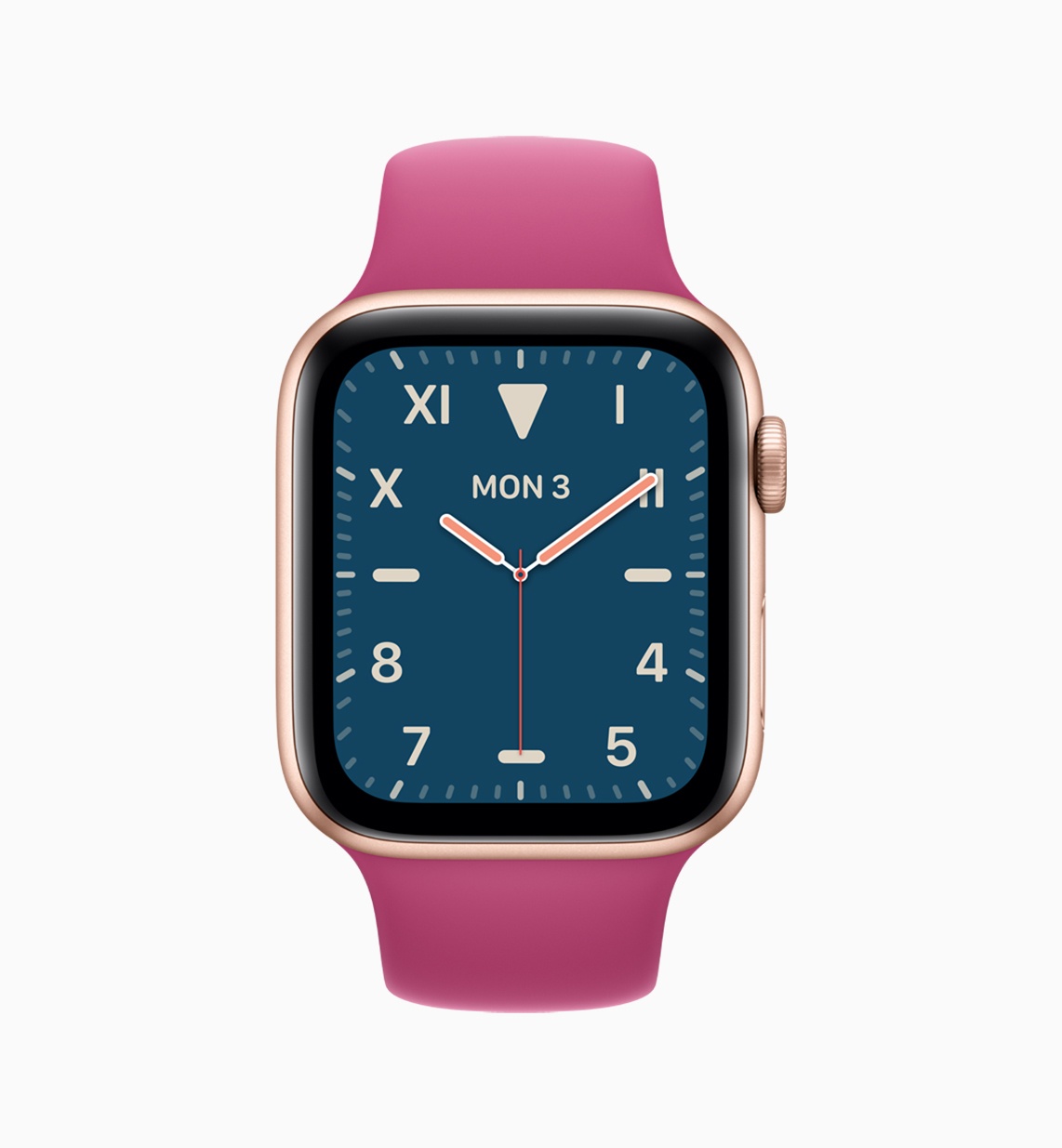 As usual, the latest version of watchOS comes with new watch faces. Overall, the watchOS 6 faces seem like minor new additions. They include a Gradient face where the hands move the gradient color throughout the day, a Numerals face where the background is full-screen numbers, a California Dial face, and a redesigned Solar face which shows the position of the sun throughout the day.

This year Apple did not mention any improvements to the Siri watch face, an unusual omission given that this machine learning face has been pushed as the flagship face on the Apple Watch for the last two years. That doesn’t seem to be in the story this year. Instead we’re back to third-party apps being prioritized over watch face changes, and given the breadth of changes for Watch apps, that feels like a decent tradeoff this time around. 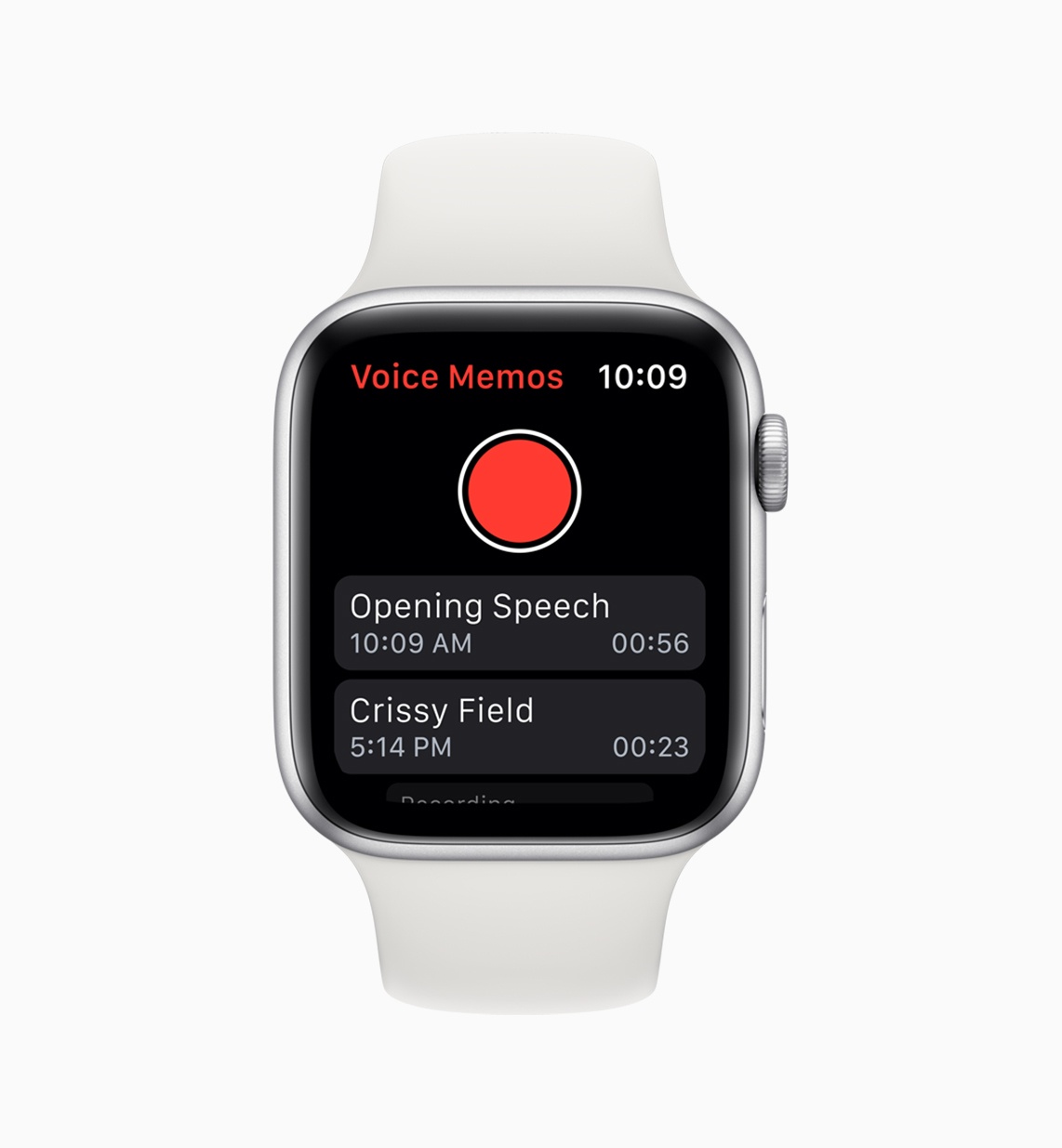 watchOS 6 will include a brand new native Books app for listening to your Apple Books audiobook collection directly from your Watch. The new Voice Memos app will let you record audio on your Watch, and will sync recordings back to Voice Memos on your iOS devices. Finally, Calculator is making the jump to watchOS as well. Alongside standard calculations, it will also include a feature to specifically calculate tips and split bills among multiple people.

These apps aren’t groundbreaking, but each does its part to further divorce the Apple Watch from the iPhone. We’ll get to the new first-party health apps below, but the biggest first-party app addition continues to further this year’s story of Apple Watch independence: the App Store.

App Store on the Apple Watch

A native App Store on watchOS was probably not one of the most sought-after features for the Apple Watch, but the lack of it is one of the main reasons people need to go back to the iOS Watch app. Having the App Store directly on the Watch is a big step forward for the platform. The watchOS App Store will include full search functionality through dictation, Scribble, and Siri search requests. Apps can be purchased and installed directly on the Apple Watch, and for the first time you will be able to install an Apple Watch app without a companion iPhone app being installed as well. Developers will need to update their Watch apps in order to enable independent installation on the Watch. 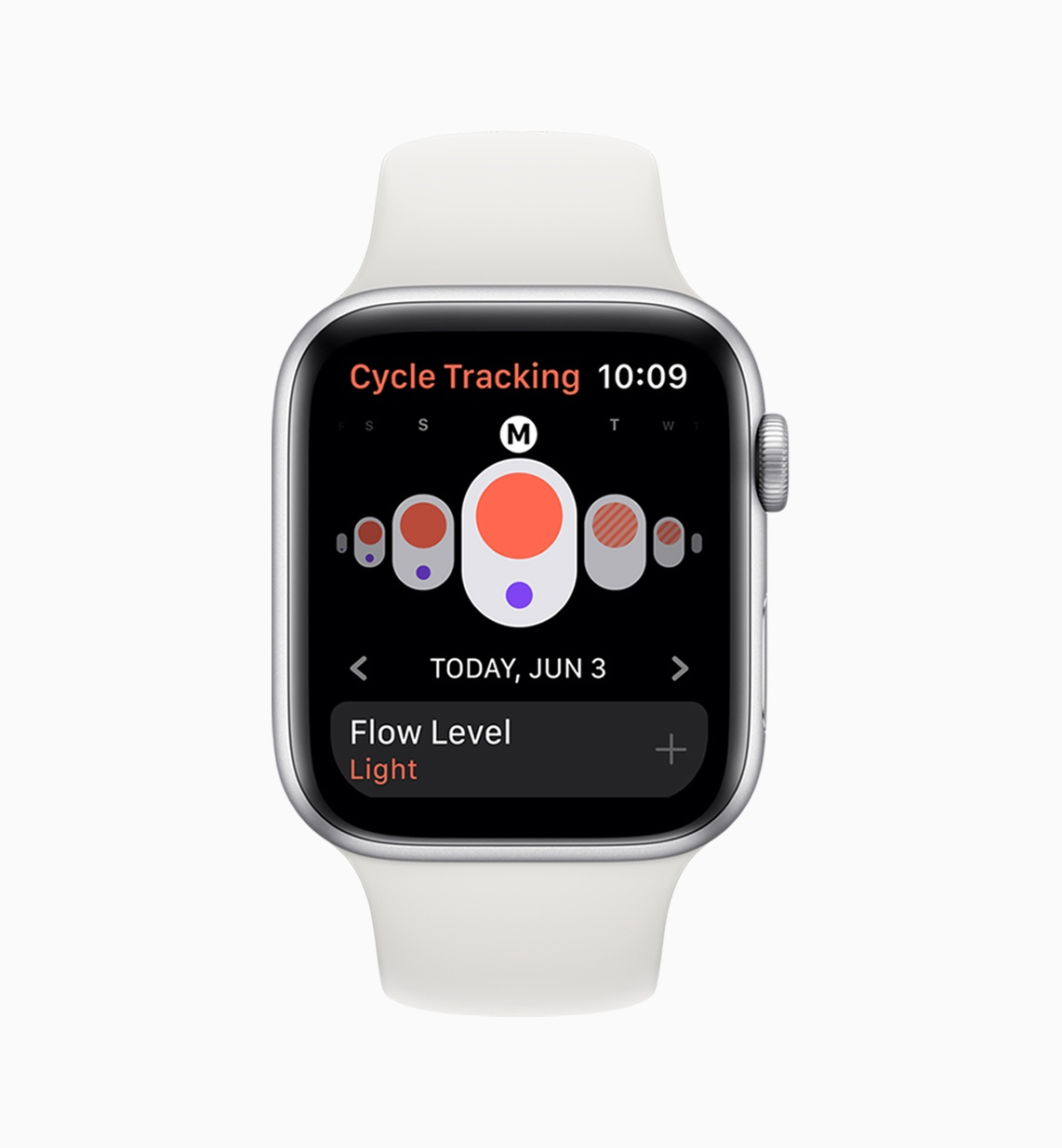 An all-new Activity Trends feature kicks off this year’s Apple Watch health and fitness changes. Activity Trends is a rolling comparison of your last three months of data against your last 365 days. It tracks nine key metrics, and will analyze the data to inform you whether you are improving or regressing and by how much. Metrics include exercise minutes (the Activity exercise ring), total stand minutes, daily calories burned (the Activity move ring), number of hours with at least one minute stood in a day (the Activity stand ring), distance walked, and daily VO2 max cardio levels. If you are trending downward, the Activity app will present you with coaching notifications to try to help you hit your goals.

Another new first-party watchOS addition is the Noise app. Noise will actively monitor the decibel levels around you throughout the day, and will notify you when they reach levels that may damage your hearing. The app was built with privacy in mind, and never records or transmits any audio whatsoever. There are complications for the Noise app so you can watch the noise levels around you from your watch face as well.

The last health change is the addition of a new menstrual cycle tracking app. Aptly named Cycle Tracking, the app will allow you to track your cycles over time. As the app builds up data, it will begin analyzing it and notifying users when it estimates a cycle is going to begin. Also based on this data, the app can optionally start sending notifications when it estimates that users are in a fertile window. All of these features are available directly in the Apple Watch Cycle Tracking app, but will be available in the iOS Health app too.

A new streaming audio API opens up the Apple Watch streaming capabilities to all audio apps. The previous streaming API only allowed music apps to stream content, so this year’s change means that podcast, audiobook, and video apps can join in the fun as well.

watchOS 6 brings an extended runtime option for apps that have a legitimate need to run in the background for longer periods of time. Apple points out mindfulness apps, alarms, and physical therapy apps as examples, but I’m sure we’ll see more as developers work with this loosened constraint. The API will allow access to sensors on the Watch, so heart rate, motion, and location data can be monitored over time. The extended runtime change may not sound like much, but if executed well it could be a huge step forward in the maturity of the watchOS operating system as a whole.

New APIs for CoreML and the Apple Watch Series 4 Neural Engine enable even more classes of third-party apps to make their way to the Watch. Apps can incorporate machine learning models for training and analyzing data directly on the device, another big step forward on the road to independence from the iPhone.

Finally, access to more iOS frameworks and technologies directly on the Apple Watch is enabling Watch apps to be shipped entirely on their own with no iPhone counterpart. As mentioned above, this will require changes from developers to take advantage of these technologies on the Watch instead of routing through the phone like they may be doing today. Finally, the new Sign In with Apple feature will let watchOS users sign into apps directly on their Apple Watch without needing to enter passwords.

SwiftUI is a brand new way to develop interfaces for all of Apple’s platforms. We’ll be going into more detail on the implications of this change in our other WWDC coverage, but for now suffice it to say that this is a huge upgrade for developers. It will, in theory, massively simplify and streamline the process of building UIs for apps. On watchOS in particular this is great news, as the existing process for designing apps is notoriously slow and error-prone. We’ll find out from developers this summer how well Apple pulled off this ambitious new take on interface building.

watchOS 6 will feature a new “Taptic Chimes” feature, which will tap you on the wrist at the top of each hour all day long. If you don’t have your Apple Watch muted, it will also output a chime alongside the taps if you enable this. To each their own, I guess.

Apple didn’t touch on watchOS Siri in the keynote, but on the web they do note a couple additions to Siri’s Apple Watch feature set. First, Siri’s Shazam integration has now arrived natively on the Watch. Ask Siri, “What song is this?” and your Apple Watch will listen to your surrounding audio environment and try to determine which song is playing in the background. Next, Siri can now search the web on your Apple Watch. Results will be returned in a scrollable list on your Watch, rather than refusing to do anything like in watchOS 5.

Animoji and Memoji stickers can now be sent to your friends from the Messages app on Apple Watch. These are a new feature in iOS this year, and it’s good to see the Watch maintaining parity rather than dropping a year behind.

Alongside today’s Apple Watch software announcements, a new set of summer color Watch bands have been released, as well as a new pride-themed band. You can check out all the new bands here.

In a pretty insanely packed event, watchOS feels like it slid under the radar. When you break it down though, this year is gearing up to be a hugely impactful release for the Apple Watch operating system. Third-party Watch apps have mostly stagnated in recent years as Apple has remained focused on system-level improvements. The big API changes have ultimately been hamstrung by weird constraints, such as only opening the streaming APIs to music apps. This year feels like all of that has changed.

Streaming is open to all apps now, and extended runtimes will be a game changer for many different use cases. CoreML and Neural Engine access widen the pool even further. When you round things out with greater independence from the iPhone and SwiftUI, watchOS feels like it finally has a compelling story for third-party developers.

Apple also hasn’t stopped driving health and fitness features forward. These seem to be the main selling points for Apple Watch, and this year’s additions of Activity Trends, Noise, and Cycle Tracking will make the Watch even more useful to owners. Analysis of activity data over time has definitely felt like a missing piece, so it’s good to see Apple patching that hole. Cycle Tracking is a huge affordance for the 50% of the population who are far too often neglected by technology companies.

watchOS 6 will depend a lot on developers stepping back into the ring and being pleased with what they find. Let’s hope Apple pulled off these improvements as well as it sounds like they did.