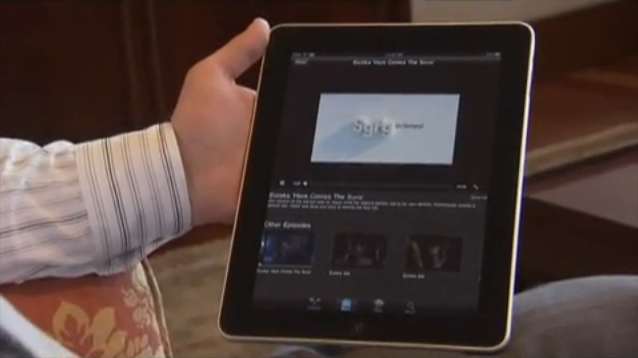 While Sling Media’s iPad app already exists to stream TV from anywhere thanks to your Slingbox, the powerplay into “TV anywhere” will ultimately be made by cable companies and Internet service providers. With companies like Hulu and Netflix competing against Time Warner, Dish Network, and Comcast, the only move left is to level the playing field by making content available everywhere. If I can get a new episode of House every week on my iPad from Time Warner (even more crucial when traveling), what’s the use in paying an additional fee for Hulu? While I’ve ditched cable all together because of the outrageous subscription fees, I may be enticed back with the promise of being able to stream content to my iPad.

Time Warner should be the first provider to launch an app that streams content to the iPad. In combination with a TV guide, iPad owners will be able to browse content and play it on their iPads in their homes. The end goal is to be able to stream that content anywhere in the pursuit of customer convenience, and while I complain about Time Warner’s shady Internet policies in the South-East region (really, $15 extra a month for a wireless/modem combo?), I suppose I’m glad for once that companies aren’t talking about caps or blocking content.

The beauty of the home solution is idea of the portable TV. Your kids can watch their favorite programming on their iPads while you can move into the kitchen, not failing to miss Phil Mickelson’s game winning birdie on the 18. Ryan Lawler from NewTeeVee points out that the iPad also opens up plenty of search and social opportunities, allowing for content to be hand picked via category, or perhaps it could offer recommendations like a TiVo, suggesting new programs to watch. Time Warner isn’t limiting themselves to the iPad either: opening the app to third party developers isn’t out of the question, as are the possibilities of launching on other devices (like the Xoom).