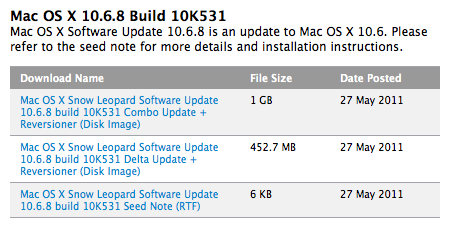 The releases of Mac OS X 10.6.8 have been following a weekly schedule, with new builds appearing on Thursdays and Fridays. The last build was released last week – with the WWDC coming up in less than two weeks and OS X Lion likely to follow shortly after (according to the latest rumors) or throughout the summer, Apple might release 10.6.8 as one last maintenance update to Snow Leopard before the new OS goes public.