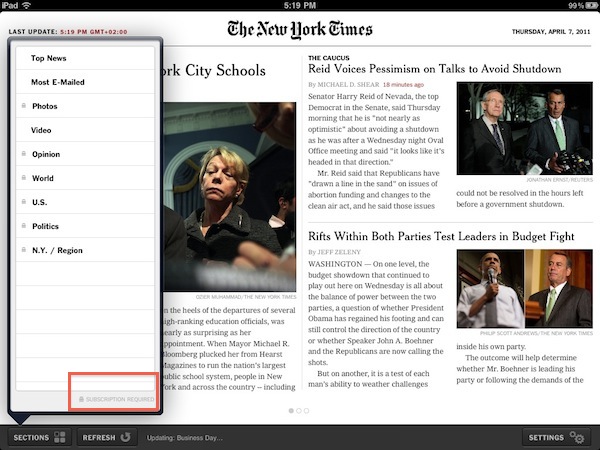 The official New York Times app for the iPad was updated a few minutes ago to include the new subscription system the publication first announced in March. The latest 2.0.5 version, bug fixes and performance enhancements aside, introduces the so-called paywall that restricts access to several sections of the app and only enables you to check out the Top News and Video section. You can find the updated version in the App Store here.

What’s interesting is that The New York Times still isn’t using Apple’s iOS subscription system to sell digital access to the newspaper. The app still relies on an embedded browser login to unlock all the features or sign up for a new subscription plan, and we guess it’s because developers of existing App Store apps can wait until June before being forced to update their software to include the iTunes subscriptions. From the app’s Settings, in fact, there’s no way to easily purchase a subscription like in The Daily with your iTunes account – you’ll have to manually log in The New York Times’ website from a popup window. We assume an upcoming update to the iPhone app (recently updated to version 3.0) will also activate the NYT’s paywall for sections.

At the moment of writing this, however, it appears that The New York Times is running a promotion with discounted access for early subscribers: 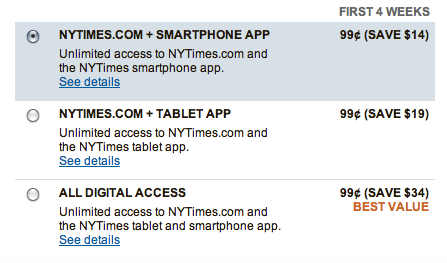 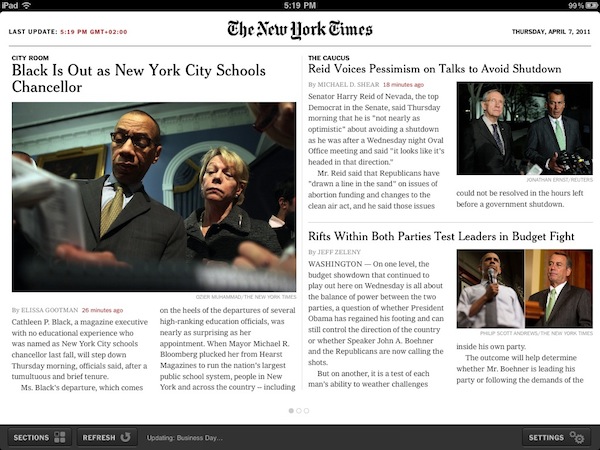 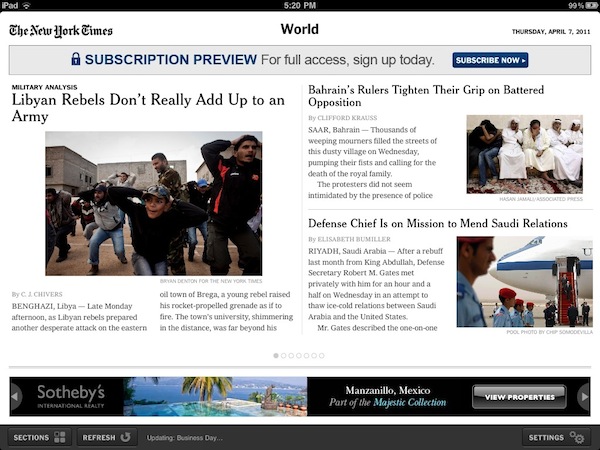 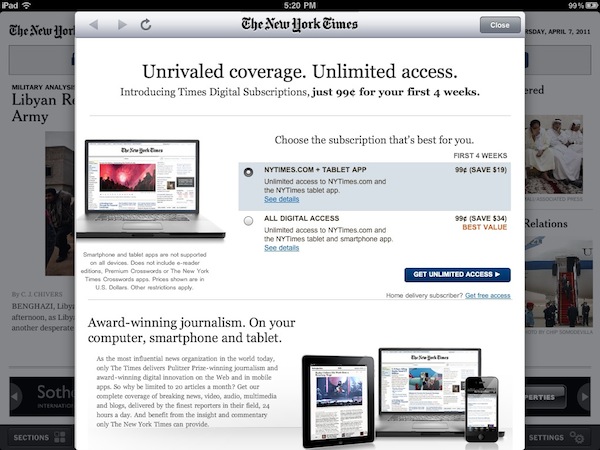