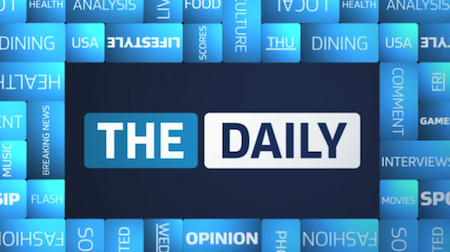 It’s not looking good for The Daily, the joint collaboration of Apple and News Corp. that launched in February as an iPad-exclusive magazine featuring the new iTunes subscription system. During today’s News Corp.’s March quarter earnings call, the company revealed the app is still a “work in progress” that generated a $10 million loss over the last quarter, as reported by Peter Kafka at MediaMemo.

For instance: Asked to comment on The Daily’s performance, Carey says it’s a work in progress, which lost $10 million last quarter. Then, in the background, someone — most likely CFO Dave DeVoe, mentions “800,000 downloads”.

Assuming that’s the actual number, that’s the first time anyone from News Corp. has talked about the iPad app’s performance. I’ve asked News Corp. to confirm.

MediaMemo also reports the 800k figure is for downloads through iTunes, not paid subscriptions. Downloads below one million seem to be a little low for The Daily, which was heavily promoted by Apple on its website and the App Store with multiple weekly homepage features. News Corp. itself stated several times in the past that the app was set to expand to more devices (like Android tablets) in the future, but it appears that Apple is still holding an exclusive on it as of today. Apple for instance helped The Daily’s team implementing subscriptions before the app’s launch giving them access to unreleased APIs not available to other developers, and News Corp. even tried to push the app to millions of eyeballs with a remarkable Super Bowl commercial. However, a few weeks ago rumors started to surface about The Daily’s slow decline in popularity and social media engagement, in spite of the publication even offering a website to read news coming from the iPad version.