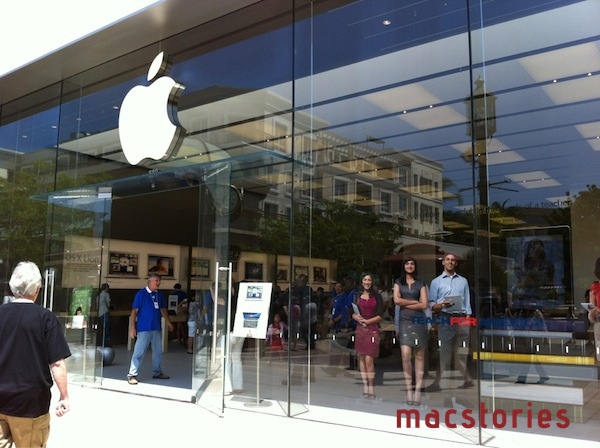 Officially announced earlier this week and rumored for several months, the new “The Americana at Brand” Apple Store has opened today in Glendale, California, at 10 AM, roughly 500 feet away from the original Glendale Galleria retail location dubbed store R001, which opened on May 19, 2001. The Glendale Galleria Apple Store was the first location to be planned (thus the “R001”), but it opened a few hours after the Tysons Corner one because of timezone differences with the East Coast.

The new Apple Store in Glendale will serve as a way to drive customers to a second location relatively near to the highly trafficked Galleria store – this is not the first time Apple has opened retail stores with short distance between each other. 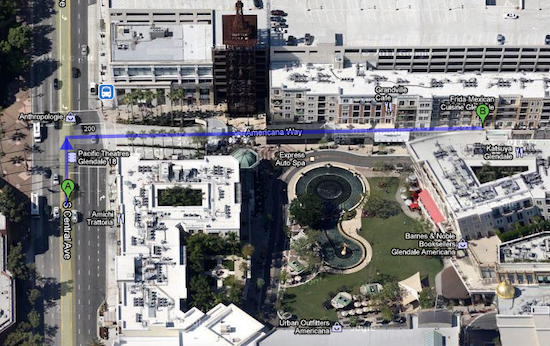 A MacStories reader sent us some photos of the new Store, which uses an all-new glass front panel with floating Apple logo, and obviously has new Lion signage and promo material, as well as iPad Smart Signs on the inside. We are told there was a line to get in earlier this morning, though we don’t know if Apple gave away promo material like t-shirts or postcards to celebrate the launch of the new store, as they usually do.

After the break, we have embedded more photos and two videos showing the grand opening and Apple employees cheering and clapping this morning. 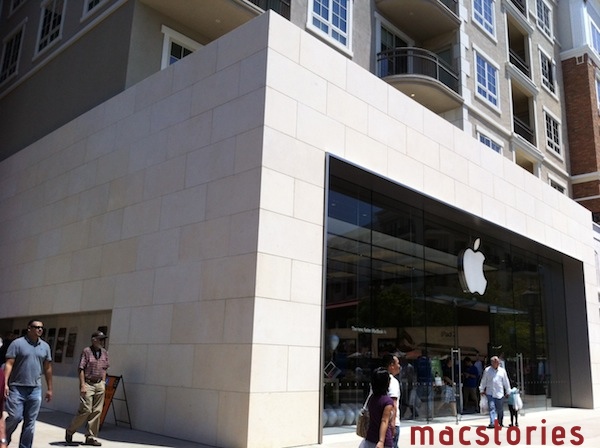 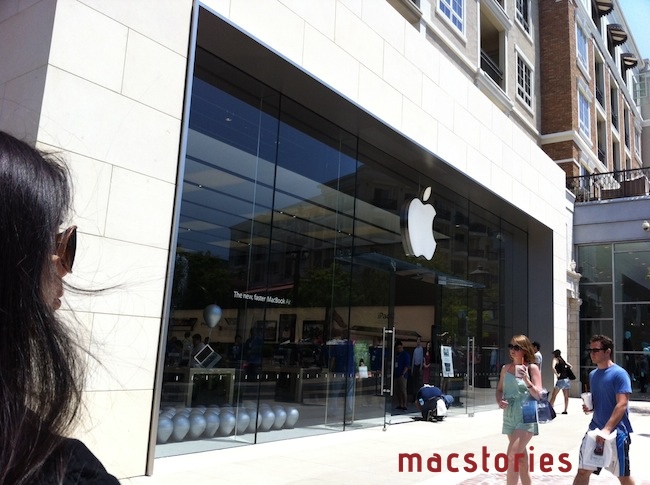 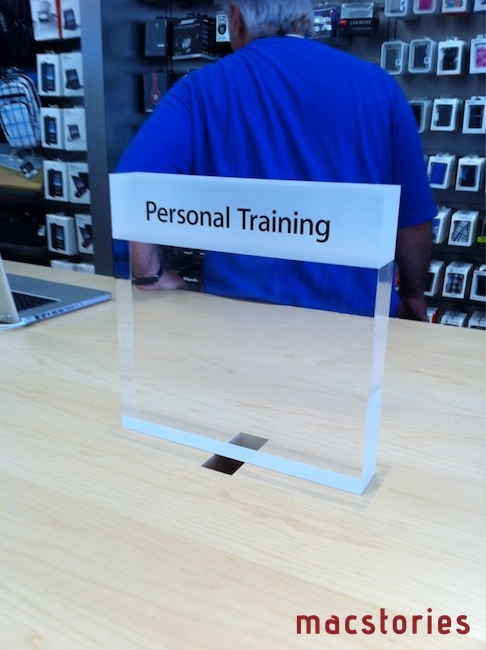 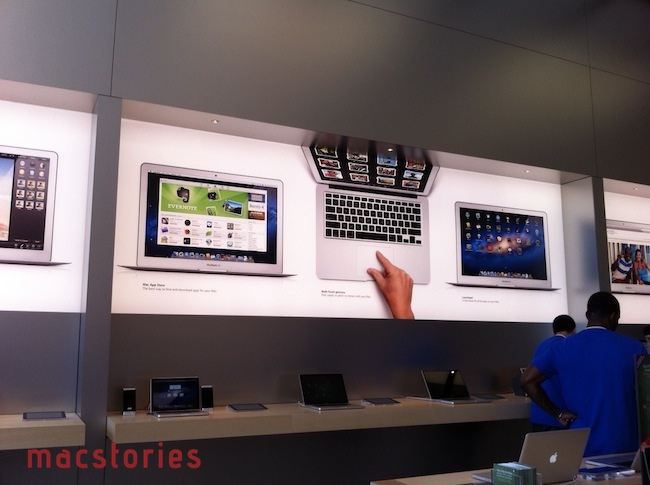 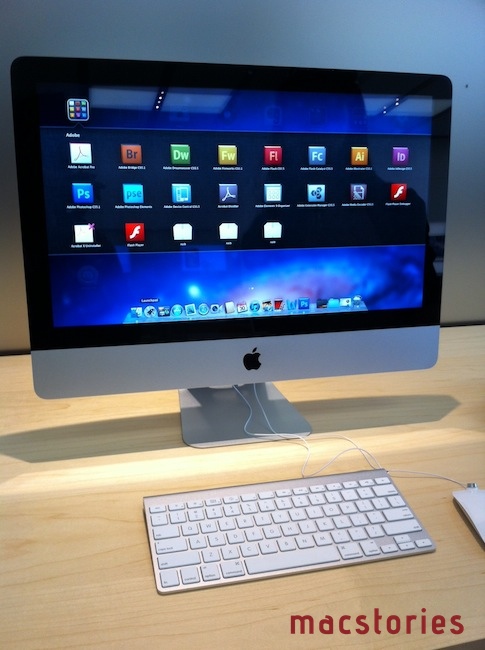 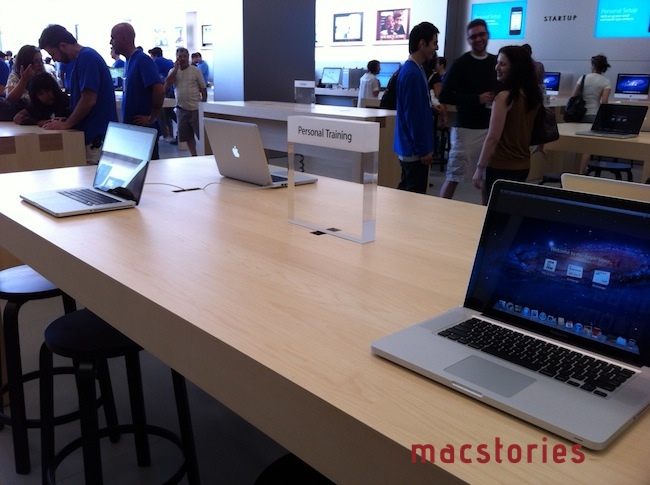 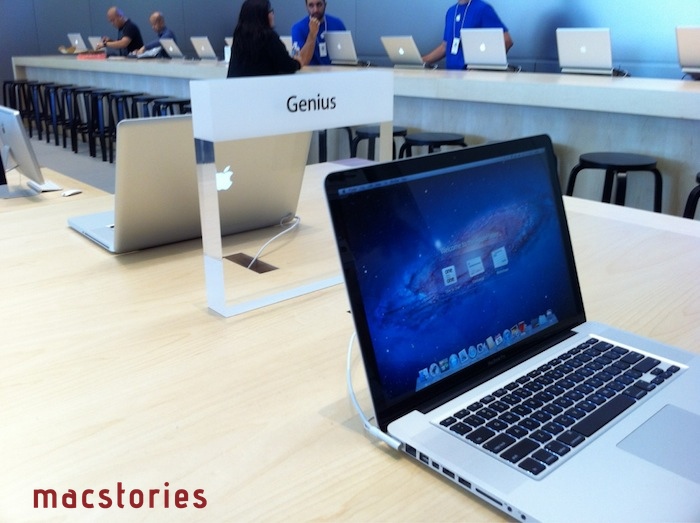 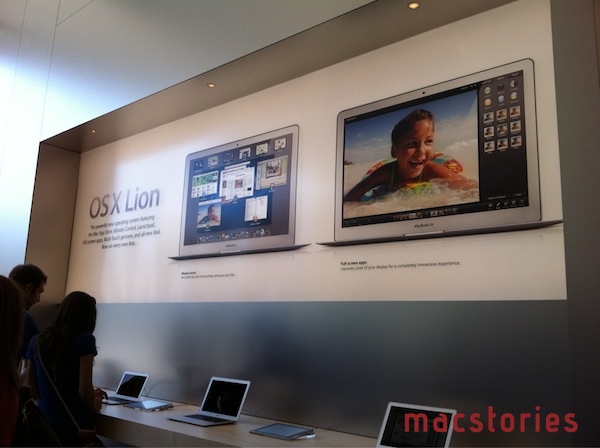