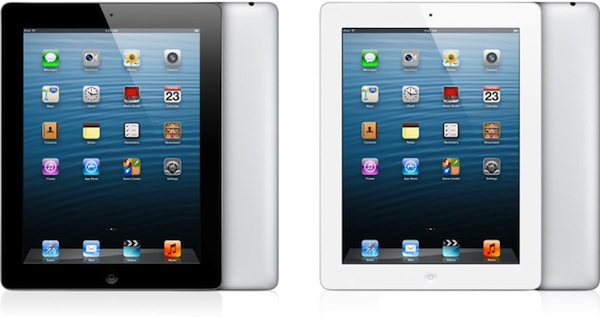 Before the Phil Schiller introduced the brand new iPad mini, he surprised the audience in attendance with the introduction of Apple’s 4th generation iPad during today’s Special Event.

The 4th generation iPad comes in the same chassis as the 3rd generation iPad. It’s been updated with Apple’s new dual-core A6X processor with quad-core graphics, which offers performance that’s twice as fast as the previous generation model. The camera has been updated to a FaceTime HD camera, able to record 720p video and snap 1.2 MB photographs. A Lightning connector has also replaced the old dock connector.

It’s an incremental update that’s big on performance, but not so substantial that purchasers of the 3rd generation iPad should feel the need to upgrade. The launch of the 4th generation iPad is a simple revision to the existing model that neither reduces weight or thickness. It does, however, possibly change Apple’s release cycle by placing the iPad ahead of the holiday shopping season instead of after it. The updated iPad also brings it up to date with Apple’s most current technologies, such as Apple’s new Lightning connector that was introduced with the iPhone 5.