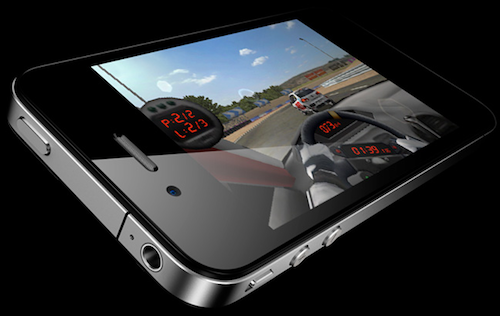 When I was a kid, having an iPod meant you wanted to be different and you cared about the quality of your music. At least in my town, most kids bought MP3 players from a variety of popular / unknown brands at the local electronics store or mall, and they didn’t really care about the functionalities of the device as long as they could “put MP3s” into them. I know the situation was different in the States and, perhaps, in other towns of Italy too, but that’s what I remember.

The scenario nowadays, of course, is completely different. Every teenager knows what the iPod is, they have iPhones and, when they really want to go Apple all-the-way, they also have Macs. Apple’s sales numbers and popularity have dramatically changed (for the better) over the past decade, and with 100 million iPhones and 15 million iPads out there the company has surely created a new market for smartphones and tablets. Yet there’s still a huge room for growth, and according to Piper Jaffray’s latest bi-annual survey of high school students in the US, the numbers for Apple are promising. Among the 4,500 surveyed kids, 37% of them plan on buying an iPhone in the next six months, and 17% of them already have one. That’s up from 31% and 14% in Spring 2010. What about tablets? 22% of high school kids said they own one (and I guess they’re talking about the iPad here), whilst 20% plan on buying one in the next six months.

As for MP3 players, 86% of the kids who have one are using an Apple iPod. Other devices from Microsoft, Sony and Dell follow in the chart with incredibly lower numbers. But the MP3 player is clearly decreasing in popularity as kids prefer to listen to music on their phones rather than a dedicated device: in Fall 2010, 90% of surveyed kids had an MP3 player; in Spring 2011 “only” 80% of them have said they own a standalone device for playing music. And of course the iTunes Store has a 95% share among the “legal ways” of downloading music online; on the other hand, 65% of kids still use P2P services to illegally download music from the Internet.

So this survey leaves us with an interesting question: what will the popularity of tablets be like in 12 months? What’s going to happen to the iPod and, most of all, will Apple reboot the entire line to make sure it still makes sense for a kid to have an MP3 player alongside an iPhone? We know the iPod touch makes for a great gaming device, but I can see how having an all-in-one device (phone+music+games) can be a more attractive option. Check out the full survey here.