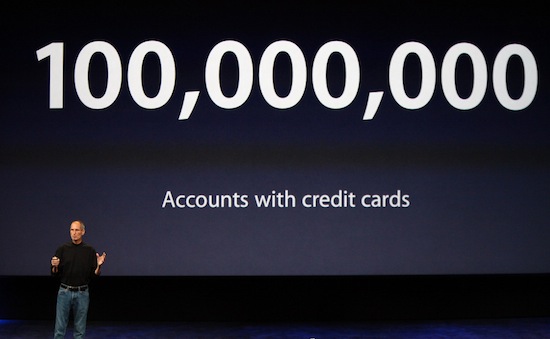 Following yesterday’s concerns in regards of Apple’s new subscription and in-app purchase policy for third-party publishers and developers, a MacRumors reader emailed Steve Jobs asking for clarification on the matter.

Yesterday, the developers of online reading service Readability announced that they would stick with the web platform as Apple rejected their iOS application that has a subscription feature, but it’s more of a “Software as a Service” (SaaS) rather than a “publishing” app. Readability aggregates articles saved from the web and displays them in an elegant and uncluttered view. Similarly, the TinyGrab developers (a screenshot taking tool) said they would soon cease App Store support because of the in-app purchase policy implemented by Apple.

We’re obviously disappointed by this decision, and surprised by the broad language. By including “functionality, or services,” it’s clear that you intend to pursue any subscription-based apps, not merely those of services serving up content. Readability’s model is unique in that 70% of our service fees go directly to writers and publishers. If we implemented In App purchasing, your 30% cut drastically undermines a key premise of how Readability works.

Instapaper developer Marco Arment expressed his concerns on SaaS apps without in-app purchases being rejected by Apple. The Readability rejection could open to the possibility of hundreds of unofficial Evernote and Dropbox clients being yanked out of the App Store because of the lack of IAP – impossible to implement in any way into an “unofficial” client that uses an API to connect to the primary service.

And what about a situation like Amazon’s Kindle app that will presumably be targeted for not selling Kindle books via IAP, even though Amazon’s catalog is so large that it surpasses Apple’s own limits on how many IAP items an app can register?

There are a lot of first- and third-party apps that access Salesforce, LinkedIn, and 37signals’ services, all of which have paid service tiers. Will all of these be removed from the App Store if they don’t build in IAP?

The Steve Jobs email posted by MacRumors doesn’t provide many details into Appel’s own guidelines, but it confirms that Apple is ok with SaaS apps relying on their payment system outside of the App Store.

As a full time iOS developer, I am concerned (and confused) withe the new App Store guideline regarding “Apps offering subscriptions” (section 11.12).

Most of the iOS apps I have developed, as a contractor for other businesses, have been free apps that had login screens to allow the user access to some amount of private data. and/or service. These businesses have all been well established companies that sell some kind of service to their customers (Software As a Service companies) and the iOS app was merely another “portal” for their users to access their data/services (in many times, in a limited i.e. “mobile” fashion)…. for example; SalesForce. I am concerned that most of these businesses will choose to not develop an iOS app for their customers if the IAP & subscription policy was in place.

Would these type’s of free apps be still be allowed in the App Store or will they now be expected to use IAP?

We created subscriptions for publishing apps, not SaaS apps.

Sent from my iPhone

In his typical fashion, the email reply is short and doesn’t come with a list of details and insight into Apple’s rules. But it’s noteworthy that Jobs is confirming Apple is not planning to enforce the IAP rules against “software as a service” apps, which admittedly have proliferated in the App Store in the past year. Apple will likely update its Review Guidelines soon to clarify its position on apps that require a “premium” login, but in the meantime this Jobs email confirms the thousands of clients that rely on a third-party paid service have nothing to worry about. The Readability rejection leaves some doubts on this whole story, but we wouldn’t be surprised to see the app being approved on a second submission.