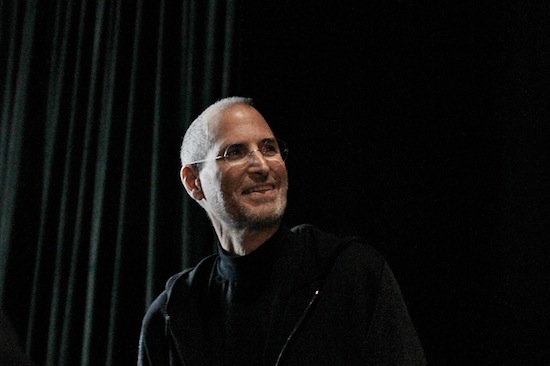 One guy, who changed our world, and I said to Seth Meyers as we walked across Sixth Avenue, ‘Just look with me on this one block walk at how he changed the world around us. Look at how he changed the world.’ Not only did he change the world, but he gave us that spirit again that something was possible that you could look at a piece of plastic or glass and move your finger– that’s outlandish. You could make things bigger or smaller like that. ‘Oh the places you’ll go’ and oh the way you will change forever the music and television industries. So may he rest in peace, Steve Jobs, and the spirit he represents, are my nominee for Person of the Year,” said Williams during his nomination speech.

Steve Jobs would be the first person to receive the award posthumously. Time’s Person of the Year will be revealed next month, and previous winners include Facebook’s Mark Zuckerberg (2010), Barack Obama (2008) and Amazon’s Jeff Bezos (1999). As Wikipedia describes the award, Person of the Year “features and profiles a person, couple, group, idea, place, or machine that for better or for worse, …has done the most to influence the events of the year.”