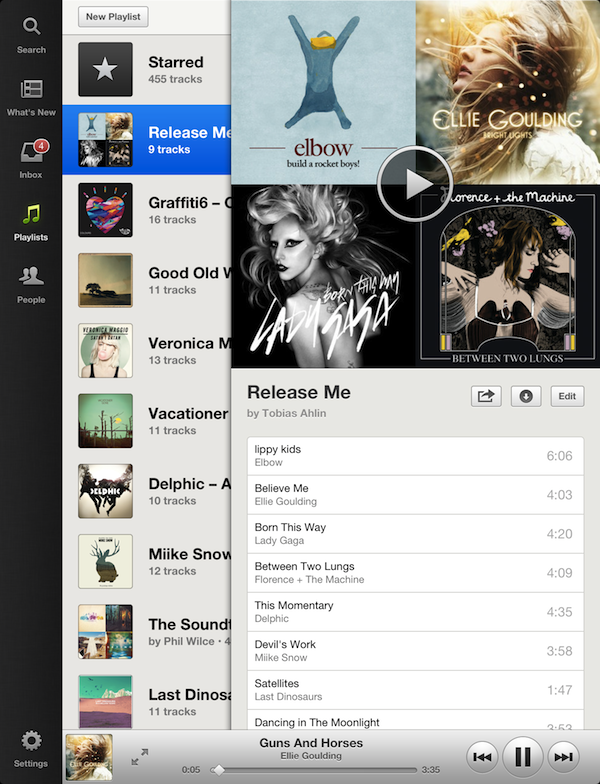 After years of speculations and subtle hints, music streaming service Spotify is today unveiling its official app for the iPad. The Next Web has the first details on the app; you can find Spotify for iPad on the App Store.

Fully optimized for the Retina display and taking advantage of Apple’s AirPlay technology to stream audio to other sources, the official Spotify app has been completely re-imagined to use the device’s larger screen, and give users more space to browse music, access their playlists, and inbox. The app uses a Twitter-like panel navigation to load playlists and artists, with music controls available at the bottom alongside an option to enlarge the album view. Relying on linen and sepia tones reminiscent of apps like Reeder, Spotify for iPad doesn’t simply look like a bigger version of its iPhone version – something the company is even joking about in the promo video. For instance, the larger screen has allowed Spotify to introduce features like instant, unified search for artists, albums, and playlists, or a full-screen cover art view that users can swipe on to change songs.

Spotify for iPad requires a Premium subscription. We will update this post with more information and our first impressions during the day, as the app is propagating now in iTunes. In the meantime, you can find more screenshots and a video after the break.

Update: Here’s our look at Spotify for iPad. 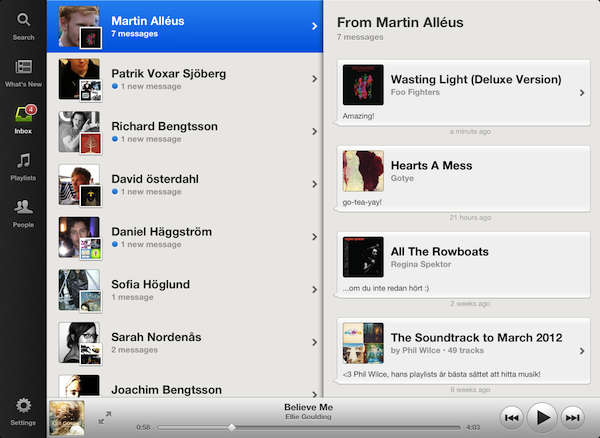 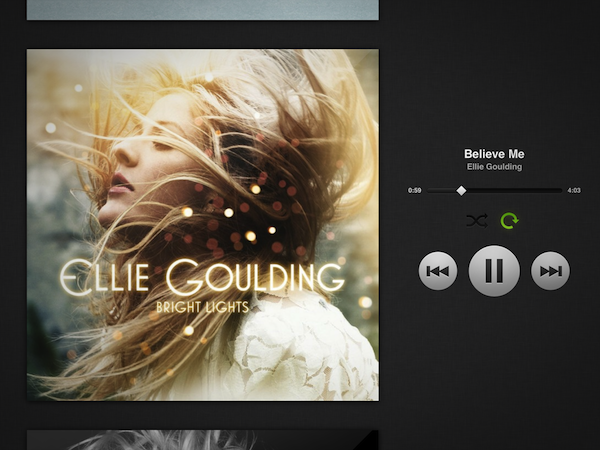 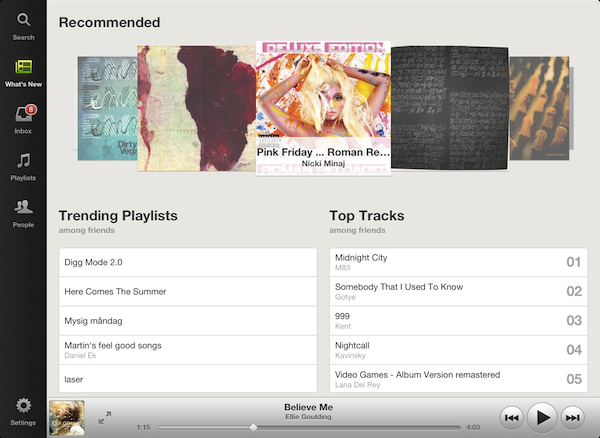 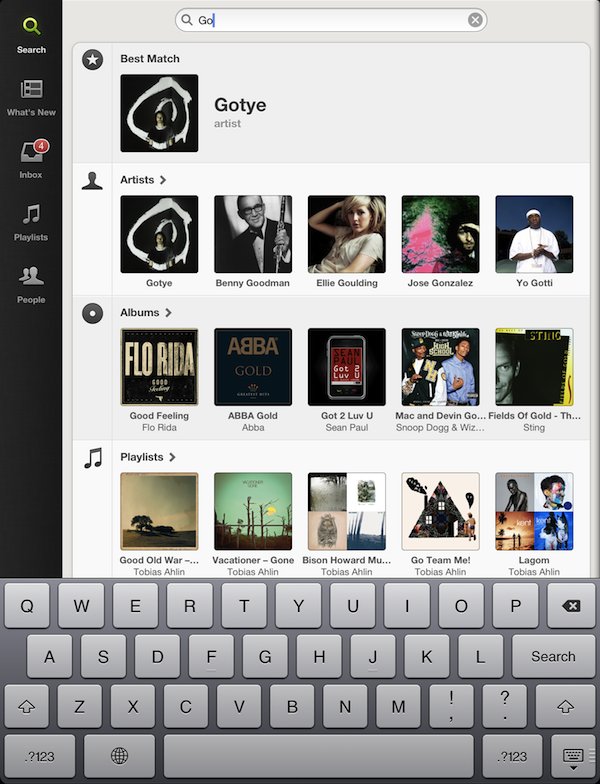