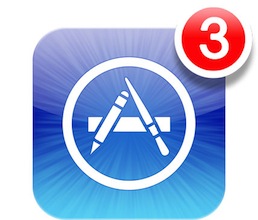 In the last 24 hours or so, a number of apps that have been updated by users have crashed on launch due to a problem presumed to be connected to the App Store’s content distribution network (CDN). A number of popular apps from Instapaper, Readdle Scanner Pro, Angry Birds Space HD Free and CommBank Kaching amongst others have been just some of the affected apps. The issue, not affecting every customer, occurs when a user updates their apps and goes to launch them but instead the app crashes before it can load.

Instapaper was one of the first to be affected by the issue with an update that went live late on July 3rd. Developer Marco Arment was instantly “deluged” by support requests complaining of instant crashes with the latest version. After a bit of digging and looking at his support requests, Marco believes it comes about due to a corrupt version of the updated app being distributed by the App Store CDN in some regions. For Instapaper the issue was resolved (a non-corrupt version propagated to all regions) within two hours but it isn’t known if it was due to Marco’s emails to the App Review team or just an issue resolved with time.

If you’re a developer, and you have a non-critical update pending release, I suggest waiting a few days for this to presumably get sorted out before releasing it. [Marco Arment]

It may be wise to hold off from updating any apps for the time being as well, with the issue affecting people across all regions and all different apps. If you’ve already been affected by the issue, the only real way to fix it is to delete the app and try re-installing the app - but this will only work if the app is no longer corrupted on Apple’s side.

[Sources: Marco.org and The Next Web]