It’s happening again. Remember when Apple used to approve an application into the App Store, leave it for some time there, then remove it without apparent reason? That’s what happened  to Desktop, a new application for the iPad which was previously approved and running into the iPad App Store. 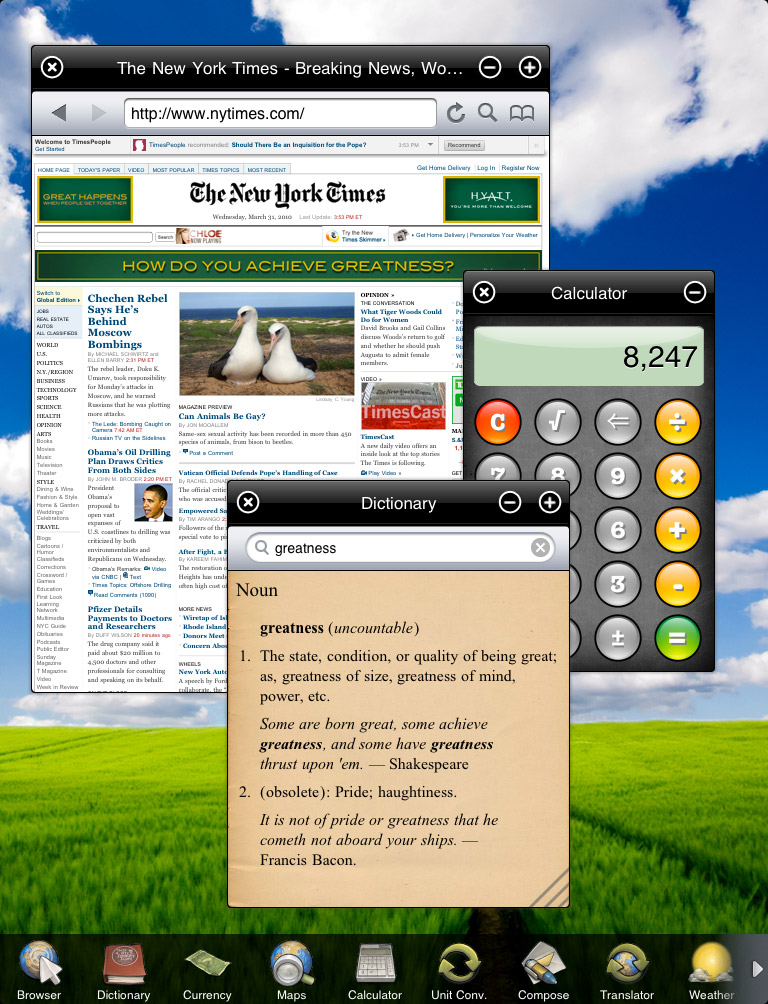 What’s interesting is that Desktop is an application that mimics the functions of Mac OS’ Dashboard, bringing tiny windows and fake widgets on the iPad screen to simulate the “multitasking effect”. We’ve also heard that Apple might have removed multiple dashboard-like apps, but we’re still waiting for the mails from the developers to confirm so.

Could this be the beginning of another “Apple insanely remove apps” era? We’ll se. By now, be sure to not develop a Dashboard-like app.