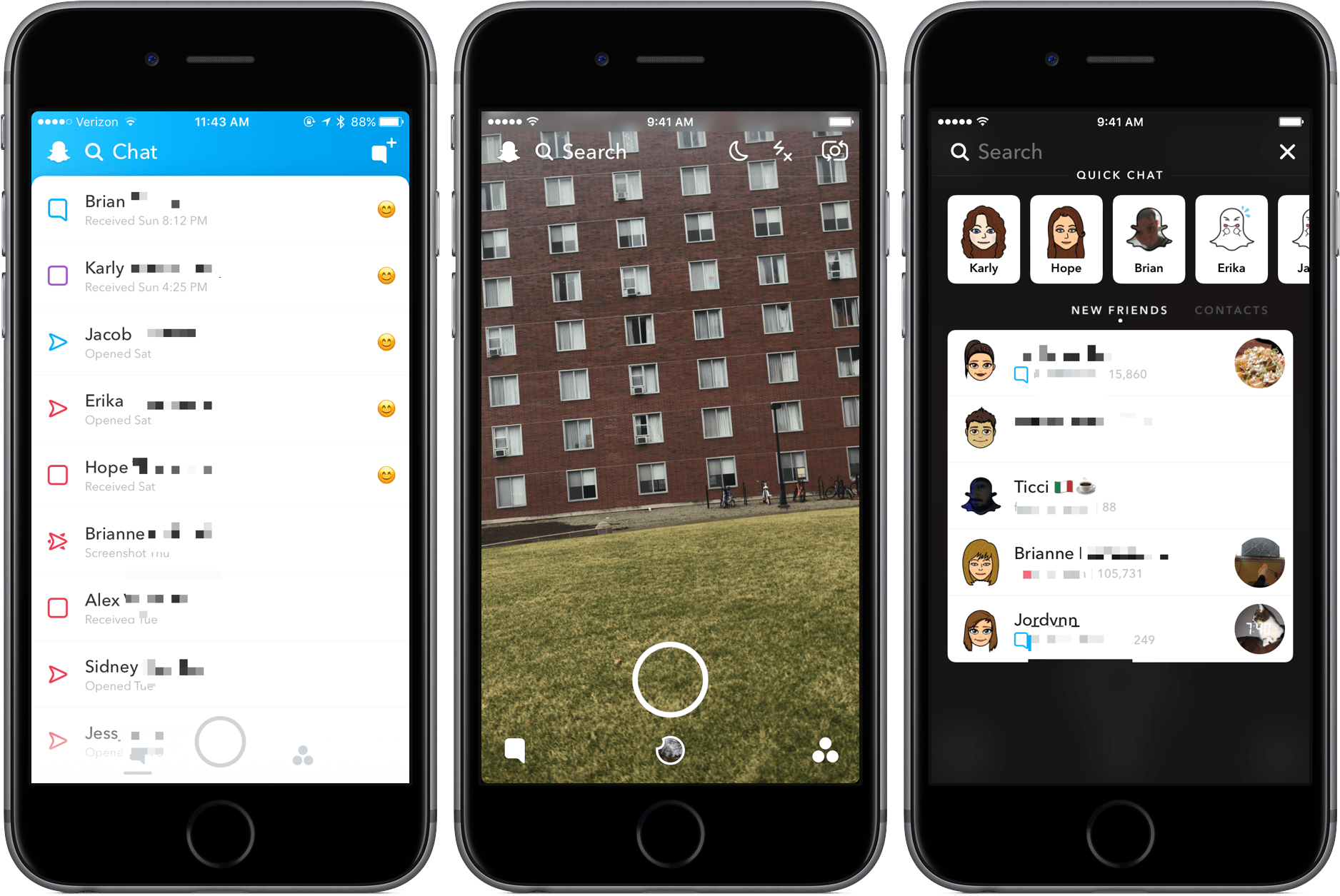 Frequent Snapchat users will immediately notice the new universal search menu at the top of each view, which provides quick access to existing contacts as well as a way to find other users. By adding a mix of Bitmoji and ghosts to the contacts section, Snapchat has added a design language that it previously lacked.

For chatting or adding new friends, the search feature is a great convenience. However, if you spend most of your time taking pictures and sending them to the same group of friends, the new search capabilities won’t get much use.

Snapchat has refreshed the design of its other sections with title cards with headlines too. The changes are small, but they clean up the app’s interface and provide a greater sense of where you are in the app. In addition to labelling each of the three sections, the title bars include shortcuts to search and your snapcode. Snapchat also has new animations that makes the app feel more unified.

In total, I think that the update is a win for Snapchat’s navigation, which has been a point of criticism in its previous iterations. Although there’s much more work to be done, it’s good to see Snap putting in work to make the app easier to use.

Version 10.0.0 is a free update for Snapchat in the App Store.