iOS 10 introduced seven domains that third-party developers can use to hook into Siri. One of those domains lets VoIP providers like Skype use Siri. Apple also debuted CallKit with iOS 10, which lets VoIP providers tie into the Lock screen of the iPhone in the same way the built-in Phone app does.

Today, Microsoft updated Skype for iPad (and presumably an iPhone update, which is a separate app, will be coming soon) to take advantage of both new iOS 10 APIs. Now you make Skype calls with a variety of spoken commands via Siri like ‘Call Federico with Skype’ or ‘Make a Skype call to Federico.’ The first time you try it, you will be prompted to go to Settings to turn on Siri integration, which is off by default. 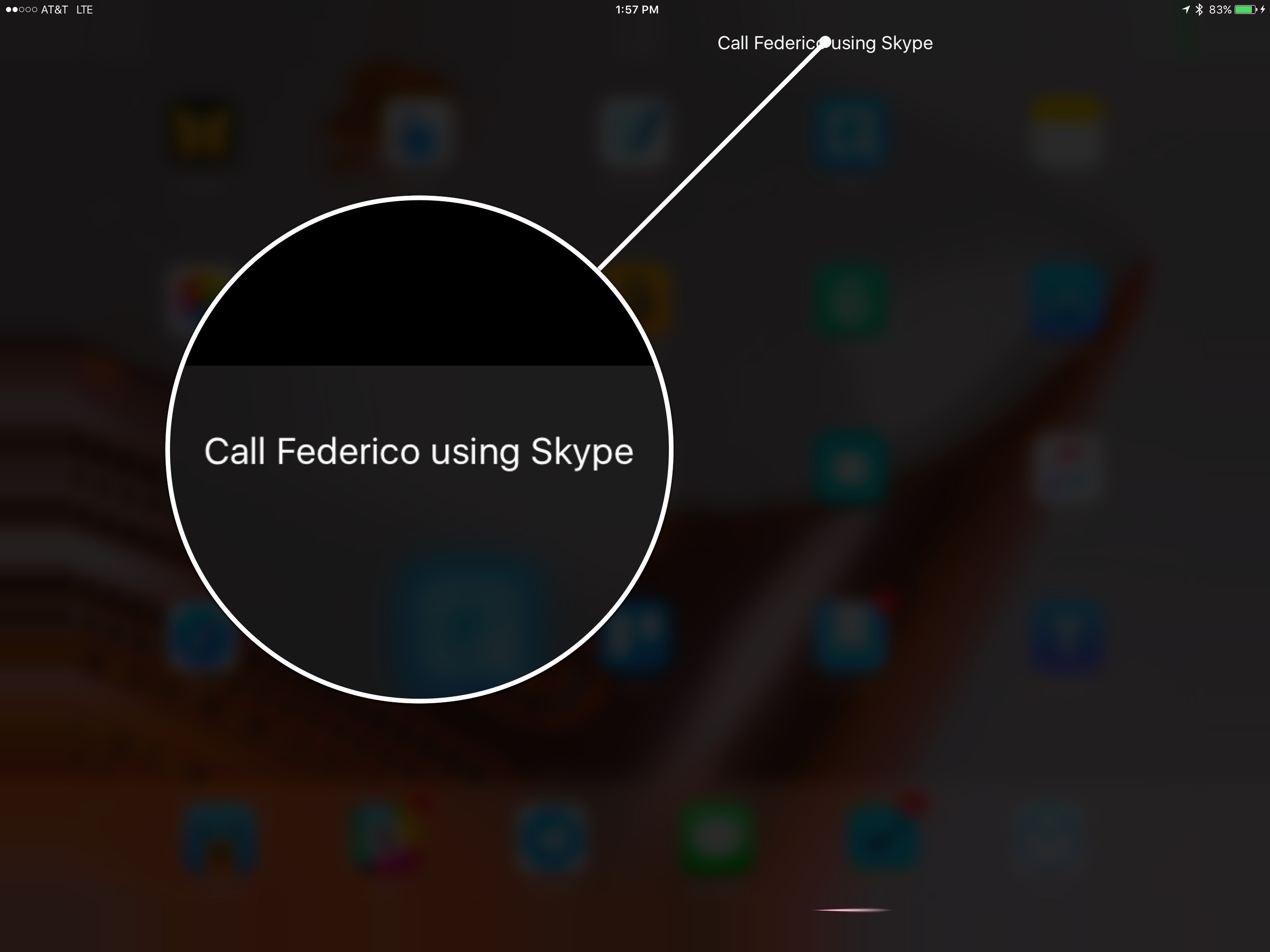 Skype’s access to the Lock screen means that calls you receive will show up on, and can be answered from, the Lock screen and the full-screen interface that appears everywhere else in the iOS UI when a call comes in, just like a standard phone call. Previously, all Skype could do was send a notification that a call recipient could tap to answer. Now when a call comes in, the only difference from a standard phone call interface is that the alert on the Lock screen indicates under the caller’s name that the call is using Skype. 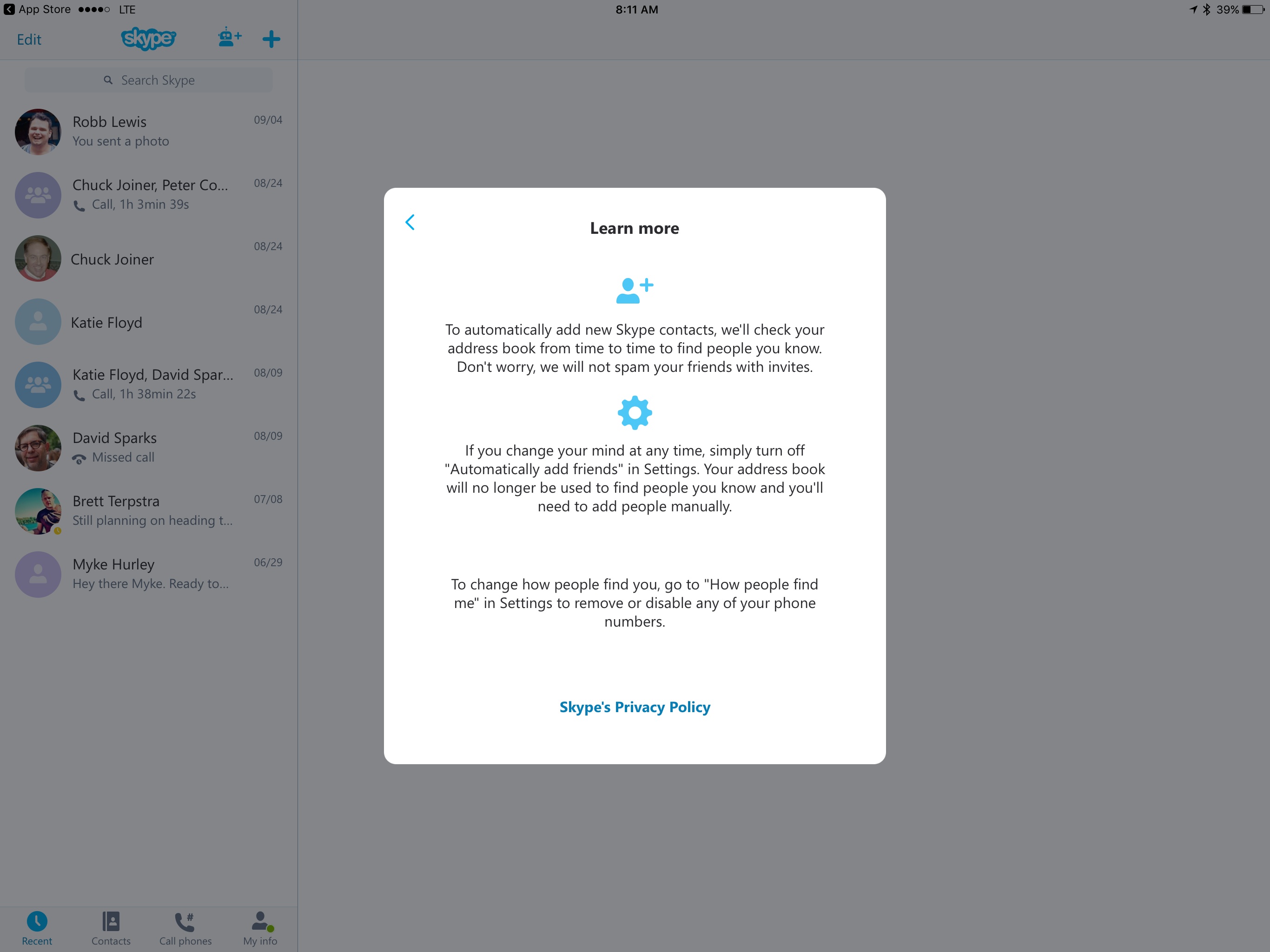 The Skype update also works closely with the Apple’s Contacts app. If you grant permission to Skype to use your contacts, you can tap and hold the call icon on a contact card to get a popup that will include the option to initiate a call via Skype. Skype will also take any Skype contact data that it finds in the Contacts app and add it to its own contact list.