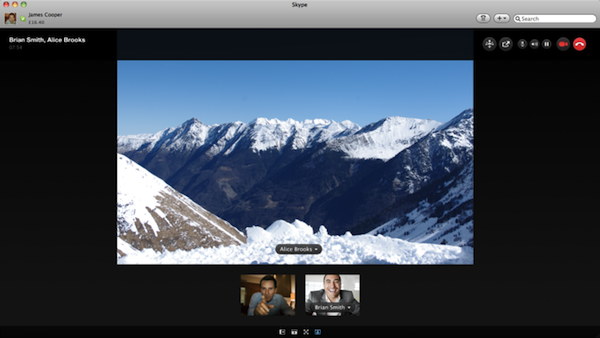 Just a little while ago, Skype 5.2 for Mac was made available and makes further improvements upon version 5.1, which had tried to appease complaints from the version 5 Skype relaunch that saw significant backlash from users. With this new version, group video calls are now out of beta and available for the general public and users can share their screens or documents in a group call. Unfortunately, group video calling, screen sharing as well as document sharing all require a Skype Premium subscription, which costs between $4.49 and $8.99 per month.

While screen sharing is already available for free on a one-to-one Skype call, group screen sharing makes communication and collaboration on group calls even richer by enabling people to view presentations, photos and documents on a participant’s screen, perfect for presenting a document to colleagues knowing they can’t skip slides in advance or for sharing holiday photos with friends and family. 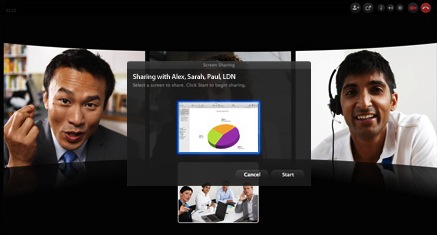 There are also some UI modifications, for example in the sidebar there is now a ‘Recents’ region, which displays a list of the most active conversations, a history section also shows less active users. The call control bar now also features a video feed so that when you are multi-tasking during a video call you can still see the person as well as mute or hang up directly from that bar. 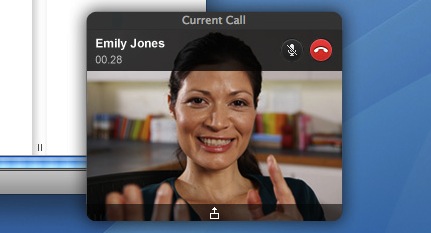 Meanwhile, there hasn’t been any movement on the release of the Skype iPad app, which had been expected to launch last week. However, Skype will apparently be making its way into some kind of Facebook video chat service which is rumoured to launch this week.

You can download Skype 5.2 for Mac OS X here.