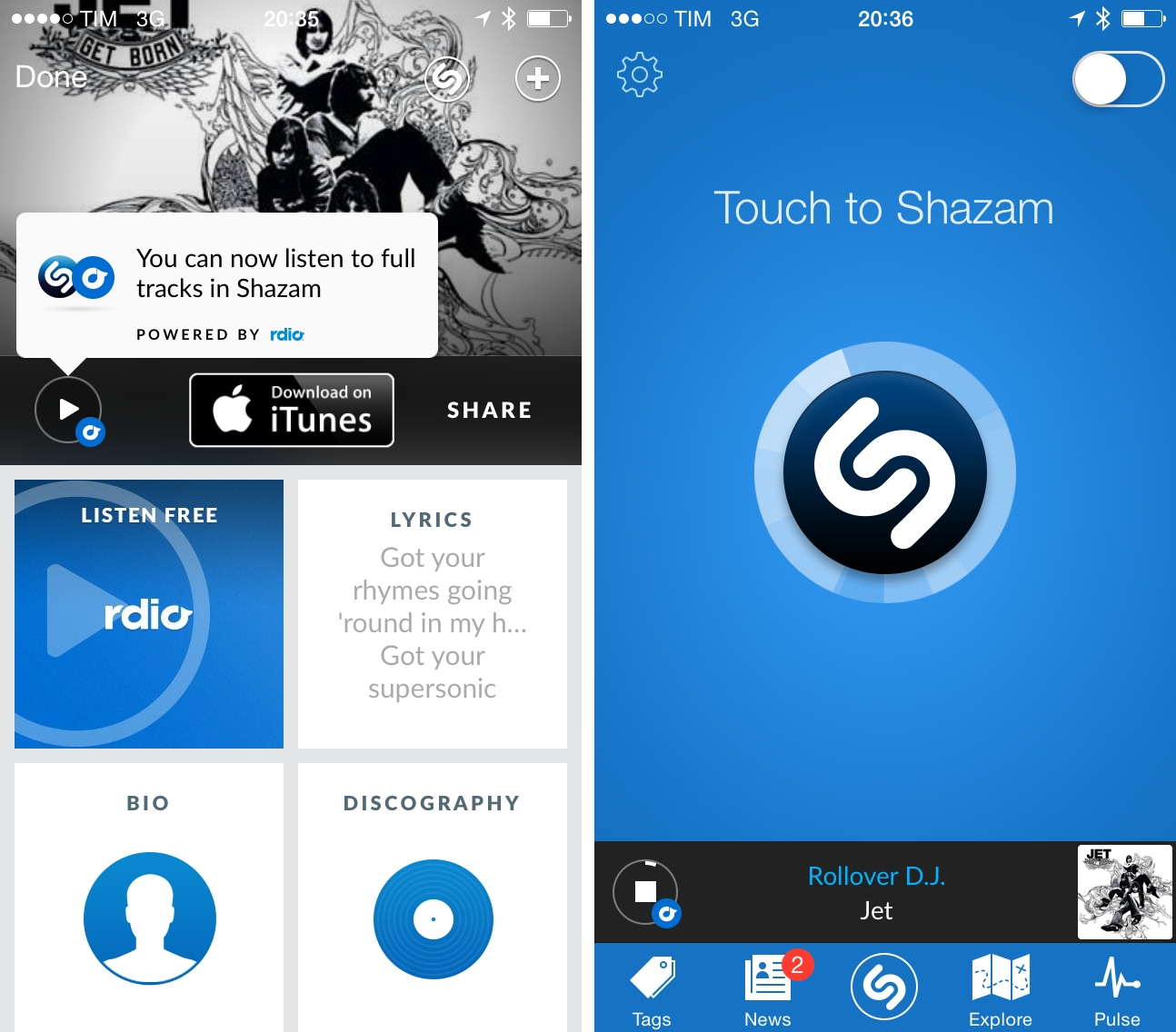 Version 7.7 of Shazam, available for both the free Shazam app and Shazam Encore, allows tagged songs to be played back in their entirety inside the app, using Rdio as a source for streaming.

By connecting a Rdio account in Shazam’s settings, you’ll be able to tap a new play button next to a recognized song and start streaming without leaving the app. The feature applies to both new tags and existing songs in the Tags view of Shazam, and it comes with an additional menu to save a song to a Rdio playlist. 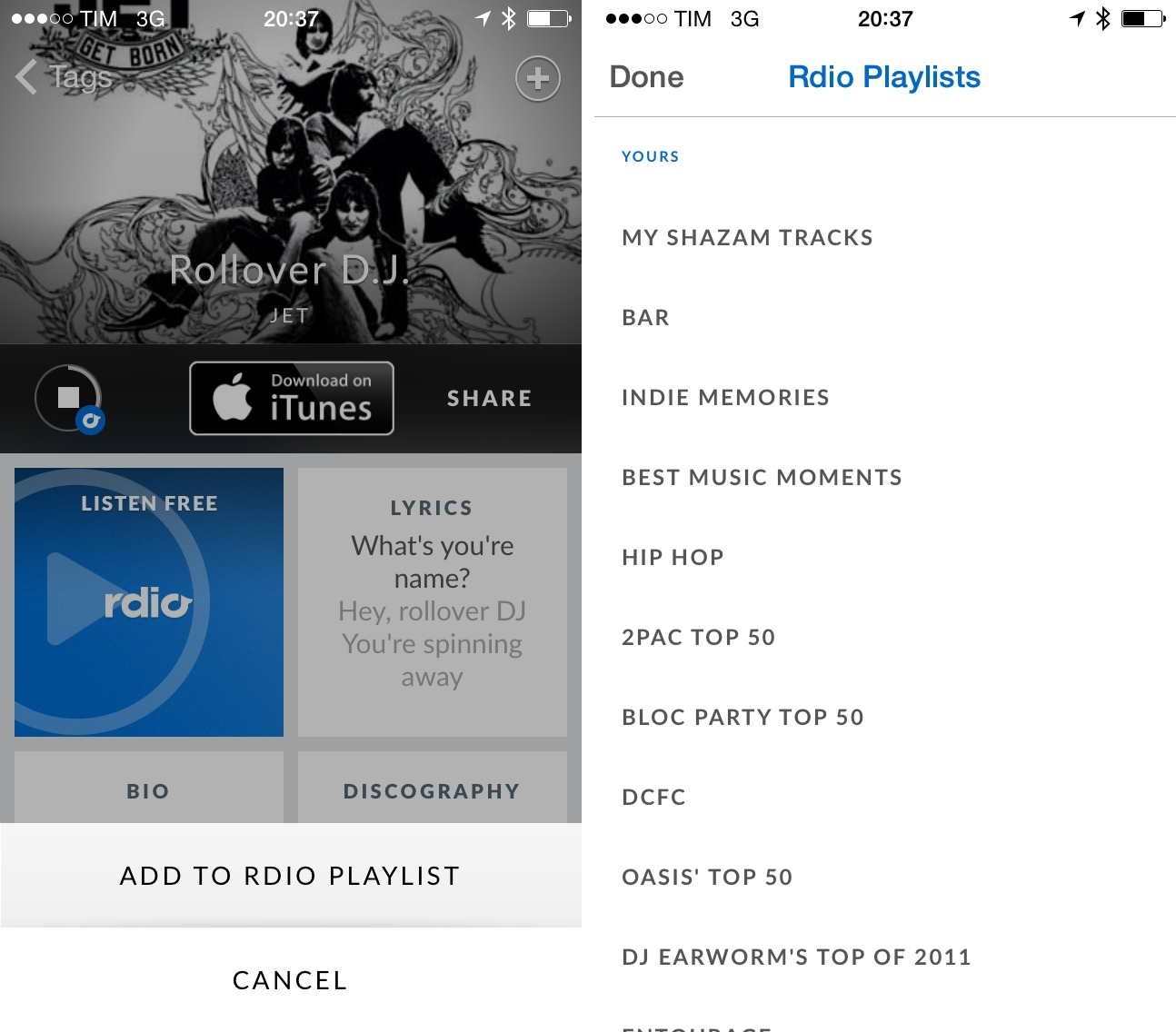 On Rdio, songs played through Shazam will show up in the History section, allowing you to replay previously tagged songs at any time. Rdio support isn’t the first third-party integration to appear in Shazam, which has long enabled users to quickly purchase tagged songs from the iTunes Store.

This Fall, Shazam will power a new music recognition of Apple’s voice assistant, Siri, in iOS 8. While it’s unlikely that Siri will also integrate with Rdio-powered Shazam playback given Apple’s acquisition of Beats Music, the dedicated Shazam app should continue to be supported and offer more specific sharing and playback features for users.

Shazam 7.7 is available on the App Store.