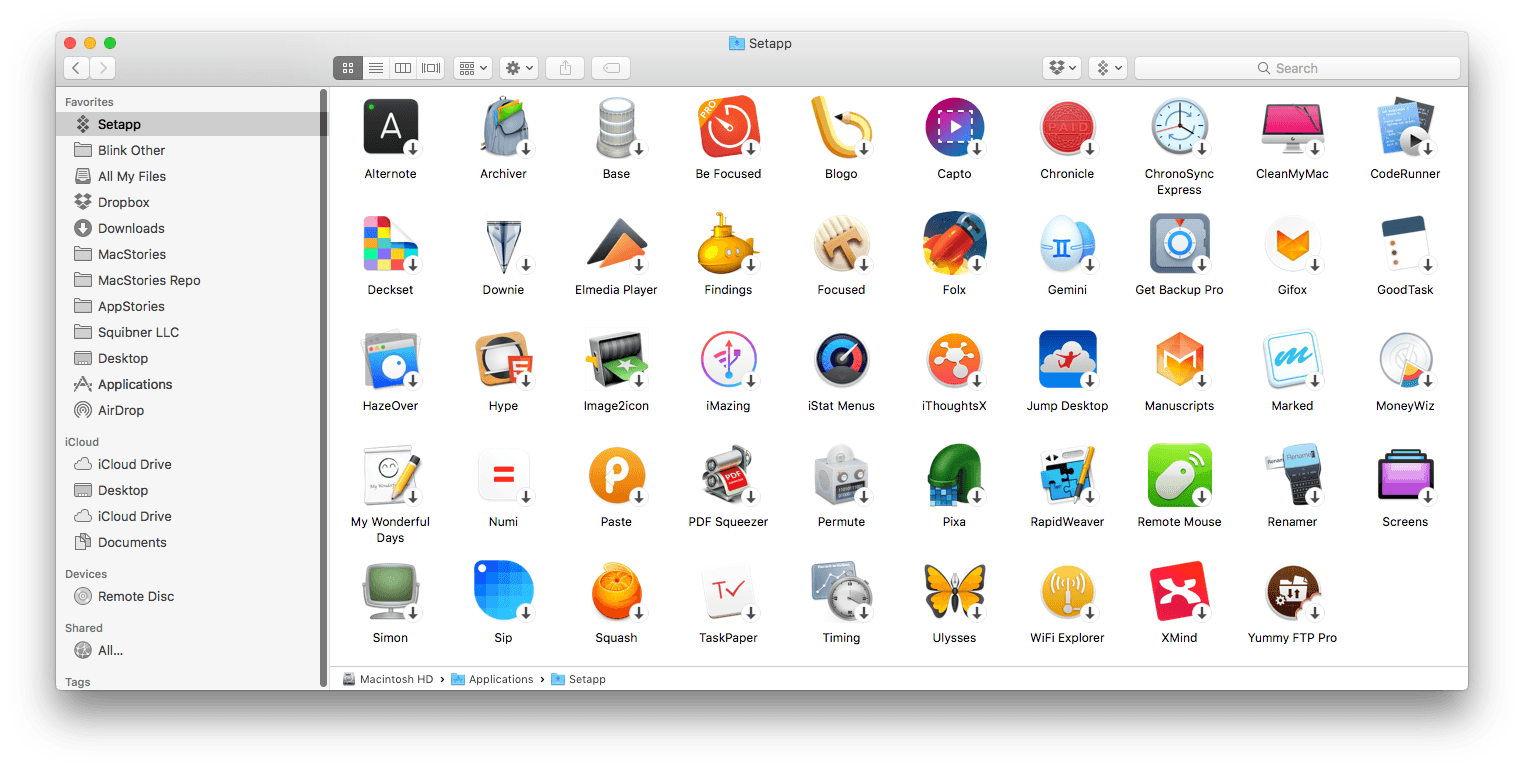 MacPaw, makers of popular Mac utilities CleanMyMac, Gemini II, and other apps, wants to become the Netflix of the Mac app world. MacPaw’s new subscription service called Setapp, which entered public beta today, gives users access to a wide variety of macOS productivity apps for $9.99 per month. Developers who participate in Setapp are paid based on a formula that accounts for the price of the app outside the service and the number users after MacPaw takes a 30% cut.

I’ve spent time with a preview version of Setapp, and it couldn’t be easier for users to set up. After signing up and installing Setapp, it appears as a folder in Finder with icons for each of the apps that are part of the service, but the apps aren’t installed until you are ready to use them. When you’re ready, double-clicking an app’s icon opens a preview with an app description and screenshots so you can take a closer look at what the app does before installing it. 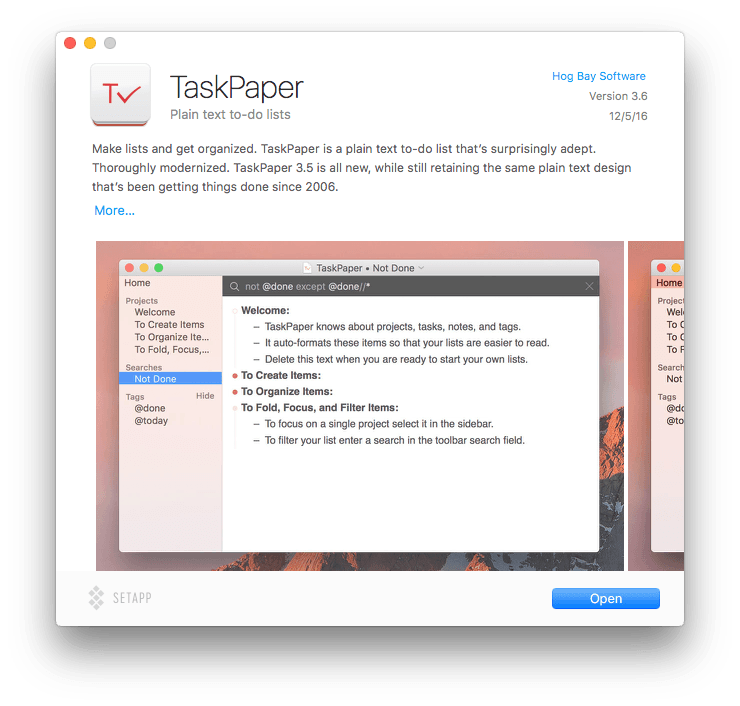 Double clicking an app in Setapp opens a summary of the app so you can check it out before installation.

For developers, Setapp is an opportunity to stand out in a much smaller store than the Mac App Store, albeit one with competition from very well-known, quality apps like Ulysses, iThoughtsX, iStats Menu, Marked, TaskPaper, and MacPaw’s own apps, CleanMyMac and Gemini II, to name a few of the nearly 50 available as of the beta launch. By teaming up, the service should also help developers avoid subscription fatigue among customers who can pay one monthly fee for the apps they want instead of a number of small fees to several developers.

Setapp is an interesting option for consumers and, based on the lineup of apps already in place, appears to be an attractive one for developers too. We will continue to use Setapp during the beta period and take a closer look at the service when the final version launches.

Note: We will be giving away immediate access to the Setapp beta to 50 Club MacStories members in this week’s issue of MacStories Weekly, which will bypass the usual period between signing up for the beta and receiving access to the app.