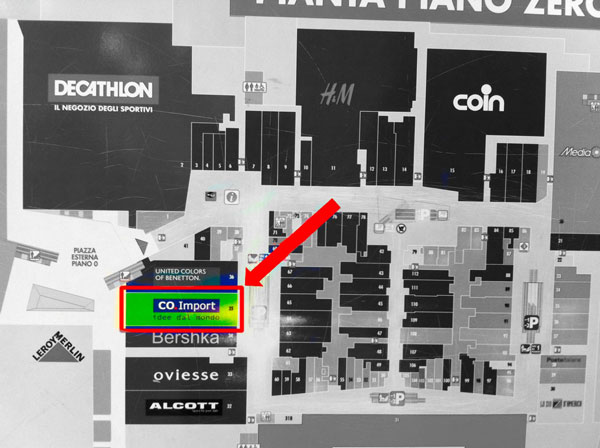 According to iSpazio [Google Translation], Apple will open its second retail store in Rome, Italy, on Saturday, April 21. Currently, Apple only has one retail store in Rome. The new one, located at the Porta di Roma shopping mall, should open on the same day Rome celebrates its birthday, commemorating the city’s founding in 753 BC. iSpazio managed to take some exclusive shots of the progress being made with the store’s construction, supposedly showing the usual layout of retail stores located inside Italian malls. iSpazio says the opening date has been confirmed by an “inside source”.

Italian website Macity reported back in January that Apple had started working on the new store, sharing photos of the old Co.Import location under construction. Opening in between Benetton and Bershka retail stores (Benetton is an Italian fashion firm, Bershka is a retailer part of the Spanish Inditex group), the Apple Store will be located on the same floor of heavily trafficked H&M and Media World. The Porta di Roma shopping mall, easily reachable by bus or by car from the GRA, has long been rumored to be a favorite location for Apple to open a retail store, albeit speculation has also suggested the company would like to have a third retail store in downtown Rome.

Recently, Apple has also been rumored to be considering making its new retail store in Turin its “most important” Italian one. Apple was also on the verge of launching a new flagship store in Milan, but the company didn’t manage to get permissions from the city. Currently, Apple has 9 retail stores in Italy.