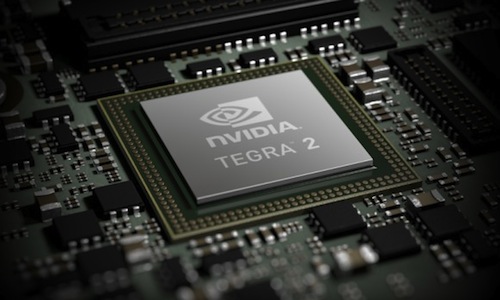 They suggest that the transition will take place once ARM has matured onto full 64-bit chips which is expected by mid-2013; likely using something akin to NVidia’s upcoming Denver chips. Furthermore they note:

At that point, Apple can move to ARM without worrying about obsoleting code with an [instruction set architecture] that is on the verge of changing, and no memory overhead worries either. Basically, it looks like the perfect time. Ironically, SemiAccurate’s moles tell us that the boys on infinite loop are planning to move laptops to ARM at about that time. Coincidence? Nope.

Apple isn’t a stranger to the ARM architecture; it has a heavy investment in it with its iOS platform of devices, strengthened recently by its acquisition of ARM designers P.A. Semi and Intrinsity. Whilst ARM has been known for their low power processors, in recent times there have been strong signs that ARM will move into high-performance computing as well – a suggestion strengthened by the announcement of 64-bit chips and NVidia’s “Project Denver”.

Despite the promise of ARM’s power, it still is, like yesterday’s 3D iPad rumor, a rumor that is at this point fairly far-fetched. Apple’s transition from PowerPC to Intel came with some serious amount of engineering and whilst that paid off, it also created compatibility issues. Similarly, if Apple made the transition to ARM processors they would not be able to run existing OS X applications without an emulation layer and it wouldn’t just be Apple that would have to do a lot of work to get everything working, developers too would feel the pain.

As MacRumors points out, SemiAccurate is not a frequent of source of Apple rumors, although the site does point out that they were correct in predicting Apple’s move away from NVidia GPUs in their computers. Meanwhile, earlier this year, at CES, Microsoft demoed an early build of Windows 8 running on ARM processors which does suggest that perhaps Apple and Microsoft have seen the potential in ARM and are willing to go through the hard yards and re-engineer their Operating Systems to run on the ARM architecture.