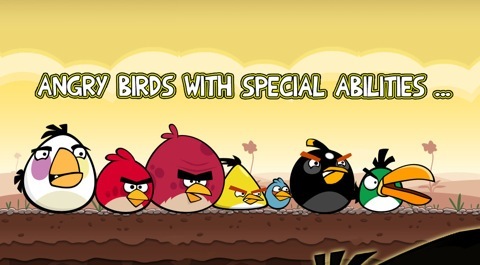 When people spend 200 million minutes playing your game every day, you’d start thinking you’ve done some good to the world of mobile games. Rovio, makers of Angry Birds, have been nominated for three different Develop awards, as noted by TUAW, which include Best Use of a License or IP, Best Indie Studio, and Best Handheld Studio. The Develop awards focus on the best names in the video game and software interaction industry, and Rovio’s inclusion in the nominations doesn’t surprise at all: the last 12 months have been insane for the Finnish company, which saw its game become the most popular in the App Store worldwide and collaborated with Hollywood studios for a spin-off of the series based on animated film Rio.

The Develop Industry Excellence Awards will take place on Wednesday, July 20th, 2011 at the Hilton Brighton Metropole Hotel, UK. The awards and categories include sections like Technical Innovation and Audio Accomplishment, as well as Business Development and Publishing Hero. We’re pretty sure Rovio will manage to bring home some awards this summer – which will also see the release of new Angry Birds games including, perhaps, a real sequel to the original iPhone game.