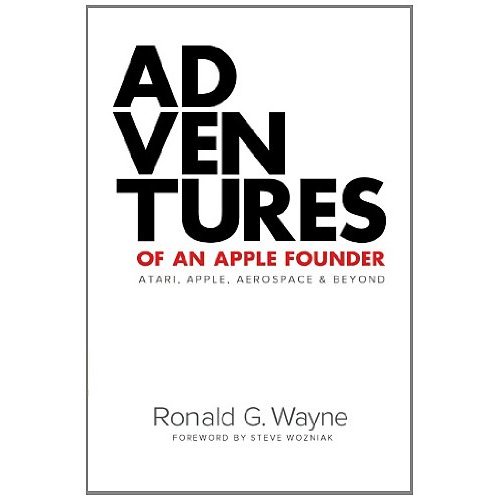 In the history of Apple, Inc. the role of the company’s third co-founder, Ronald Wayne, is often overshadowed by the genius of Steve Jobs and Steve Wozniak, who built the very first Apple I personal computer and unveiled it at the Homebrew Computer Club. Ronald Wayne was the “adult supervisor” in the early days of Apple, the middle-man between Jobs and Wozniak whom they could trust in case of any disagreement. Wayne contributed to the first Apple logo, and drafted the initial partnership agreement to establish the company. He was given a 10% stake in Apple which, however, he sold for $800 after a few weeks. He later received an additional $1500 for giving up on any claim of ownership in Apple, thus bringing his original 10% to $2300 worth of “profit”, whereas if he stayed on Apple until today his 10% would be worth $35 billion.

Today’s Ronald Wayne says he doesn’t regret his decision, made “with the best information available at the time”. This, and another anecdotes from Wayne’s past and subsequent ventures are detailed in Adventures of an Apple Founder, an autobiography available for $9.99 on the iBookstore, as well as Amazon in paperback format. From the iTunes description:

In the spring of 1976 while working as chief draftsman and product development engineer at the video game maker Atari, Ron assisted a co-worker with the subtle intricacies of forming a small business.It was with Ron’s natural sensibilities, experiences, and skills honed over a lifelong career in many disciplines that he offered himself openly as a resource to two much-younger entrepreneurs: Steve Jobs & Steve Wozniak. These same traits would drive Ron’s decision to leave a short time later.

Adventures of an Apple Founder offers insight into the experiences that define the man whose passion for engineering and design spans over three quarters of a century, half a dozen industries, and a lifetime of adventures!

Wayne recently appeared in an interview alongside Steve Wozniak following Steve Jobs’ resignation as Apple CEO. As a side note, Steve Jobs’ official biography by Walter Isaacson recently got a classic cover and it will be released in November 2011, including details on the resignation. [via setteB.IT]