With its upcoming “Playbook”, RIM aims at redefining the rules of tablet devices and ship a tablet that’s both fun and focused on “serious” productivity tasks for businesses.

Many things had happened before RIM finally realized it was about time to take a second look at the mobile in Enterprise, and Apple has taken off. 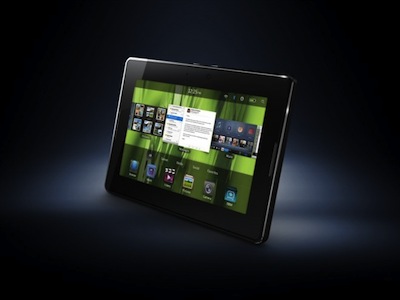 Analyst Michael Walkley of Canacord Genuity told the National Post that he agrees with Jobs’ views of Apple having passed RIM and not seeing it catching up with Apple’s product line in the foreseeable future. And admittedly, with the stories we’ve heard recently it seems like Apple has really caught up on RIM’s position in enterprise.

Although RIM is attempting to make gains in this area as highlighted by the recent acquisition of California-based Cellmania, we believe the gap between RIM and the two leading competitors (Apple and Google) in the consumer market is increasing every quarter,” Sameet Kanade, a financial analyst with Northern Securities, was quoted as saying.

Kanade also agreed with Apple’s assertion that 80 percent of Forbes 500 companies have now started adopting iPhone 4 for their executives at the expense of the secure BlackBerry smart phones. “We believe the potential adoption of the iPhone by key RIM enterprise users may have a domino effect, creating further market disruption for RIM,” he said.

Like the wise men say, only time will tell. Or an iPad 2 with killer business features.