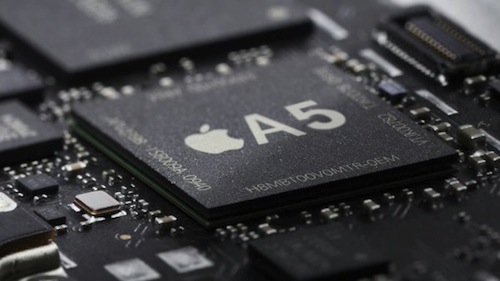 Last month a flurry of reports suggested that Apple might release a new model of the iPad that would be targeted at ‘Pro’ users and featuring a Retina display - many dubbed it the iPad HD. That suggestion (or at least the schedule) seems less reliable today with Taiwan Economic News citing sources within the chipmaking industry that claim the A6 processor won’t be available until at least the second quarter of next year with trials of the A6 only just beginning in earnest now.

Taiwan Semiconductor Manufacturing Co., Ltd. (TSMC), the world’s largest semiconductor foundry by market shares now, has allegedly started trial production of the A6 processor in cooperation with Apple Inc., with the production design to be taped out in the first quarter of next year and scheduled to be publicly unveiled in the second quarter at the earliest, according to industry sources

As previous reports have noted, Taiwan Semiconductor Manufacturing (TSMC) is producing the A6 chip, which would be the central component of the iPad ‘Pro’. The chip is said to be extremely-low powered whilst far exceeding the processing capabilities of the A4 and A5 chips because of a new 28-nanometer process and 3D stacking technologies. Darrell Etherington of GigaOm explains that this differs from the previous layered designs because “the 3D stacking tech will allow layers to be integrated vertically and horizontally into one single circuit”.