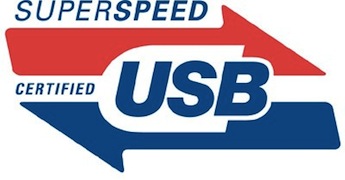 According to VR-Zone Apple has been investigating third party USB 3.0 host controller chips and may be considering to add support for the latest USB standard in upcoming Macs. Many had presumed that with Thunderbolt Apple may not opt to support USB 3.0, but given that USB 3.0 chips have negligible cost (below $3) it may be seen that Apple embraces the standard as a complement to their Thunderbolt ports.

Intel has yet to add support for USB 3.0 on their chipsets and support is not expected until next Spring, which may explain why Apple is reportedly talking to other manufacturers. Compared to USB 3.0, Thunderbolt controllers are much more expensive at $10 to $15 per chip with corresponding chips on the device also required. This cost associated with Thunderbolt is an inherent limitation in the technology that could be compensated by supporting USB 3.0. As Electronista explains “USB 3.0 would, as a result, still be useful as a catch-all for faster devices that don’t need Thunderbolt in addition to the USB 2.0 devices it would inherently recognize.”

Apple may be aware of Thunderbolt’s current obstacles, the sources added. Apple is supposedly talking directly with some of its hardware partners, most likely early Thunderbolt supporters, to have them develop external drives more suited to the home or to small companies. [Electronista]