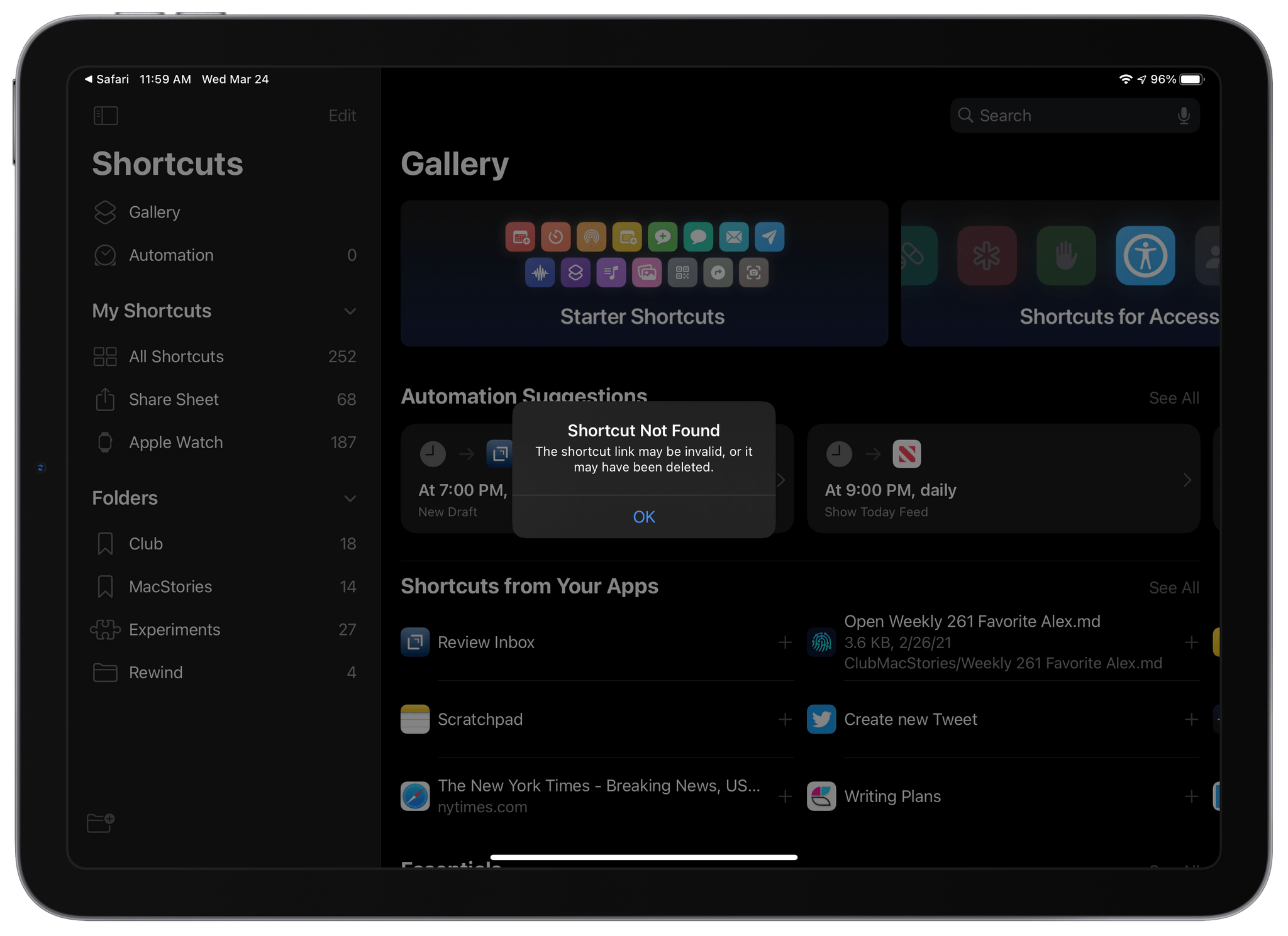 iCloud links to shortcuts broke sometime in the past 24 hours. Instead of opening the Shortcuts app and allowing users to install a shared shortcut, tapping a shortcut link displays an alert with the message ‘Shortcut Not Found,’ explaining that the link may be invalid or the shortcut may have been deleted. Based on our internal testing, the issue appears to affect all shortcut links created before yesterday.

It seems shortcuts’ links dating as far as last week have all been invalidated. Tested on iOS 14.4, 14.5b4 and 14.5b5. Links created today seem to work, though.@mattcassinelli @mralexhay @viticci, have you noticed that? Do any of you know any faster way to export 160 shortcuts?

The problem with shortcut links first surfaced in the Shortcuts subreddit late yesterday and early today on Twitter. Yesterday also saw the release of OS betas by Apple, but there is currently no evidence that the two events are linked. It’s also unknown whether the change was intentional or not. However, given that URLs can still be created and shared for new shortcuts, it seems more likely that the issue is related to a bug. We have contacted Apple seeking clarification about the situation but haven’t received a statement from the company.

Beyond the 229 shortcuts in the Archive, dozens of blog posts from our Shortcuts coverage have broken links.

Like I said, I hope this is a bug and a fix is coming. pic.twitter.com/1twX70F93Z

Unfortunately, as this story is published, we don’t yet know if or when shortcuts links will begin working again. We will update this post as new information surfaces.

Update: Late yesterday, we received the following statement from Apple about the problem with previously-shared shortcuts links:

This is great news for shortcuts users. We don’t know yet when previously-shared shortcuts will be available, but we’ll let you know as soon as they are, so keep an eye on MacStories for further updates.