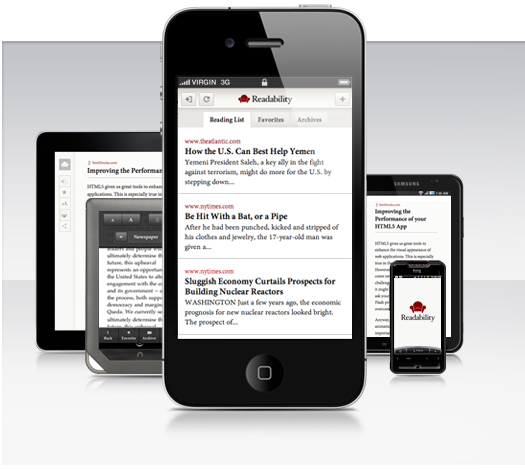 Web service Readability announced a few minutes ago that, with an iOS native application still waiting for Apple’s second review, they are rolling out today a full-featured, mobile optimized web version of their reading tool. To use the new Readability on your cellphone or tablet, just head over Readability.com with your browser and save the website to your homescreen. Readability’s new mobile app is indeed an HTML5-based application that runs on iOS, Android handsets & tablets and a plethora of other devices available in the market.

Underneath the hood is…the web. Readability for mobile is a web application specially fitted for mobile and tablet devices. It’s a great example of what can be achieved by building apps on the latest web technology.

A final thought regarding our iOS submission: our overarching goal is to deliver the best possible experience to users of Readability. We re-submitted the Readability app to Apple along with an appeal approximately two weeks ago. We haven’t heard back yet.

Readability made the rounds of the Internet a few weeks ago when they announced a completely revamped service (based on a revenue split model with publishers of content consumed through Readability) and went public with an open letter to Apple about the rejection of their official iOS client for iPhone and iPad, heavily based on Marco Arment’s Instapaper (Arment is also an advisor to the company). According to Readability, Apple rejected the app because of the lack of implementation of app subscriptions – the ones where Apple takes a 30% fee off every subscription processed inside an iOS application. The company didn’t understand the rejection as, in their own vision, Readability isn’t a publishing app but a web service that aggregates articles produced by others on the Internet.

Readability’s move to HTML5 is interesting because they’re proving they can have a reading platform that works on a variety of OSes without being forced to go through Apple’s approval process and subscription policies. They’re relying on the power of modern open web technologies to deploy a beautiful application that works anywhere, anytime thanks to offline reading support. An app that also lets you quickly paste URLs to read articles in an uncluttered, elegant view meant for mobile devices. The Readability webapp also senses your device’s orientation and changes the on-screen graphics accordingly for an optimized reading experience. We can’t wait to try it out tonight.

As the team stresses on the company’s blog, this app was put together in two weeks. While it’s still unclear whether the native iOS client will go through the App Store’s gate or not, cheers to Readability for delivering what the service’s users were waiting for. 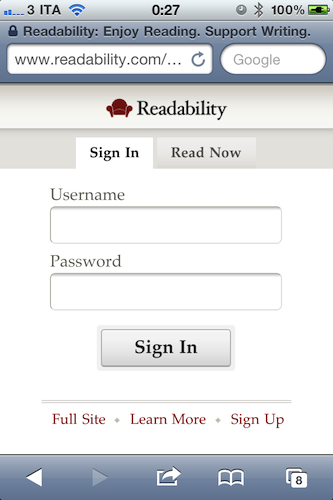 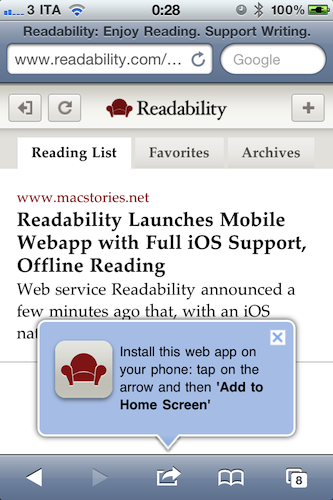 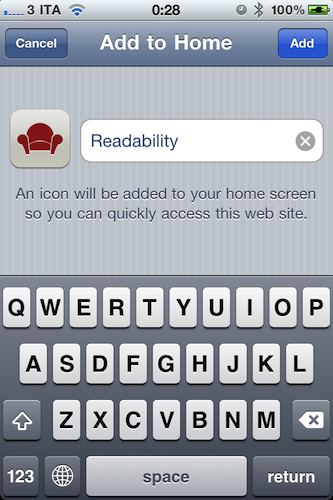 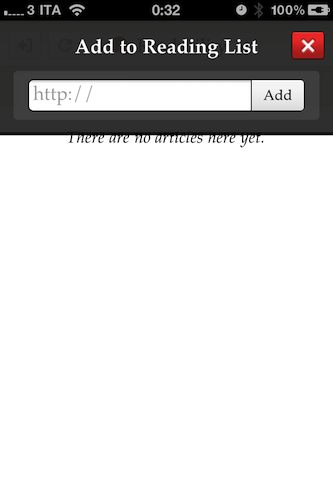 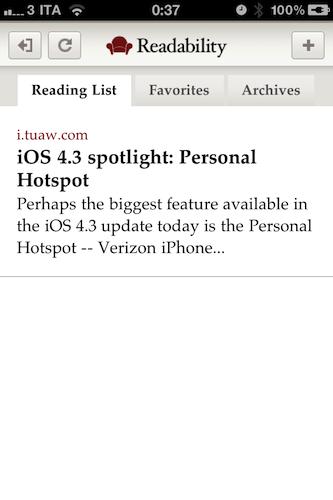 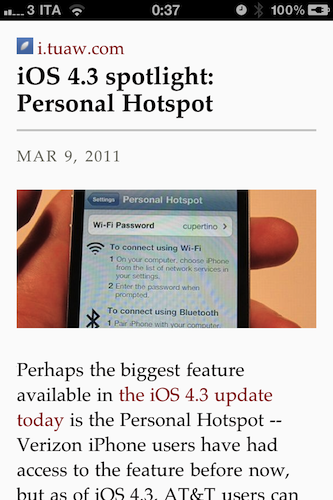 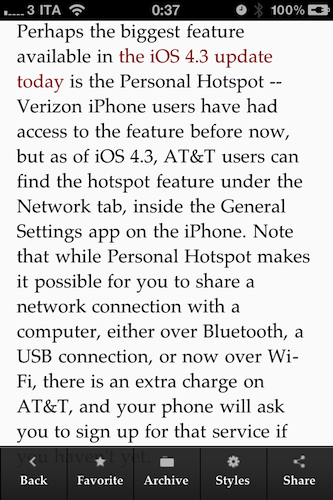 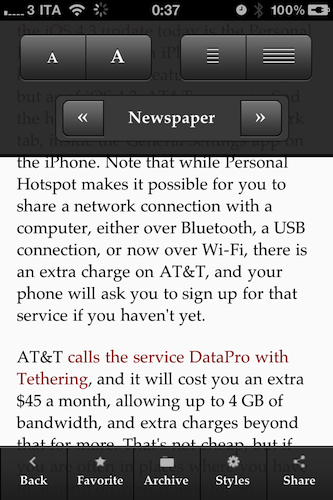 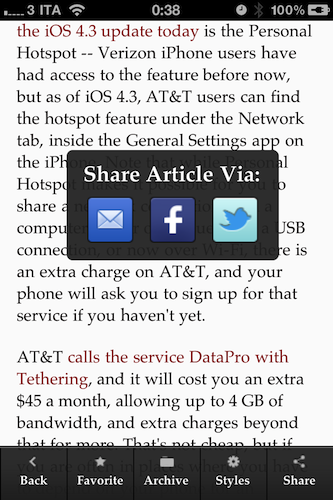