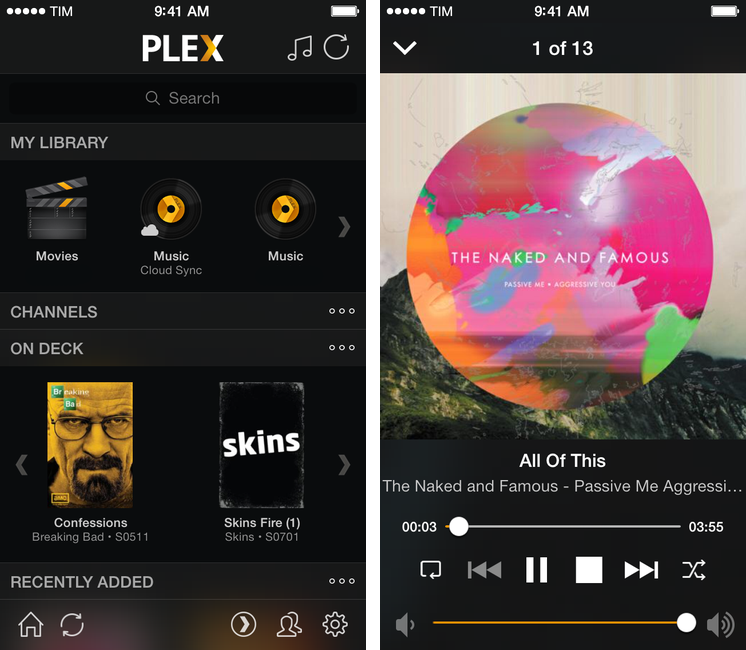 Plex for iOS, a native client for the company’s media manager, has been updated today with support for iOS 7. Version 3.3, available on the App Store, introduces a tweaked look to match Apple’s new OS, as well as bug fixes and changes to the media player.

The app hasn’t been revolutionized in its transition to iOS 7: the main screen has stayed the same, with sections to access your library, channels, and media that is either on deck or has been recently added to your Plex. There are no new options in the Settings, which still allow you to log into your myPlex account and configure playback preferences for synced and remote media.

There’s been, however, a general clean-up of the UI: gone are iOS 6 toolbars and buttons, leaving room for translucencies, redesigned icons, and simplified navigation bars. Translucencies are especially fitting as they make colorful media artwork show through the interface, but it still feels like Plex could use a major redesign (particularly on the iPad) as it has remained largely unchanged since 2011. According to the developers, “lots more user interface improvements” are coming.

The media player (pictured above) has been updated, and the app is now capable of recognizing URLs in the clipboard upon launch, so that you’ll have a shortcut to quickly put content from the web in your Plex queue.

You can get Plex 3.3 on the App Store. Last week, the company released (after a long beta period) version 1.0 of Plex Home Theater, a Mac app to access your Plex content without having to use Plex/Web.