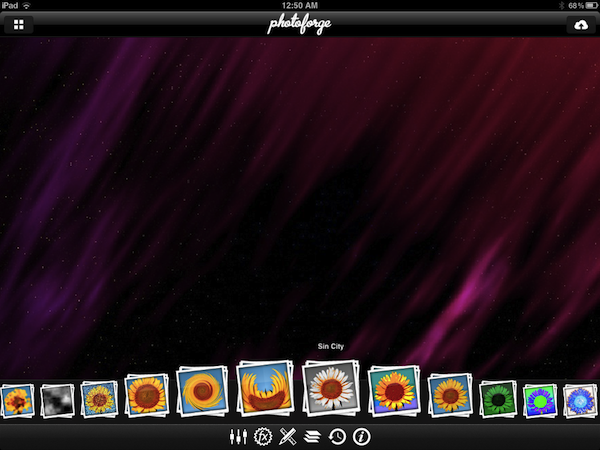 Back in May I covered the release of PhotoForge 2, the successor of a popular image editor for iOS that, with the point-upgrade, gained a completely redesigned user interface, as well as a broader set of options aimed at turning the application into the most powerful image editing software for iPhone and iPod touch. Released as a standalone app (as the App Store doesn’t allow for paid upgrades) and sporting revamped social sharing functionalities with an OS X-like dock UI, PhotoForge had an incredibly successful launch – but one piece was missing: the iPad version. The developer teased the app ahead of the launch as a universal application for iPhone and iPad, yet in May users only got the “smaller” iPhone counterpart that, due to the limitations of the device, couldn’t fully take advantage of real screen estate for image editing.

Released today as the promised universal update, PhotoForge 2 now runs on the iPad as well and it’s available for download right now at $1.99. The iPad version of PhotoForge 2 doesn’t surprise, but it’s better than the iPhone version: whereas most of the times I’d despise an iPad porting that only makes the iPhone UI bigger, this time the conversion seems appropriate for PhotoForge: controls are made bigger but don’t get in the way because of the iPad’s large screen, toolbars provide a nice minimal frame around the photo you’re editing. And because the iPad 2 comes with cameras, this means you’ll be able to edit and improve photos shot with your device. Furthermore, the new PhotoForge 2.0 fixes several bugs reported by developers running iOS 5. The same features of the iPhone version have been ported over: layers, exposure control, brightness and contrast, or standard RGB levels are all there. The app comes with a selection of effects similar to those seen in Instagram and Camera+ that you can apply to your files in real time, in seconds. As also tested on the iPhone’s original version, the app has full layer management capabilities with handy controls on the side, a detailed info panel to check metadata of an image, and various sliders and menus to tweak the appearance of a file with levels, curves, brightness and noise regulation, or noise reduction. There’s a lot to explore and play with in PhotoForge 2, and I like I said the iPad’s screen makes the whole experience ultimately better when it comes to tapping, sliding and moving your finger around to edit an image.

Other changes in this release include:

PhotoForge 2 was the image editor to have on the iPhone, and the universal update is simply a must-have at this point. You can download PhotoForge 2 at $1.99 on the App Store. Check out more screenshots of the app after the break. 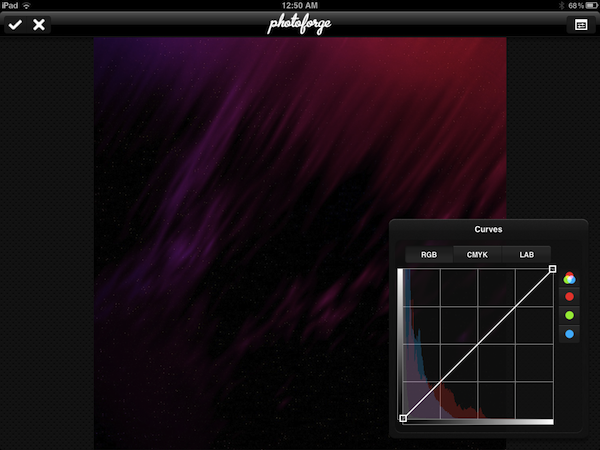 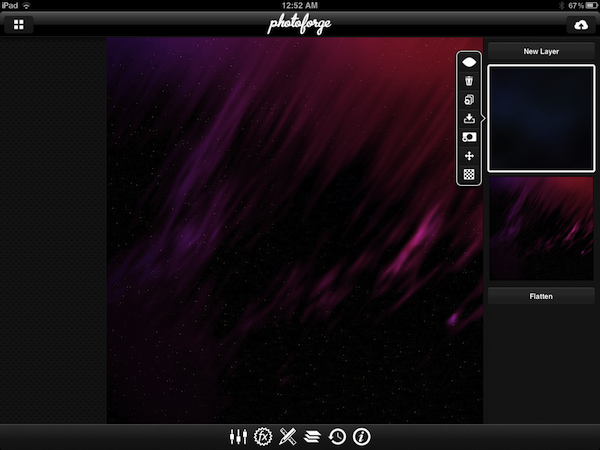