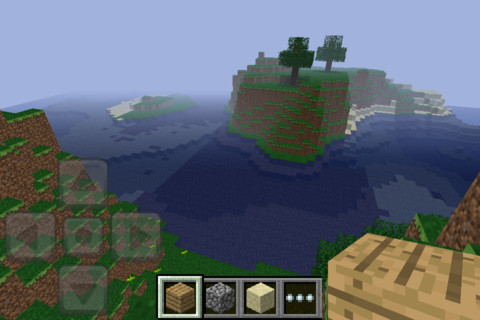 Mojang’s Minecraft, a popular sandbox building game that gathered quite a following in the past year since its “beta” release, is coming to iOS as a universal app later today, GamePro reports. Minecraft: Pocket Edition is already available in the New Zealand App Store and, as usual with timezone releases in iTunes, it should become available in the United States later today at 11 PM. The game is currently propagating in the various international App Stores.

In the past year, several unofficial clones of Minecraft surfaced on iOS. Ever since developer Notch and his company, Mojang, announced an official mobile version – the aforementioned Pocket Edition – buzz started building around the game as fans of desktop Minecraft were anticipating a way to enjoy Minecraft’s game mechanics (an open world where you can build virtually anything using “blocks”) on mobile devices. Minecraft: Pocket Edition was initially released on the Xperia Play and, with Minecraft hitting 1.0 version this week and MineCon underway, is now coming to the iPhone and iPad.

Minecraft: Pocket Edition is available now at this link, and is expected to go live worldwide today.