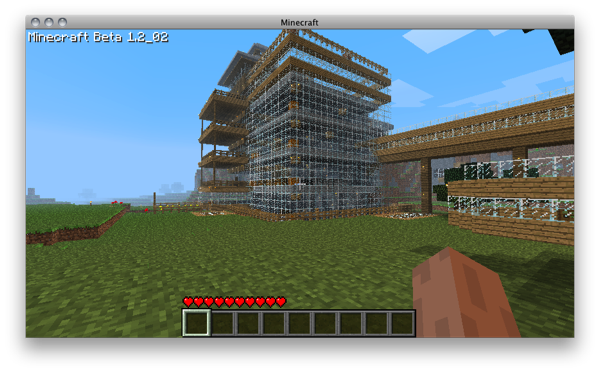 If you’re as addicted to Minecraft as I am, then you’ll be excited to learn that the hit block building title will be arriving to iOS later this year. Gamasutra reports that Markus Persson has revealed to the site that the game won’t be an exact port, but rather will be granted features that “make sense” for touch screen devices.

Minecraft is currently in the beta stages, with a full release planned sometime this year. So far over 1.3 million copies of the game have been purchased, with nearly five million registered accounts on the official site.

Minecraft has been a massive success in indie gaming, and there’s been a lot of interest from the community in an iOS version since the game’s inception. Aron Neiminen, a new recruit to the Mojang team working on Minecraft, will be developing the iOS version that’s to be released at an unannounced date.