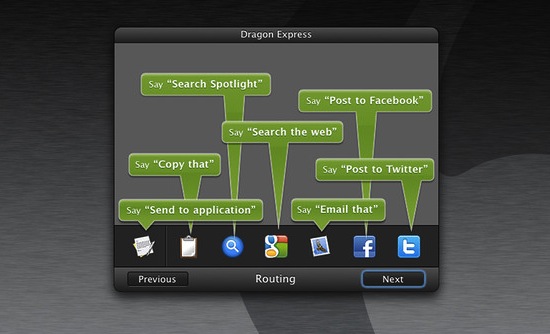 Nuance today released a new product of the “Dragon” dictation family for OS X, called Dragon Express and available at $49.99 on the Mac App Store. Dragon Express lives in the OS X menubar and can be activated with a single click or keyboard shortcut, allowing users to open the utility and start talking into a Mac’s built-in or external USB microphone. Using Nuance’s speech recognition technology, Dragon Express will transcribe the spoken text into the app’s window, with options to forward the text to other apps, search it with Spotlight or Google, email it, copy it to the clipboard, or share it on Facebook and Twitter.

Nuance is positioning Dragon Express as a lightweight version of the popular Dragon Dictate, which has more features and comes at a higher price. Dragon Express should be an “introduction” to speech recognition for OS X customers, and the company has even posted a handy comparison chart to see the functionalities available in Express and Dictate. 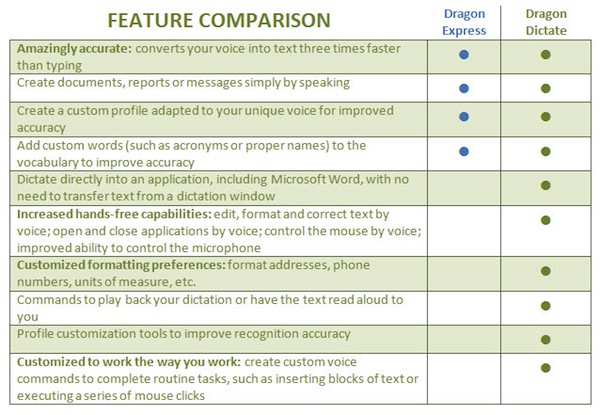 Dragon Express works locally (it doesn’t require network connectivity) and according to Nuance it’s “easier to use” than the full-featured Dragon Dictate. From the press release:

Those looking to try Nuance’s speech recognition technology and services for the first time might want to try Dragon Express, available at $49.99 on the Mac App Store. Nuance is also offering Dragon Express customers the opportunity to upgrade to Dragon Dictate for $99. Nuance isn’t new to Apple customers, offering a variety of iOS and OS X apps and also powering OS X Lion’s built-in voices.