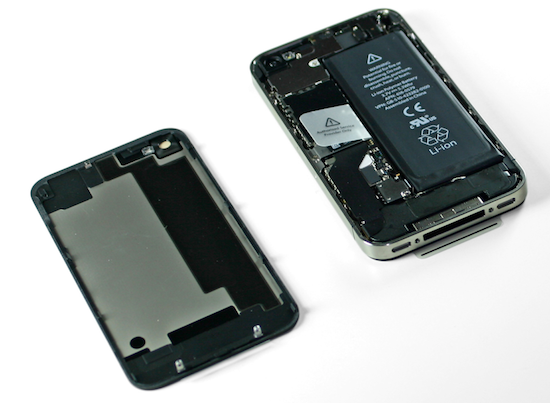 As usual with every new Apple gadget, the team over at iFixit has decided to tear down the latest iPhone 4S – which officially comes out tomorrow in seven countries, albeit some customers have already managed to get their hands on it – to take a peek inside the improved hardware of Apple’s new iPhone. As a quick recap, the iPhone 4S represents a significant change from the iPhone 4 in terms of internal components: whereas the design is the same of the old-generation model, the 4S comes with a dual-core A5 processor, a new wireless system with “intelligent” antenna design capable of switching between two antennas, world phone capabilities for GSM roaming, and a new 8 megapixel camera sensor with backside illumination. We have already discussed how the iPhone 4S appears to be a great mix of hardware and software – on the iOS side, in fact, the device comes with exclusive access to Siri, a new voice assistant.

In their teardown, iFixit notes the iPhone 4S’ battery has an extra .05 WHrs over the iPhone 4. The iPhone 4S has, however, much power-consuming hardware than the older generation unit, which leads iFixit to believe “power consumption seems rather efficient” with 8 hours of 3G talk time, 6 hours of 3G browsing, and up to 10 hours of video/40 hours of music. The iPhone 4’s battery, part of iFixit’s teardown last year, featured 5.25Whr; the iPhone 4S does 5.3Whr with the same 3.7V polymer battery.

The iPhone 4S’s logic board seems to bear “a close resemblance” to its Verizon iPhone 4 counterpart; indeed, the iPhone 4S also shares the same exterior design of the older CDMA iPhone 4, which has little differences from the GSM iPhone 4. In taking a look at the logic board, iFixit notes the two major components are the new CPU and new 3G chipset from Qualcomm, listed below.

As previously rumored, iFixit confirms the iPhone 4S has 512 MB of RAM – a marking on the A5 chip (“E4E4”) seems to confirm this. There was much speculation surrounding the iPhone 4S’ RAM as other rumors in the past claimed the new iPhone would have 1 GB of RAM – clearly that’s not the case.

Other chips identified on the logic board:

Other notes of interest:

We’ll update this post with more details as iFixit uncovers more components during the tear down. For now, keep in mind that the iPhone 4S has a much improved processor, camera, same amount of RAM and completely re-engineered 3G system.