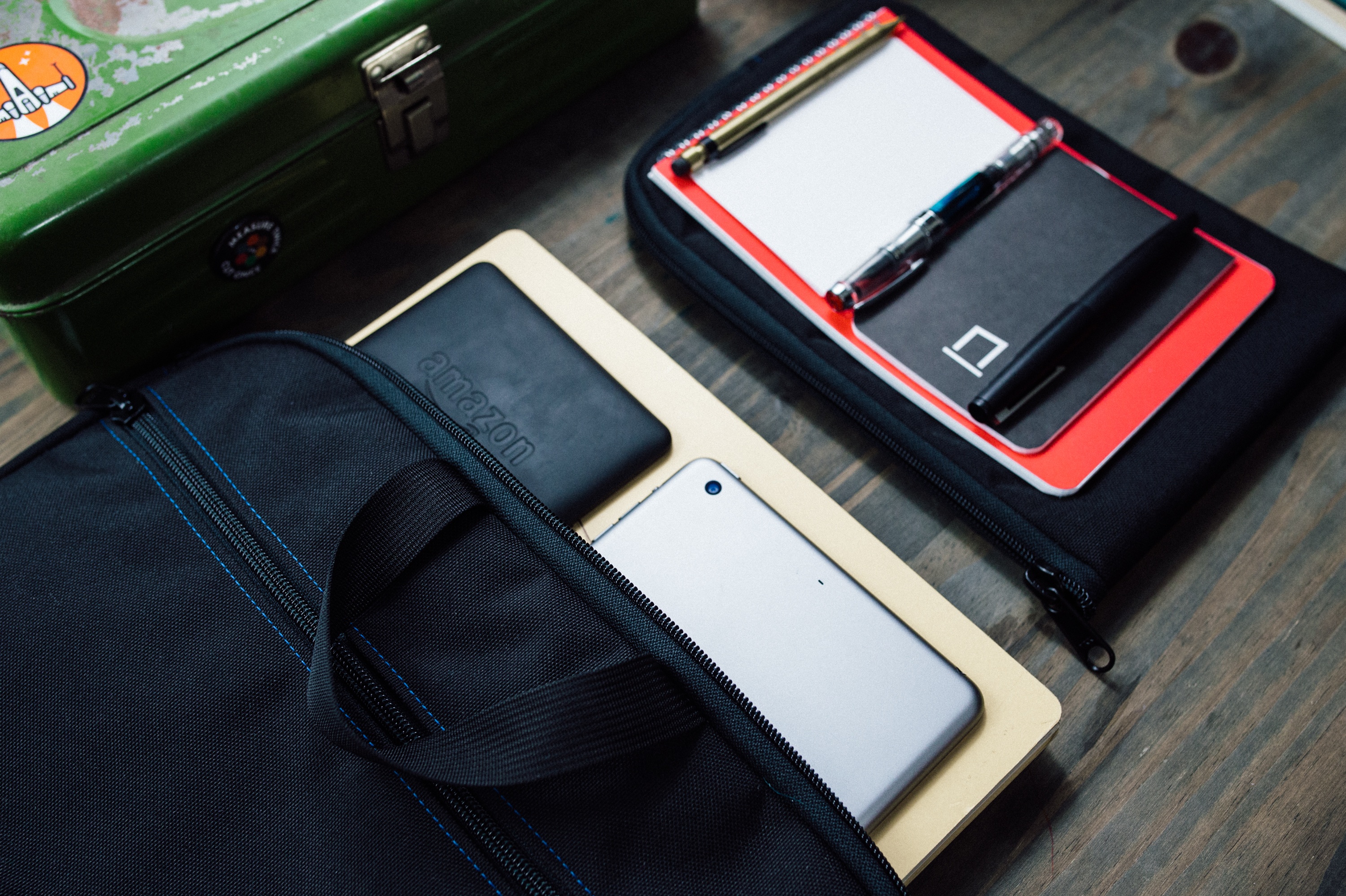 Nock Co. founded by Brad Dowdy and Jeff Bruckwicki, has been making cases for pens and notebooks and paper products for three years. Today, Nock launched a Kickstarter campaign to expand its line of cases to include a slimline briefcase called The Lanier. Brad was kind enough to send me a prototype of The Lanier a couple of weeks ago, so I thought I would share my impressions of it with MacStories readers.

The Lanier got an unexpected stress test on the way to my home. The box that arrived on my doorstep looked like it had been run over by a truck and taped back together. Brad had tucked a few notebooks inside a pocket of The Lanier, which were in perfect shape despite the abuse the bag took at the hands of the US Postal Service. This is a tough little bag. 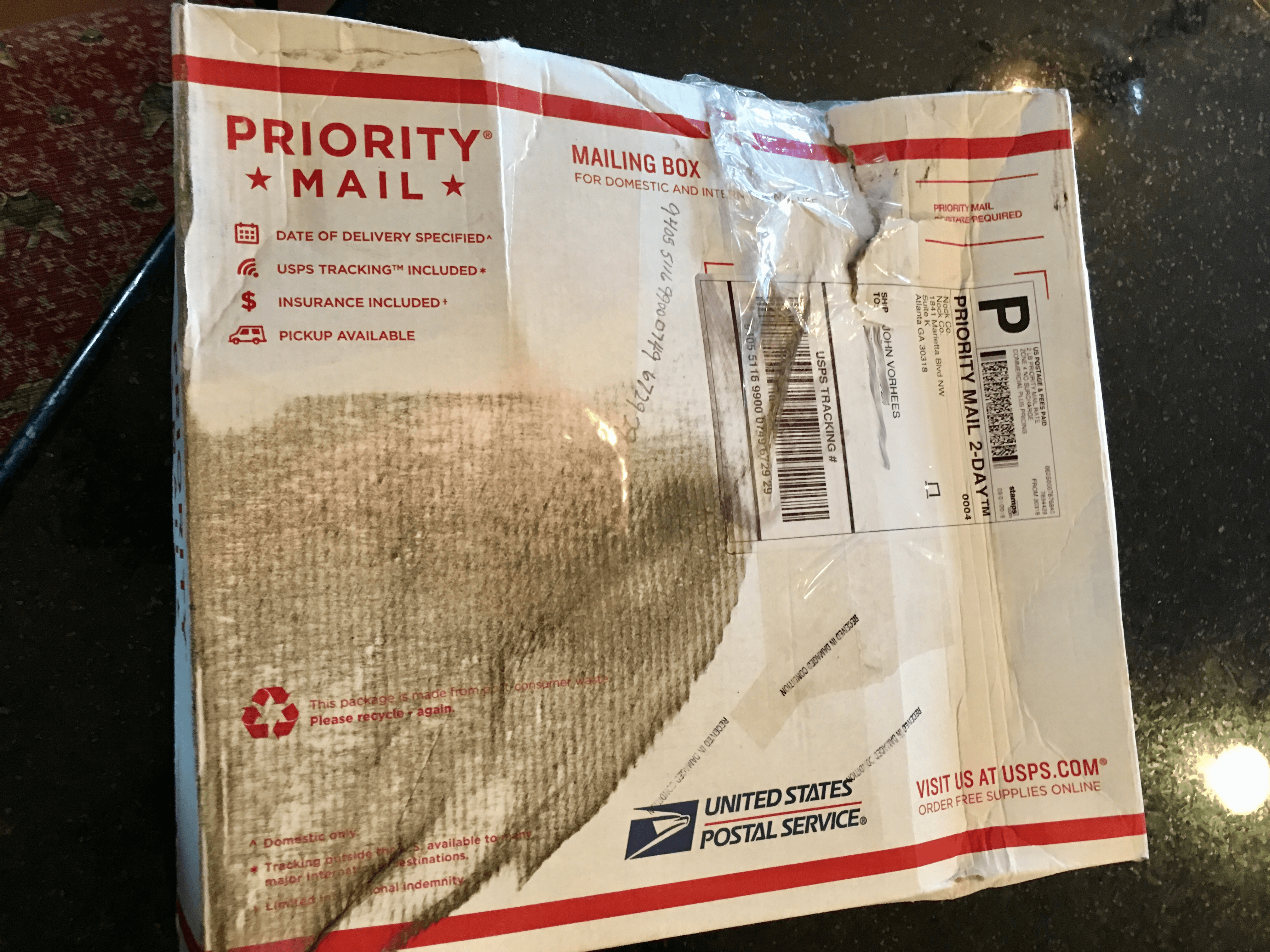 Despite the US Postal Service’s best efforts, The Lanier made it to my doorstep in perfect condition.

The Lanier is made of durable nylon with a handle on the top and the overall build quality is excellent. This is not a big bag - it’s just 14 1/4” wide by 10 1/2” tall by 1” deep - but it makes the most of the room it has. The main compartment easily handles my 12.9 inch iPad Pro. And even though the Kickstarter page bills The Lanier as compatible with 13” laptops, I was able to snuggly, but comfortably, use it to carry my 2015 15” Retina MacBook Pro too.

Tucked into a second pocket on the outside of the Lanier is a zippered insert reminiscent of Nock’s pen and notebook cases. Inside there is room for accessories like power cables, notebooks, pens, and other small items. 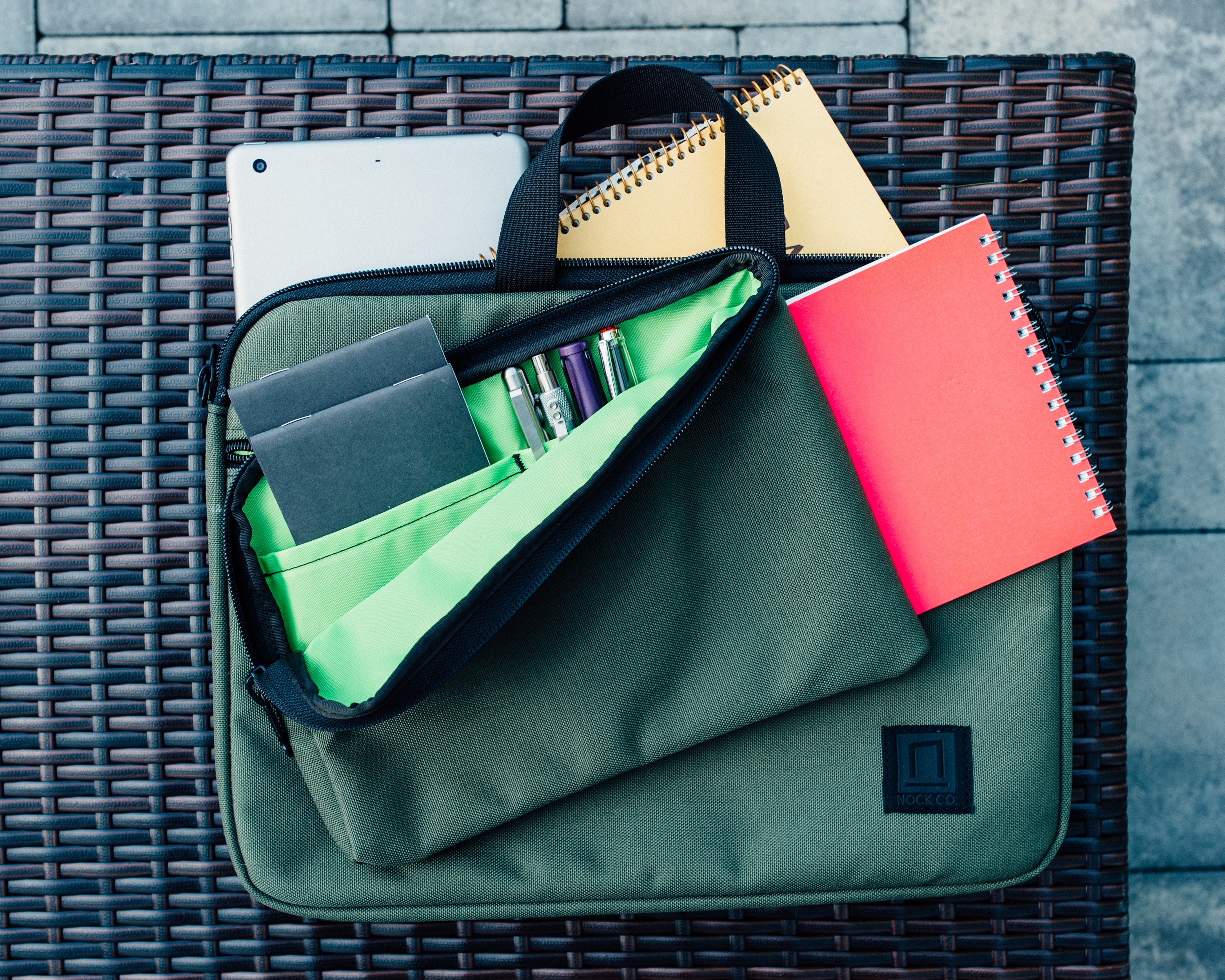 A surprising amount of stuff fits in this little bag.

My daily commute involves about a mile walk, followed by a train ride into Chicago, with another shorter walk on the other end of the train line. Because I walk a fair amount, I like to have my hands free to use my iPhone. As a result, I have not been carrying The Lanier, which does not have a shoulder strap, by itself.

Instead, because The Lanier is so slim, I’ve been using it as an insert in my messenger bag, which has given me added flexibility throughout the day. I often go for a walk through Chicago’s near west side neighborhoods to take a mid-day break and get a little writing done. The Lanier has been perfect for that. I can grab it, along with my iPad, a notebook, pen, and Apple Pencil with room to spare, and head out without taking my bigger, heavier messenger bag. For these shorter jaunts I don’t mind not having both hands free, preferring instead to travel light. I think if I worked closer to home I’d probably use nothing but The Lanier.

Nock’s Kickstarter is off to a good start. Of Nock’s $35,000 goal, it has already raised over $26,000 as of the publication of this article. If you jump into the first wave and pledge $80, Nock is estimating you will receive The Lanier in April 2017. Once the $80 pledge level is full, you can pledge $88 to receive The Lanier. After the Kickstarter is complete and The Lanier officially launches, it will cost $98.