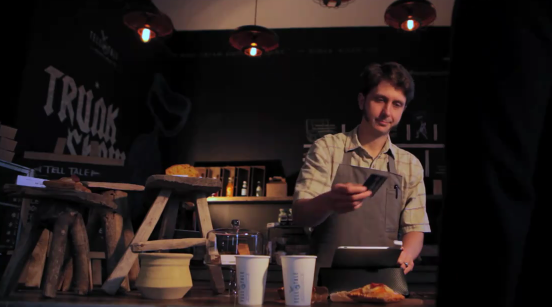 Yesterday was a pretty big day for Square, with the mobile payments startup managing to reach the milestone of processing more than $1 million in payments per day. It was also featured in Apple’s 2010: Year of the iPad video that was played at its iPad 2 event yesterday (you can stream or download the keynote if you missed it, Square is featured 11 minutes in).

The startup has processed a steady increase in payment transactions since last fall when the figure was a couple of million dollars per week. In January, Kevin Rabois, the chief operating officer of Square, said that they expected to process $40 million in transactions in Q1 2011. Also compared to last fall the company is also adding 100,000 new merchants per month as opposed to 30,000.

Last week Square dropped its $0.15 per transaction charge and is now solely earning the flat 2.75% commission on all transactions. In addition to being quite popular through word of mouth across the tech community, Square has recently received $27.5 million in new funding and also has its own billboard in Times Square.

If you are unfamiliar with Square, it is a service that they describe as enabling “anyone to accept credit cards anywhere” and indeed anyone can request the Square reader (which they send for free) and simply plug it into a supported iOS or Android device, turning the device into credit card reader. It’s a really neat solution for small business owners, selling second-hand goods or just getting payed back by a friend who never has cash on them.